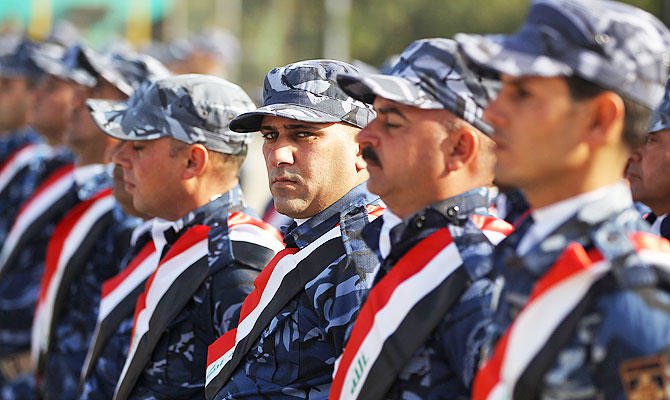 KIRKUK, Iraq: Iraqi special forces deployed Thursday in Kirkuk after the raising of the Kurdish flag over a political party headquarters revived tensions more than a year after Baghdad seized the disputed northern city.

Under Iraq’s constitution, multi-ethnic Kirkuk province is controlled by the central government in Baghdad.

Kirkuk is one of several regions that Kurdish peshmerga fighters took over in 2014 as jihadists from the Daesh group swept through much of northern and western Iraq.

Angered by an independence referendum held in the three provinces of Iraqi Kurdistan as well as in disputed border areas including Kirkuk, Baghdad deployed federal forces to retake the oil-rich province in 2017.

The vote saw more than 92 percent of Kurds back secession, but the federal government rejected the poll as “illegal,” imposed economic penalties and seized the disputed Kirkuk oil fields, halting exports.

In December Baghdad and Iraqi Kurdistan announced a deal to resume oil exports from Kirkuk.

Prime Minister Adel Abdel Mahdi, seen as a consensual figure who has settled disputes between Kurdistan and Baghdad in the past, appealed to Saleh after the flag was raised on Tuesday evening.

Abdel Mahdi spoke by telephone to the president, who was on a visit to Qatar, the premier’s office said.

Abdel Mahdi complained that flying the flag above party headquarters in Kirkuk is “a violation of the constitution.”

He suggested the matter be referred to the Supreme Court, which had ruled the independence referendum was illegal.