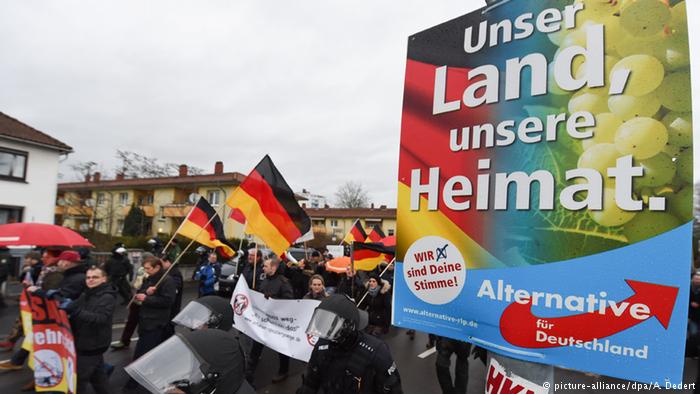 On the very sad occasion of the 25th anniversary of the 1993 Solingen arson attack tragedy, we stated in our article on the subject that “racism, xenophobia and Islamophobia are on the rise. Xenophobia involving aggression and violence has now reached extreme levels and has taken the place of old-style of racism. Racist forms of discrimination have metamorphosed into publicly-accepted extreme xenophobia.”[1]

Recently on 7 November 2018 the findings of the Leipzig Authoritarianism Study 2018 on authoritarian and far-right attitudes in Germany presented in Berlin by Dr.Oliver Decker and Professor Elmar Brähler of the Competence Centre for Research into Right-Wing Extremism and Democracy at Leipzig University. We understand from the announcement that study was conducted in cooperation with the Heinrich Böll and Otto Brenner Foundations.[2]

We understand that the researchers, in the context of the study, surveyed 2416 people (west: 1918, east: 498) focusing on the topics of advocating a right-wing authoritarian dictatorship, xenophobia, anti-Semitism, social Darwinism, chauvinism, and trivialization of National Socialism.

The key finding of this study was announced in the Press Release of Leipzig University with the title of “Nearly one in three Germans support xenophobic views; prejudice against individual groups on the rise”. According to study director Dr. Decker, the survey “shows quite clearly that xenophobia is becoming increasingly widespread throughout the country.”[3]

The study also finds “an alarming increase in prejudice against Muslims.”  According to Professor Brähler, “while in 2010, for example, around 33 percent of respondents claimed that they felt like foreigners in their own country because of large numbers of Muslims, in 2018 this figure has risen to 55 percent in both eastern and western Germany”.

The findings of the survey show that anti-Semitism is widespread. In that respect, one in ten respondents explicitly agree with the statement that “there is something special about Jews and they don’t really fit in with us”, while a further 20 per cent implicitly agree with it. Up to one-third of respondents agree at least in part with anti-Semitic statements. In fact, very recent CNN comprehensive report on rise of anti-Semitism in Germany indicates the similar results. According to CNN, 76% of Germany's Jews believe anti-Semitism is a problem, whereas 77% of non-Jews in Germany believe the opposite. It is also striking that 40% of young German adults know little to nothing about the Holocaust. [4]

Prof. Brähler evaluates that “people with far-right views are now turning away from the CDU and SPD political parties and finding a new home in the AfD (Alternative for Germany).”

These findings of the survey speak for themselves. As we mentioned in our above referred article, back in 1991 historian Eric Hobsbawn stated that “xenophobia looks like becoming the mass ideology of the 20th century fin de siècle.” It seems that this foresight turns into a desperate reality for the first quarter of 21st century.