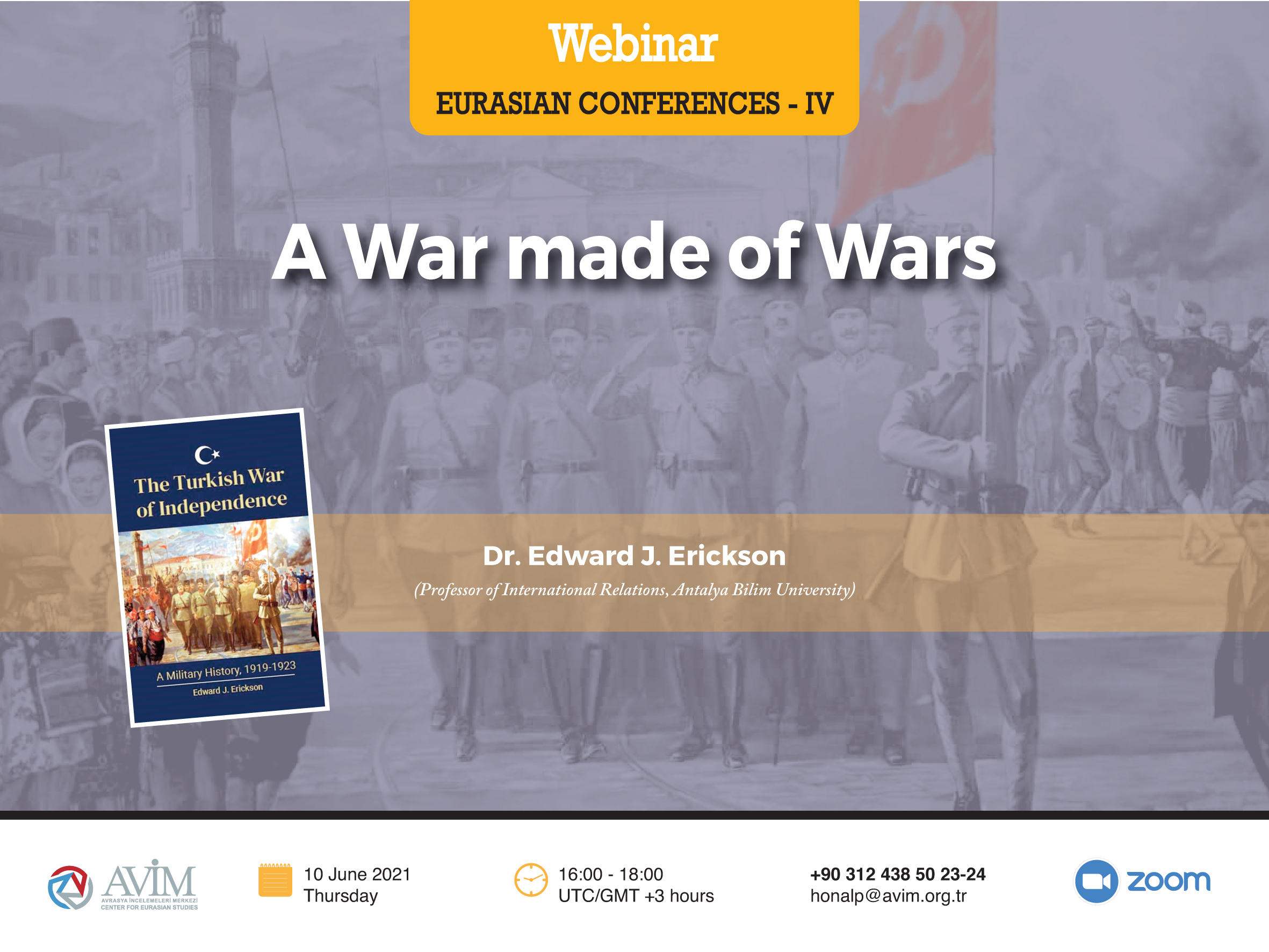 The Turks call the period of sustained war between 1919 and 1923 İstiklâl Harbi (the Independence War) and Millî Mücadele (the National Struggle), while many English-language histories call it the “Turkish War of Independence” or the “War of National Liberation.” The fighting in western Anatolia and the Aegean littoral is often called the “Greco-Turkish War” but this is an incomplete description when considering the multi-front entirety of the war between the Nationalists and their French, Greek and Armenian opponents, latter two the proxies of Allied powers. Simultaneously, while fighting invaders, the Nationalists fought bitterly to put down numerous insurgencies in Anatolia as well as mobilizing the Turkish nation to arms. Addressing these complexities of the Turkish national struggle in the early twentieth century, in his newly published book “The Turkish War of Independence, A Military History, 1919-1923” (Praeger Publishing, May 2021), Professor Erickson presents the Turkish War of Independence holistically as “A War made of Wars” and explains how the Nationalists won against great odds.

In the webinar Professor Erickson will discuss his book, which fills a significant gap in our understanding of a major episode in Turkish history by conceptualizing the Turkish War of Independence as an early example of modern ‘hybrid­war’ as a combination of differing types of wars - conventional, unconventional, counterinsurgency, and political­economic-information warfare.

Kindly note that pre-registration is mandatory and that participation in the event is limited to the first 100 registrants.

The webinar will be in English. There will be no translation service.

* The video recording of the webinar will be broadcasted on AVİM website and social media afterwards.