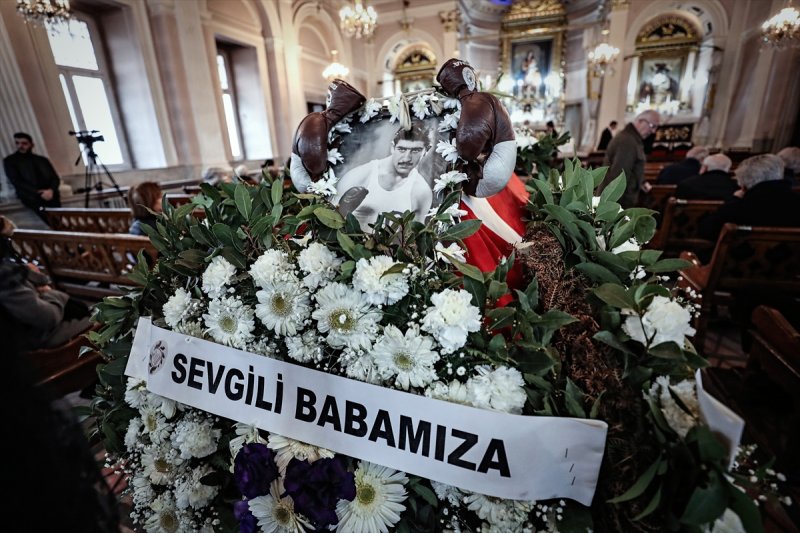 Turkey’s first professional boxer Garbis “Iron Fist” Zakaryan, who had passed away on Sunday 26 January 2020, was laid to rest on Wednesday at the Şişli/İstanbul Armenian Cemetery after a funeral ceremony held at the Beyoğlu/İstanbul Üç Horan Armenian Church. Upon Zakaryan’s will, his coffin was wrapped with the Turkish flag. Alongside his family members and loved ones, Zakaryan’s funeral was attended by the Turkish Minister of Youth and Sports Mehmet Muharrem Kasapoğlu, Governor of İstanbul Ali Yerlikaya, Armenian Patriarch of İstanbul Sahak II. Maşalyan, Mayor of Beyoğlu/İstanbul Haydar Ali Yıldız, Director General of Sports Affairs Mehmet Baykan, and the President of Turkish Boxing Federation Eyüp Gözgeç.

Minister of Youth and Sports Kasapoğlu made the following statement after Zakaryan’s funeral ceremony; “We are sending off a very important and cherished elder brother of ours on to the eternal journey. Garbis Zakaryan was an exemplary figure in every respect both for our society and our sportspeople due his exemplary character and athletic attributes. We are in grief due to his loss. For years we felt pride and honor with his successes and waving of our star and crescent flag. We will carry on Zakaryan’s legacy by instilling his character, loyalty, diligence, and morality more strongly in our youth. [...] We would like to express our condolences to his dear family, the Armenian community, the sports community, and our people.”

Concerning Zakaryan, Patriarch Sahak II stated; “He is a synthesis of Turkey. People like him will serve as a source of inspiration for attaining the unity and solidarity of us all.”

Mayor of Beyoğlu Yıldız stated: “We are sending off to eternity a cherished elder of ours. This funeral ceremony showcases to the entire world our unity and solidarity. I would like to express my condolences to our Armenian community and all our people. […] He was a true gentleman whom we could relate to as our elder brother. May he rest in peace. I wish patience for his family.”

Garbis Zakaryan was born in 1930 in Bitlis. Taking up an interest in boxing at the age of 14, Zakaryan entered the ring as an amateur when he was 16. He ran 4-5 kilometers in the mornings to get in shape. He first started fighting at 48 kilos, then moved up to 67 kilos. In 1947, he became a national athlete by participating in the first international match of the Turkish national boxing team. He defeated his opponent in the international match against Spain that Turkey lost 5 to 3. With that, Zakaryan became one of the 3 athletes to bring Turkey’s first international victory. While fighting for team Galatasaray, he became the İstanbul and Turkey amateur champion in the years 1948, 1949, and 1950. In 1950, he became Turkey’s first professional boxer. Zakaryan fought 200 amateur and 51 professional matches. He won 36 of his professional matches, while ending up in a tie in 7 of them. In 1964, he defeated his Lebanese rival Maroun Jeres and assumed the title of Middle East Champion, thereby bringing championship to Turkey. Apart from this championship, he also defeated the world-famous French boxer Titi Clavel. Zakaryan concluded his 22-year boxing career in 1966 and became a boxing coach. Throughout his coaching years, he trained many athletes including the European Champion Turkish national boxer Cemal Kamacı.

We would like to express our condolences to his family and loved ones. May our national athlete Garbis Zakaryan rest in peace. 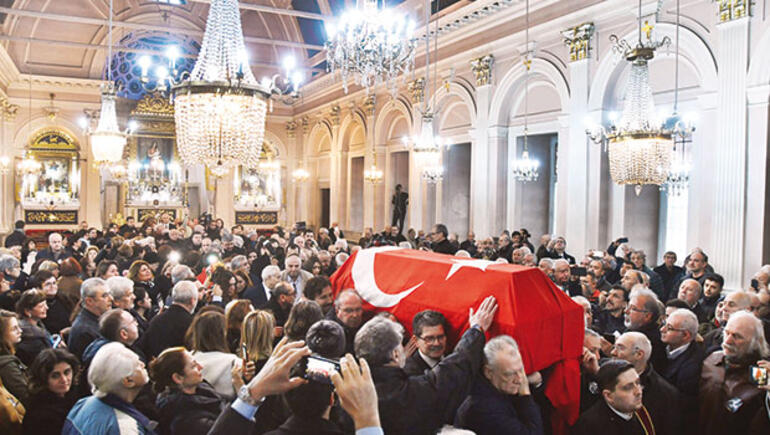