TURKISH-ARMENIAN RELATIONS EXHIBITION: “WITH THE INTENTION OF THE POMEGRANATE”
Share : 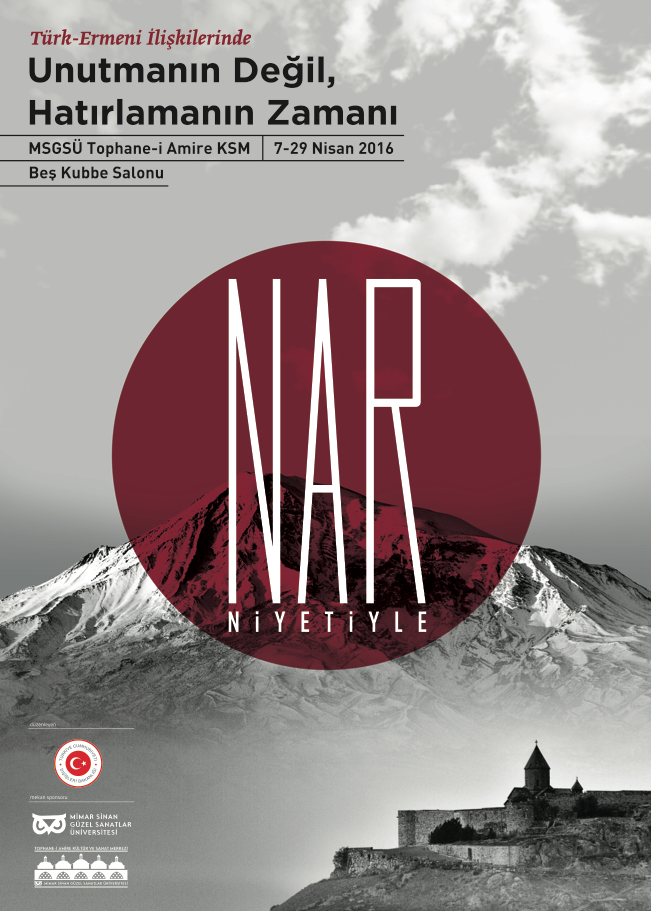 On 6 April 2016 in the Tophane-i Amire Culture and Arts Center of Mimar Sinan University of Fine Arts, the Ministry of Foreign Affairs of the Republic of Turkey held the inauguration of a postcard exhibition illustrating the 800 years of Turkish-Armenian relations.

During the inauguration of the exhibition titled “With the Intention of the Pomegranate: It’s Time for Remembering, Not Forgetting in Turkish-Armenian Relations”, Rector of Mimar Sinan University of Fine Arts expressed his heartfelt appreciation to the Ministry of Foreign Affairs for its contribution in the organizing of the exhibition.

Deputy Minister of Foreign Affairs Ambassador Mr. Naci Koru also delivered a speech during the inauguration. The full text of H.E. Ambassador Koru’s speech has been provided below.

During the inauguration, the İstanbul Turkish Music State Ensemble played a selection of pieces that Armenian composers contributed to classical Turkish music during the Ottoman period. Famous musician Ara Dinkjian also provided a musical feast to the audience with his compositions. These concerts were organized by the Ministry of Culture and Tourism of the Republic of Turkey.

The exhibition, created from the comprehensive postcard collection of Orlando Carlo Calumeno, will be open to visitors between 6 and 29 April 2016.

SPEECH OF H.E. AMBASSADOR MR. NACİ KORU, DEPUTY MINISTER OF FOREIGN AFFAIRS, IN THE INAUGURATION OF THE EXHIBITION “IT’S TIME FOR REMEMBERING NOT FORGETTING IN TURKISH-ARMENIAN RELATIONS”

Honourable Ambassadors and members of the Diplomatic Corps,

I am pleased to be here together with you on the occasion of the inauguration of the exhibition, “It’s Time for Remembering, Not Forgetting”, which is in pursuit of the traces of the history of more than 800 years of Turkish-Armenian relations.

Taking this opportunity, I would like to thank Ms. Güzin Erkan, curator of the exhibition and her staff in Tasarımhane, Prof. Dr. Mr. Yalçın Karayağız, Rector of Mimar Sinan University of Fine Arts and his deputy Prof. Alev İdrisoğlu who are hosting this exhibition and everyone who has contributed to the realization of this Project.

For this Project, as the Ministry of Foreign Affairs, we are inspired by the culture of living together of Turks and Armenians which had a long history until a recent past. In this exhibition, we intend to remember all the elements of our common culture and all the experiences shaping ourselves as we take the road together.

Our primary motivation in this exhibition is to evaluate Turkish-Armenian relations, which are being imprisoned to a unique dimension, even a single year by certain circles, on the contrary we would like to look at the relationship from a humane perspective; as well as to respond to the call for establishing a common future of peace and friendship.

Thanks to its rich content, the exhibition will present the role and importance of Armenians in the Anatolian culture, in all aspects.

Furthermore, as a wonderful example of cultural co-existence, tonight we will have the opportunity to listen to the Istanbul State Chorus of Classical Turkish Music (IDTMT) with a selection of songs by Armenian composers as well as Mr. Ara Dinkjian, a globally renowned distinguished musician who is able to create a universal musical language by melodies assembled on this territory.

We admit that everyone, every individual or family has the right to remember and commemorate their history the way they prefer. We do not ignore the sufferings of all the peoples of the Ottoman Empire during the disintegration of the Empire, under the conditions of the First World War.

However, we find it completely erroneous to freeze the flow of history at one point, to impose a one-sided narrative by reducing the hundreds years of history of two peoples to a moment and to organize campaigns aiming to fuel conflicts instead of peace and dialogue.

We should not forget that the ones who abuse historical events for their political interests harm both Turks and Armenians. The ones who politicize the sufferings of the past should be aware that they are disrespectful to people who have suffered and to the memories of their grandchildren.

Turkey has put forward a sincere and constructive approach against efforts to impose the language of hatred to younger generations through campaigns of slander. The message of condolences of our President on 23 April 2014 was a breakthrough in this sense. In the period following this message, many steps have been taken along with the subsequent statements of our President and our Prime Minister last year.

We are resolute to take further steps, to give due recognition to Armenian cultural heritage in Turkey and to move forward on the road to friendship and peace. We believe that, as long as the societal relations between Turks and Armenians get normalized, those who benefit from tension and conflict will understand that their uncompromising attitude cannot be sustainable.

I want to further emphasize that it is not correct to correlate this exhibition with recent political developments and particularly with the clashes which took place in the Nagarno-Karabakh region causing sorrowful casualties. Because this exhibition is not related to Armenia. Instead, the exhibition focuses on the elements of the common culture of Turks and Armenians.

The principled approach of our country which I have just briefly mentioned, is directly linked with our efforts for the settlement of the conflicts in the Southern Caucasus, in particular the Nagorno-Karabakh conflict. I would like to underline one point. The humane ties between Turks and Armenians are strong enough that they cannot be broken due to the aggressive stance of Armenia and its actions violating international law.

On this occasion, I would like to reiterate our call on Armenia, which has been occupying one-fifth of Azerbaijan's territory since almost a quarter of a century, to put an end to the occupation in line with the relevant UN Security Council resolutions. Furthermore, I would like to renew our desire that an environment of stability would be ensured in the Southern Caucasus, which would enable the peoples of the region to reach peace, cooperation and friendly relations.

We invite the visitors of this exhibition to make an internal journey, to feel that the story is actually theirs and that the traces of our common history is still alive.

We would like to highlight the message of “unity in diversity” as expressed by the symbol of “pomegranate”, by presenting the cultural richness of Anatolia which is a meeting point of ancient civilizations.

Because we know that, as long as we manage to establish direct relations between people, we will remember that nothing related to this geography is strange and no one is the “other” to us.

We also know that,

If we don’t talk together, someone will capture our voices to shout their words of hatred.

If we don’t remember together, someone will hijack our memories to try to delete our common past.

If we don’t walk together, someone will put distance between us to break our ties of friendship.

Today, it’s time to close this gap and re-establish our historic ties.

It’s time to reunite on the goal of a common future in peace and friendship.

For all of this, it’s time for remembering, not forgetting.

I wish that this exhibition which presents us a humane perspective on Turkish-Armenian relations would be successful. 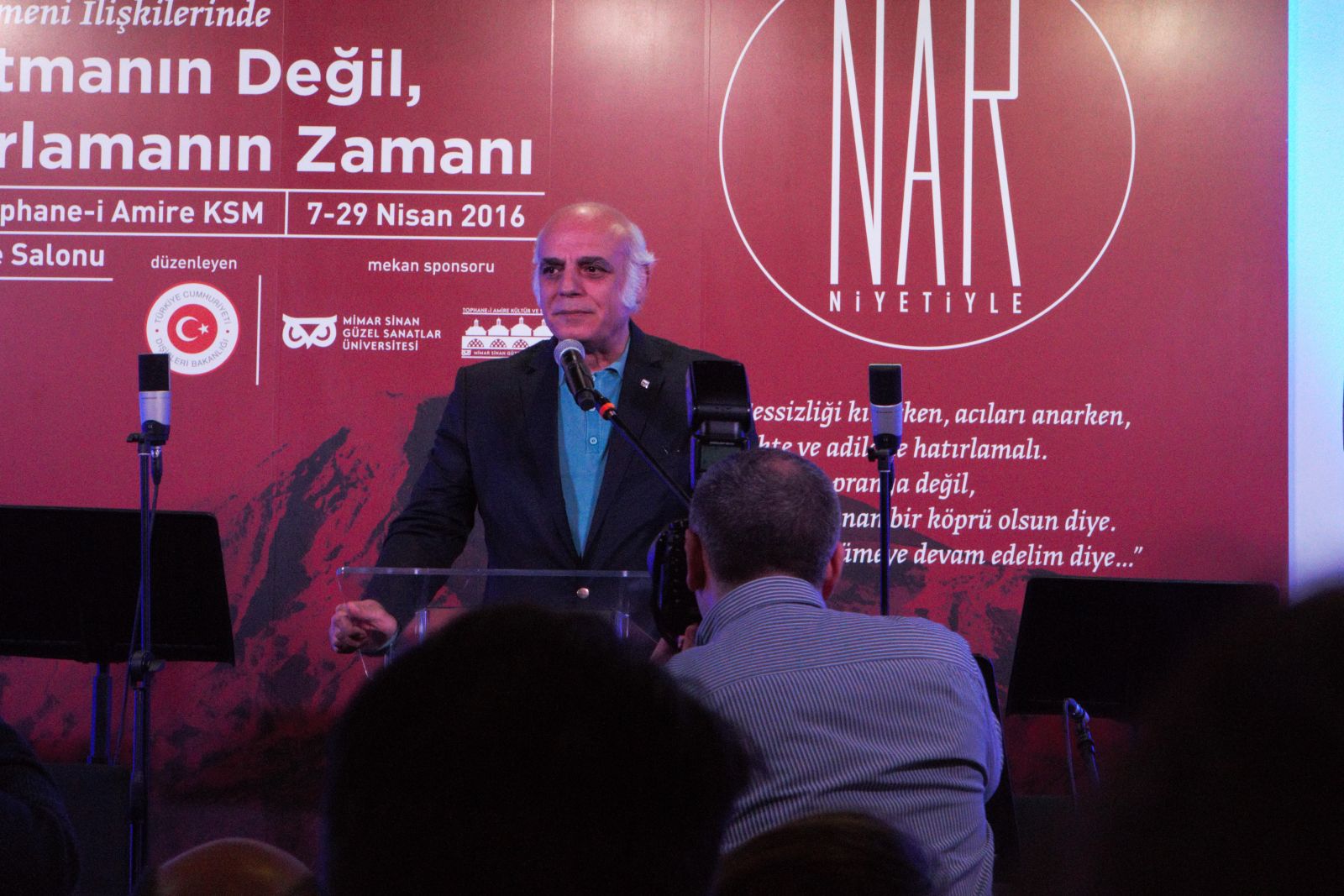 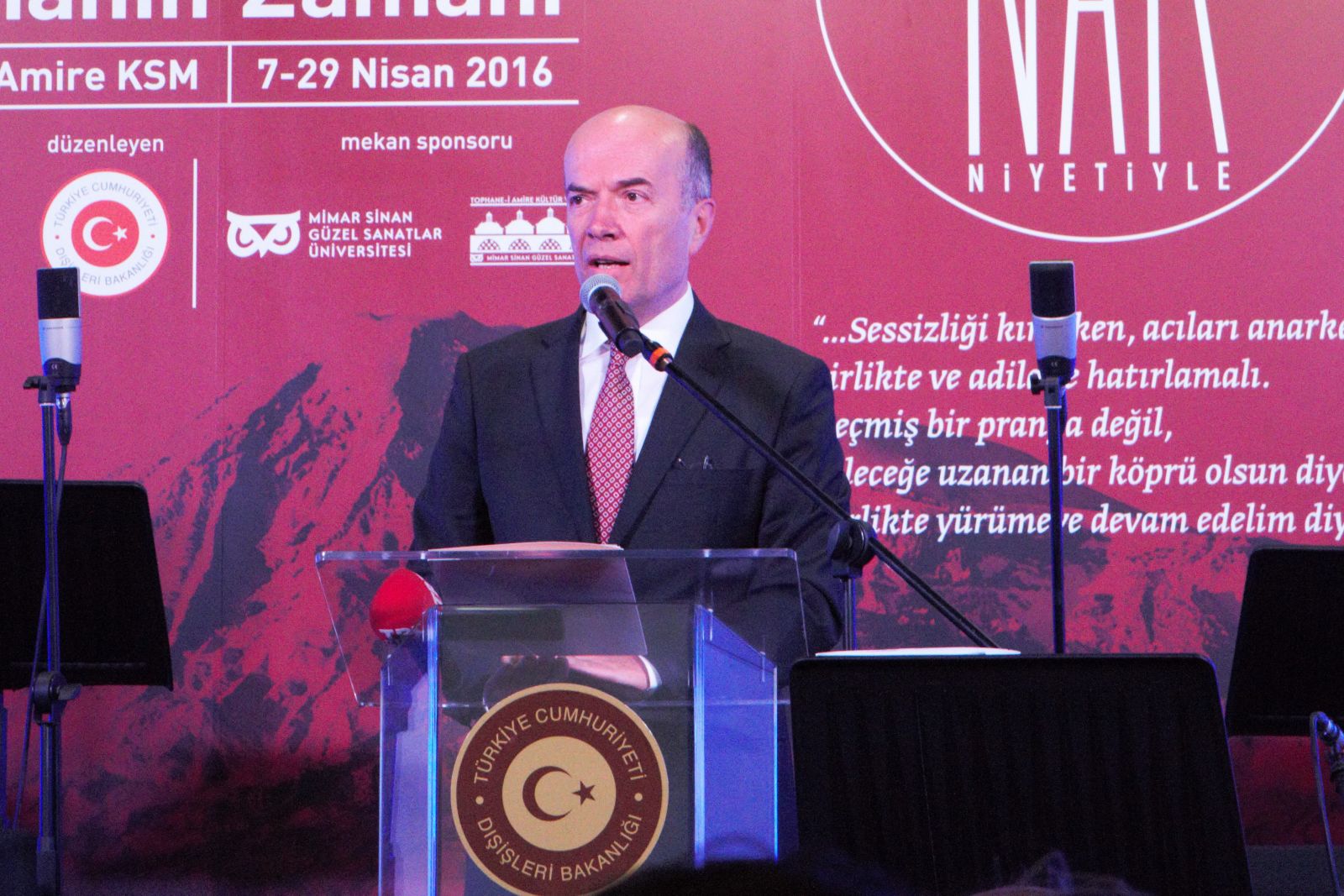 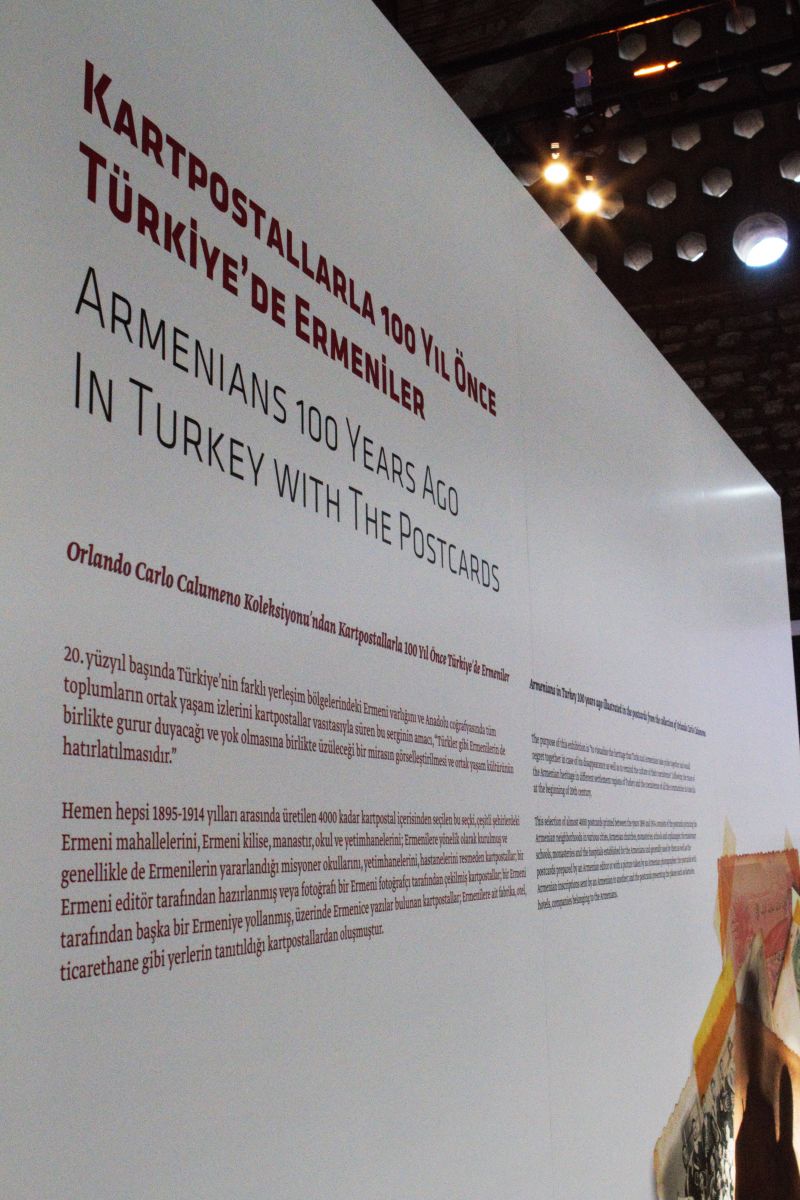 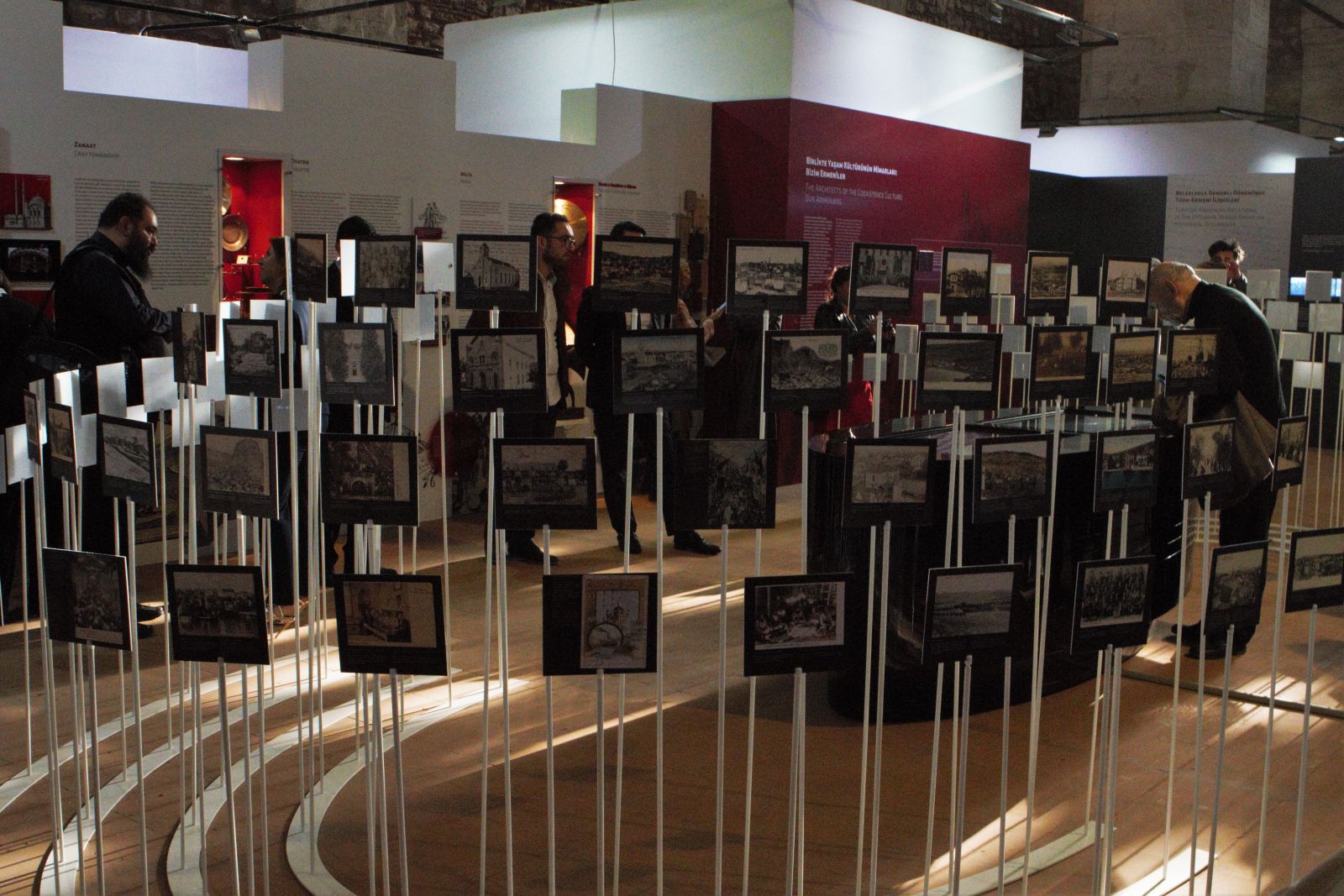 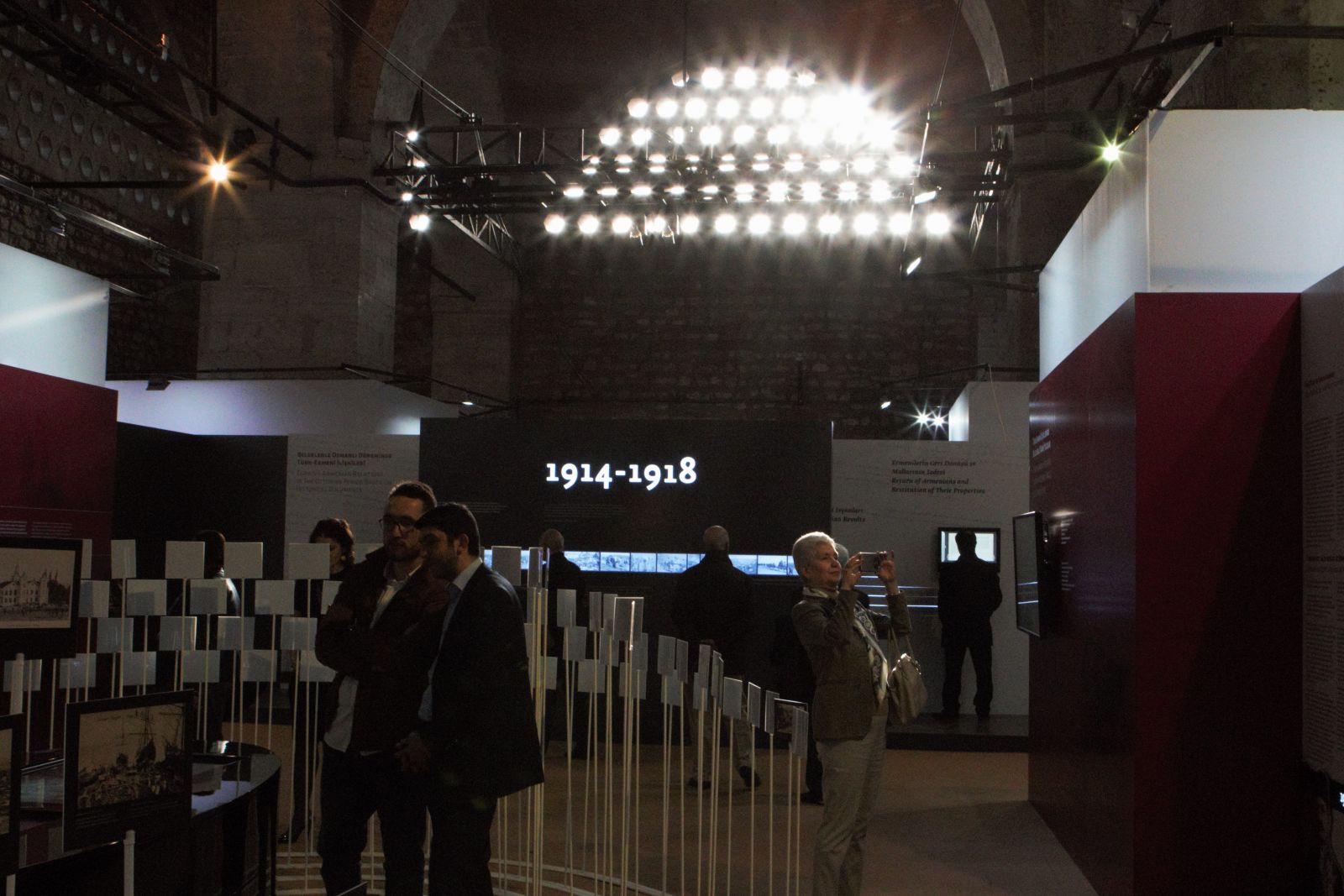 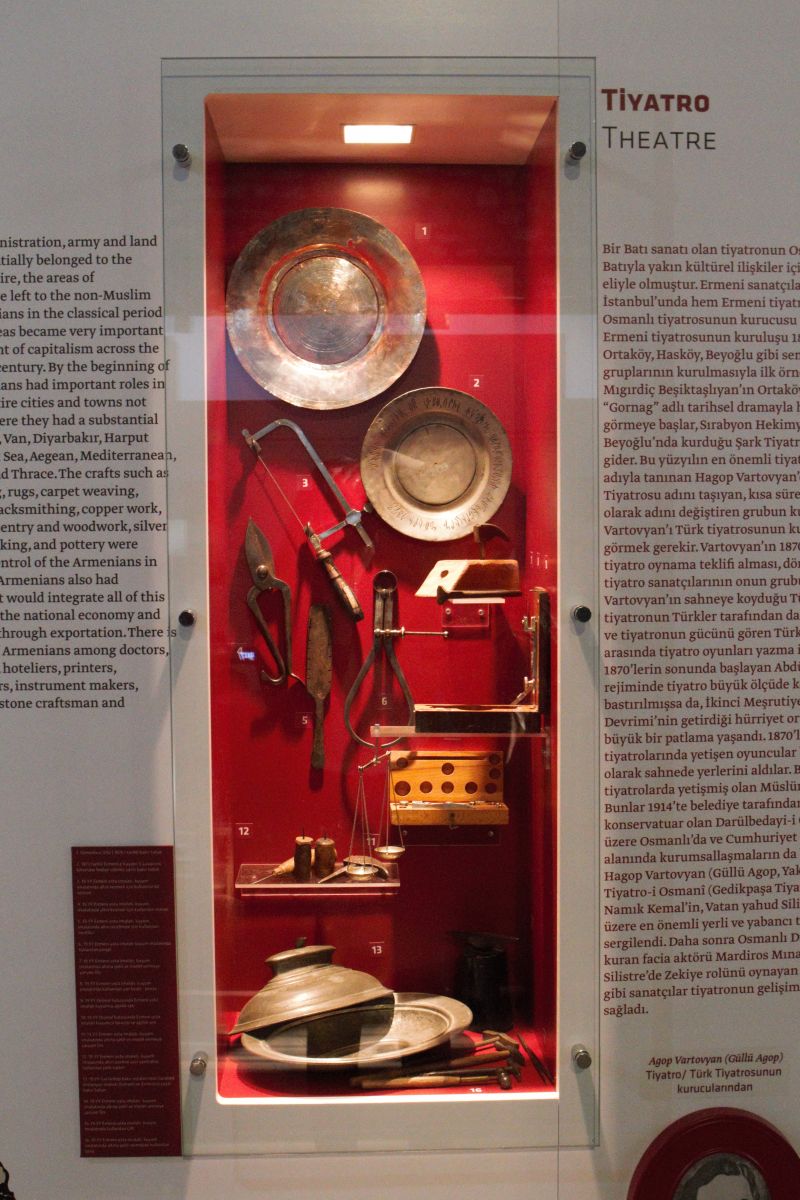 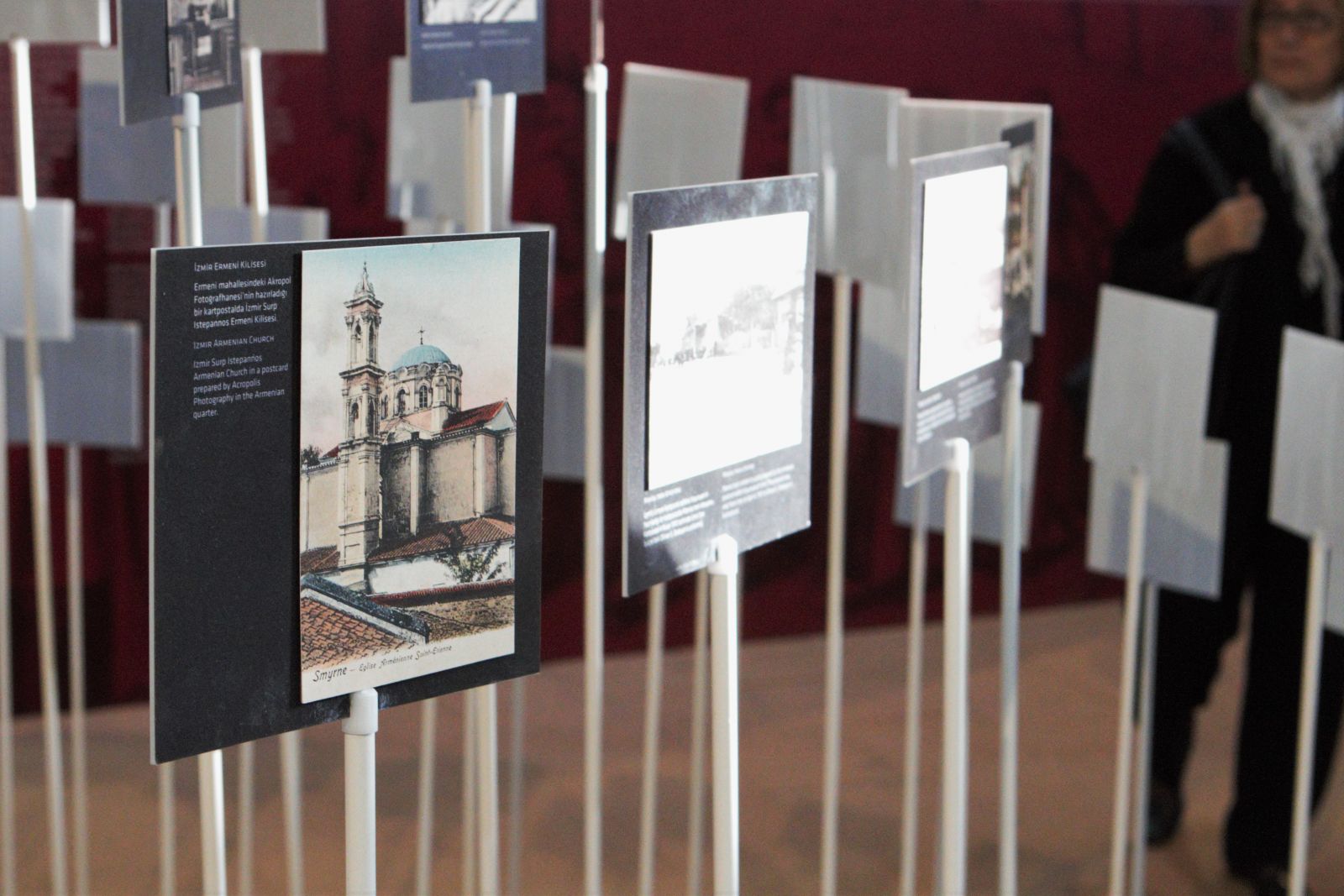 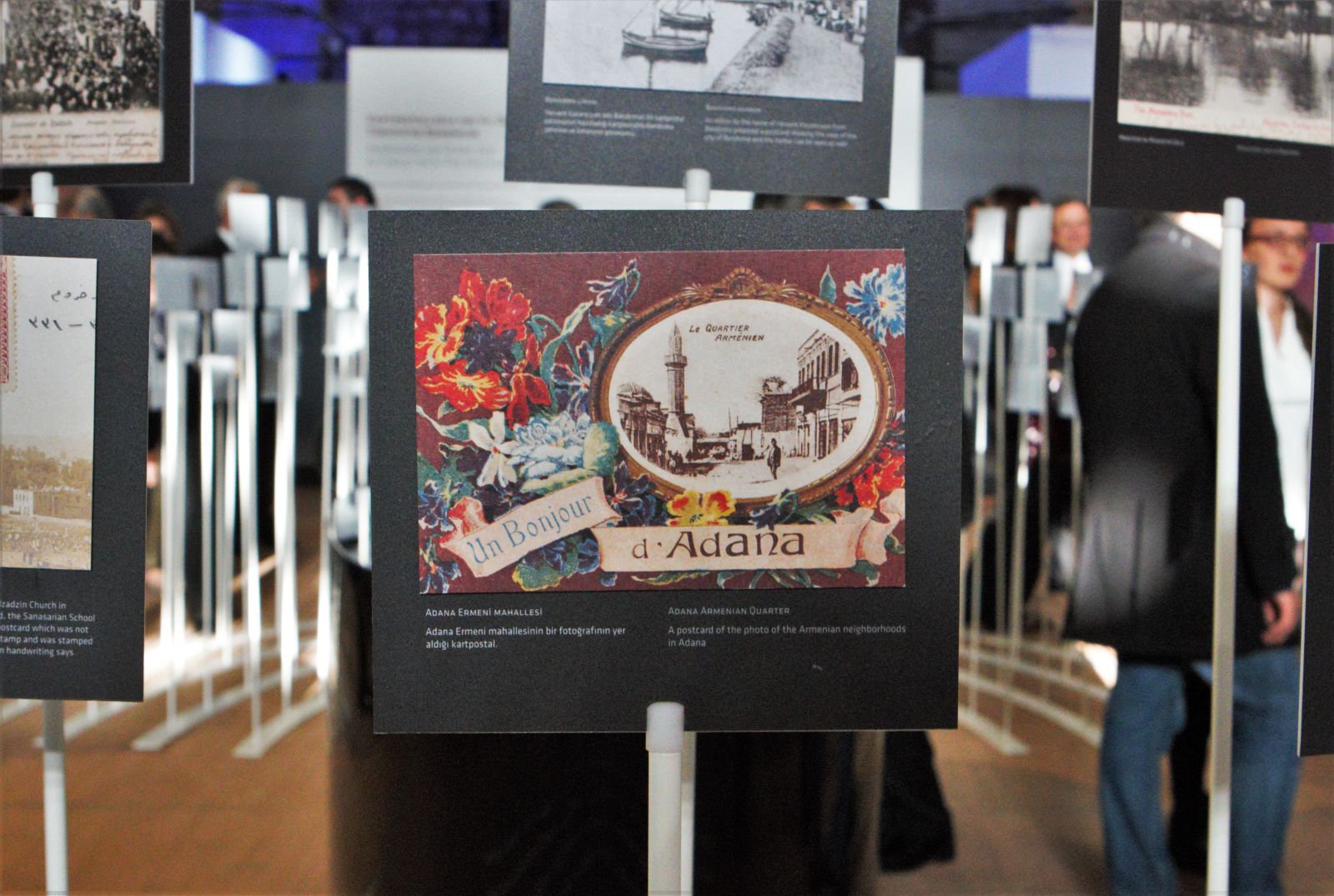 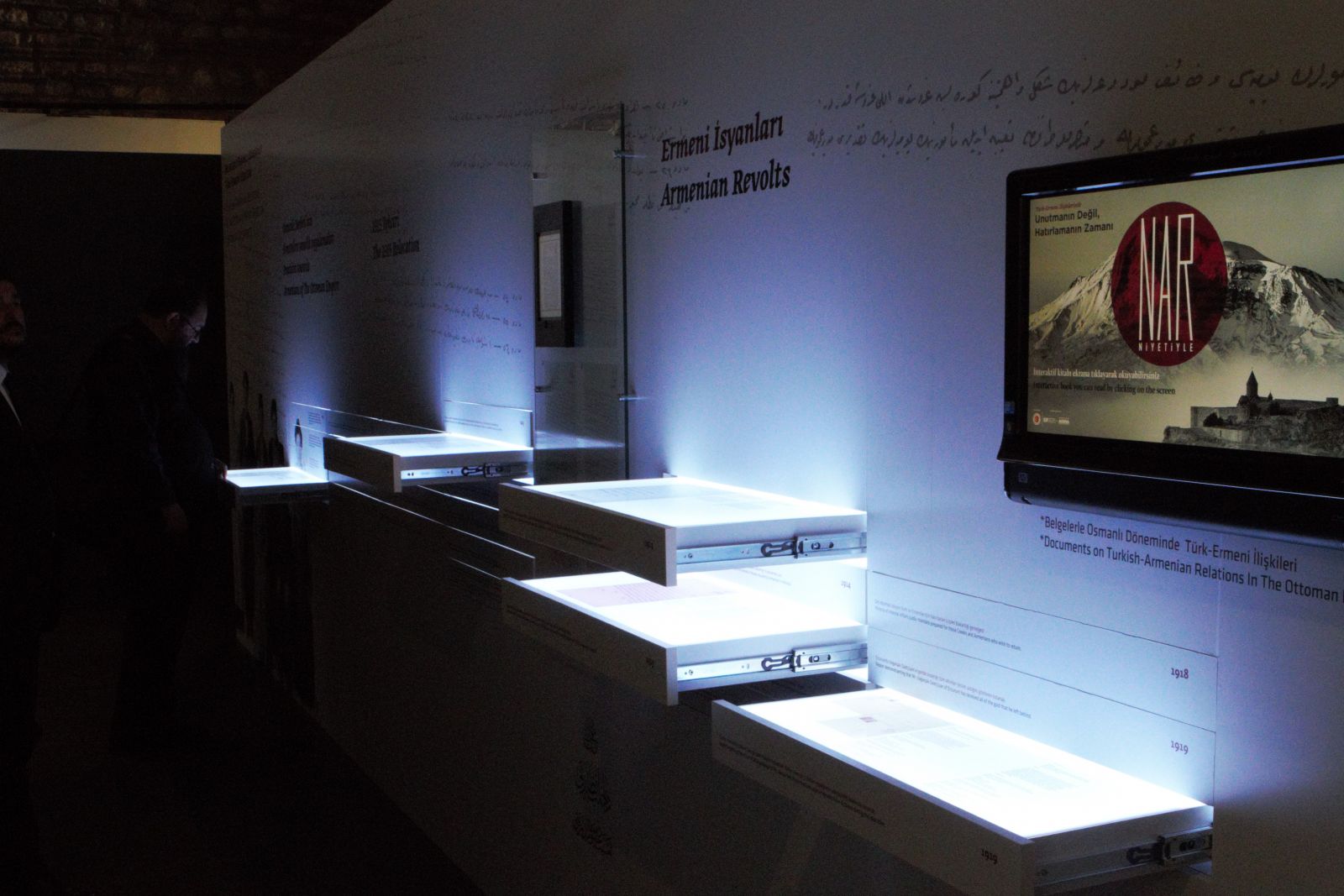 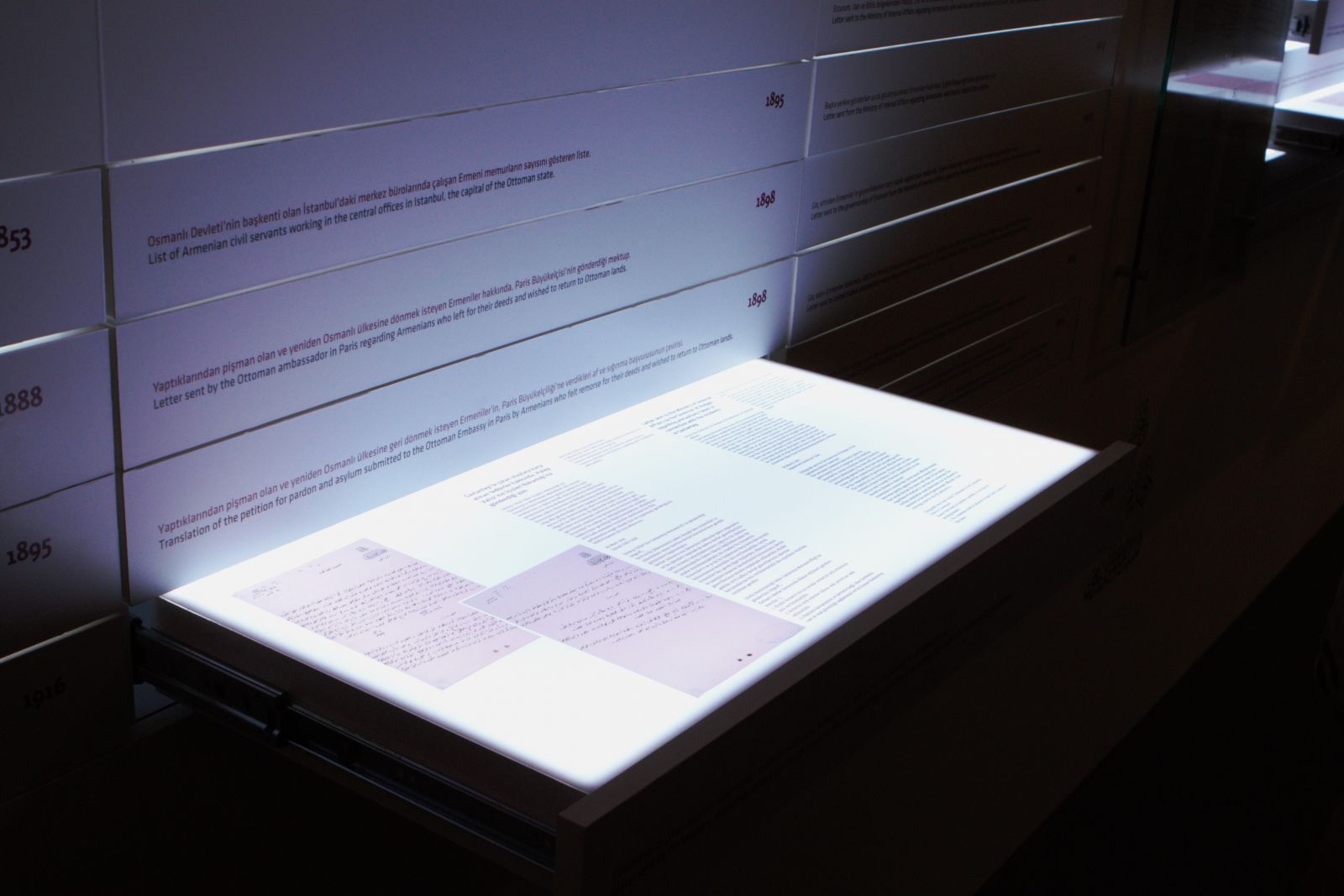 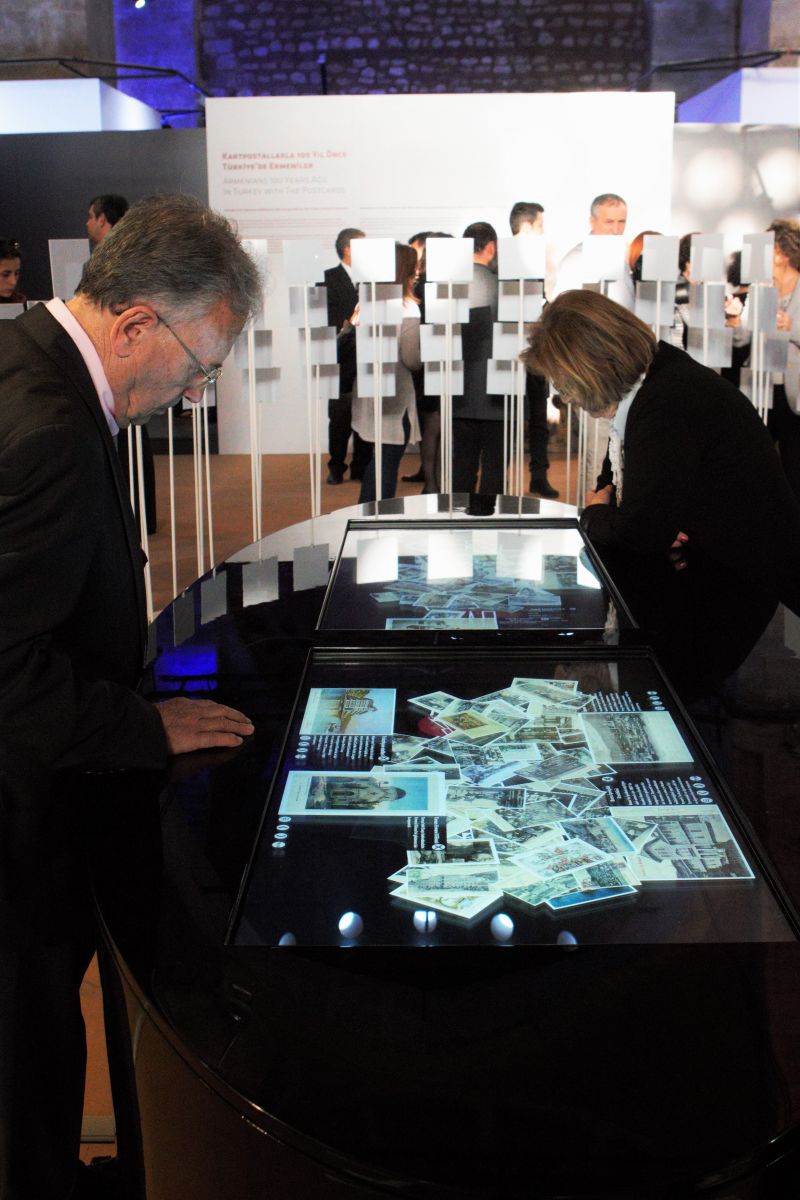 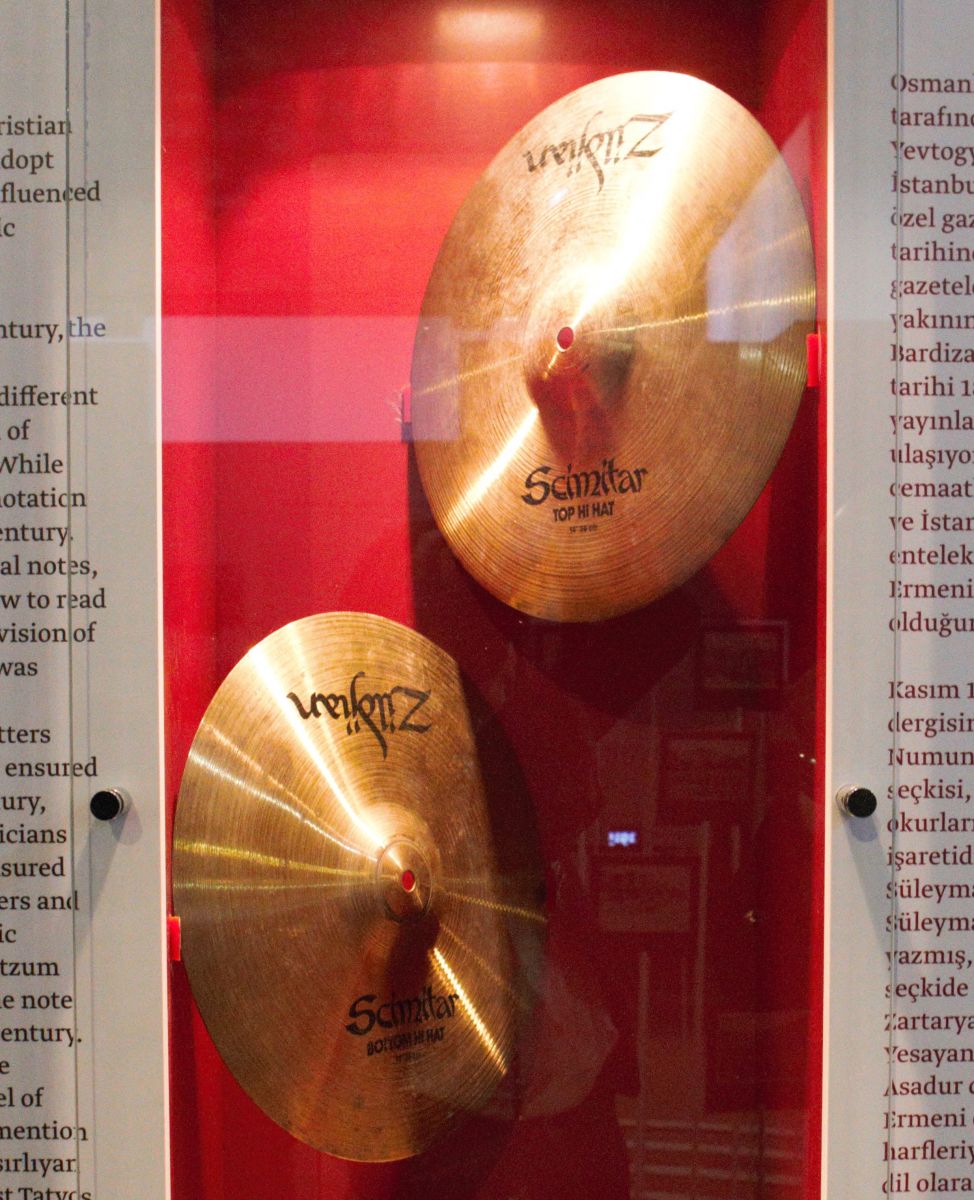 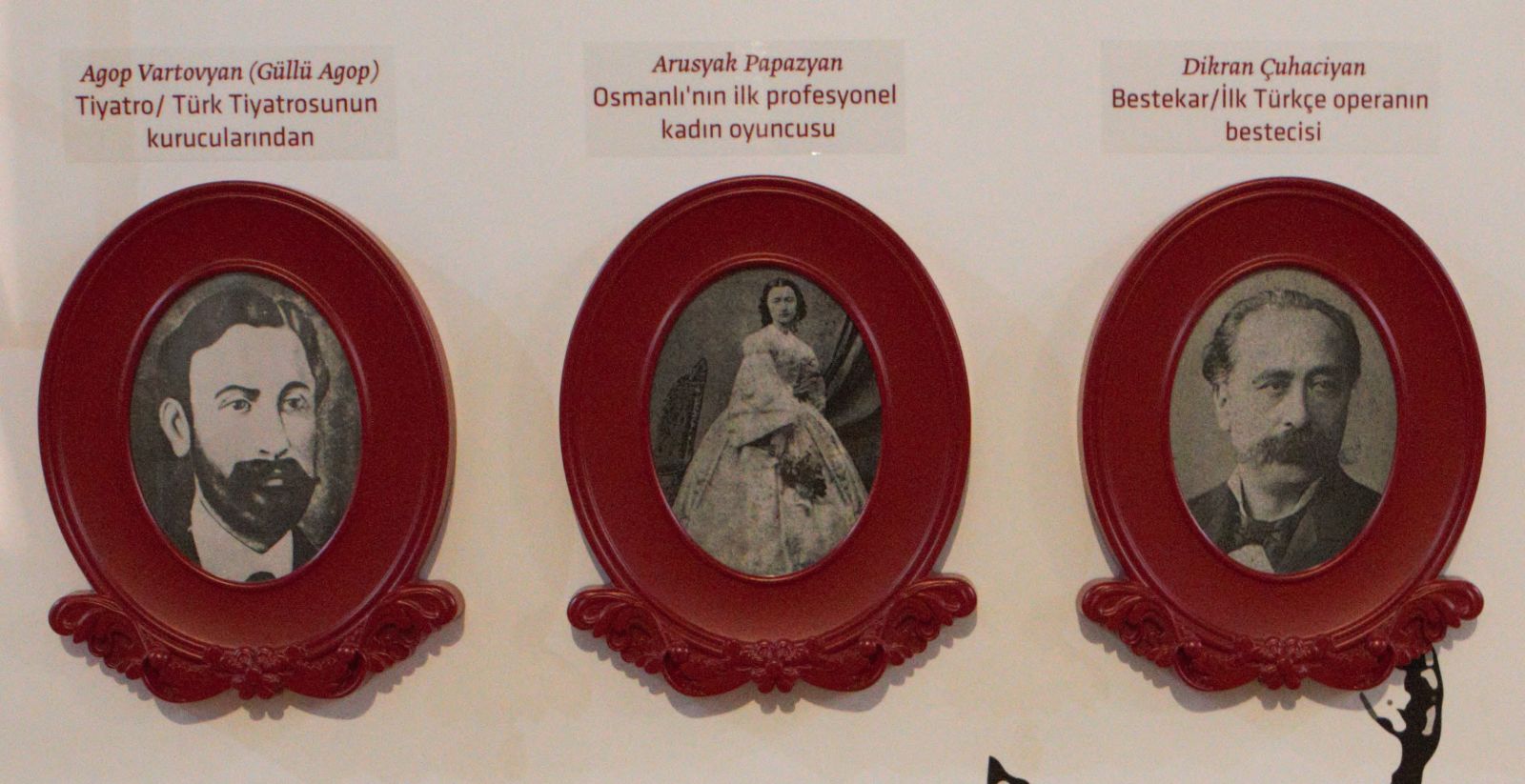 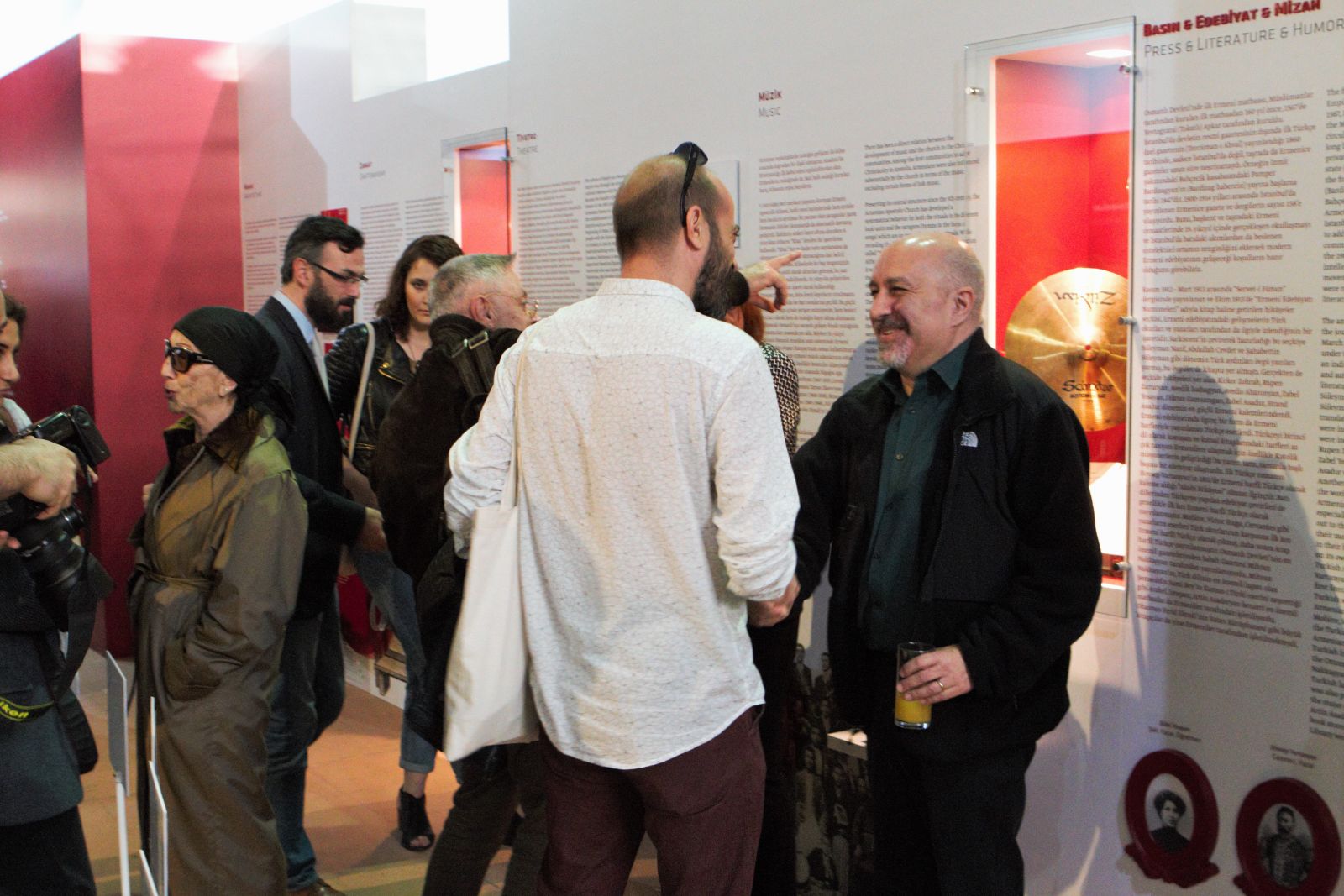 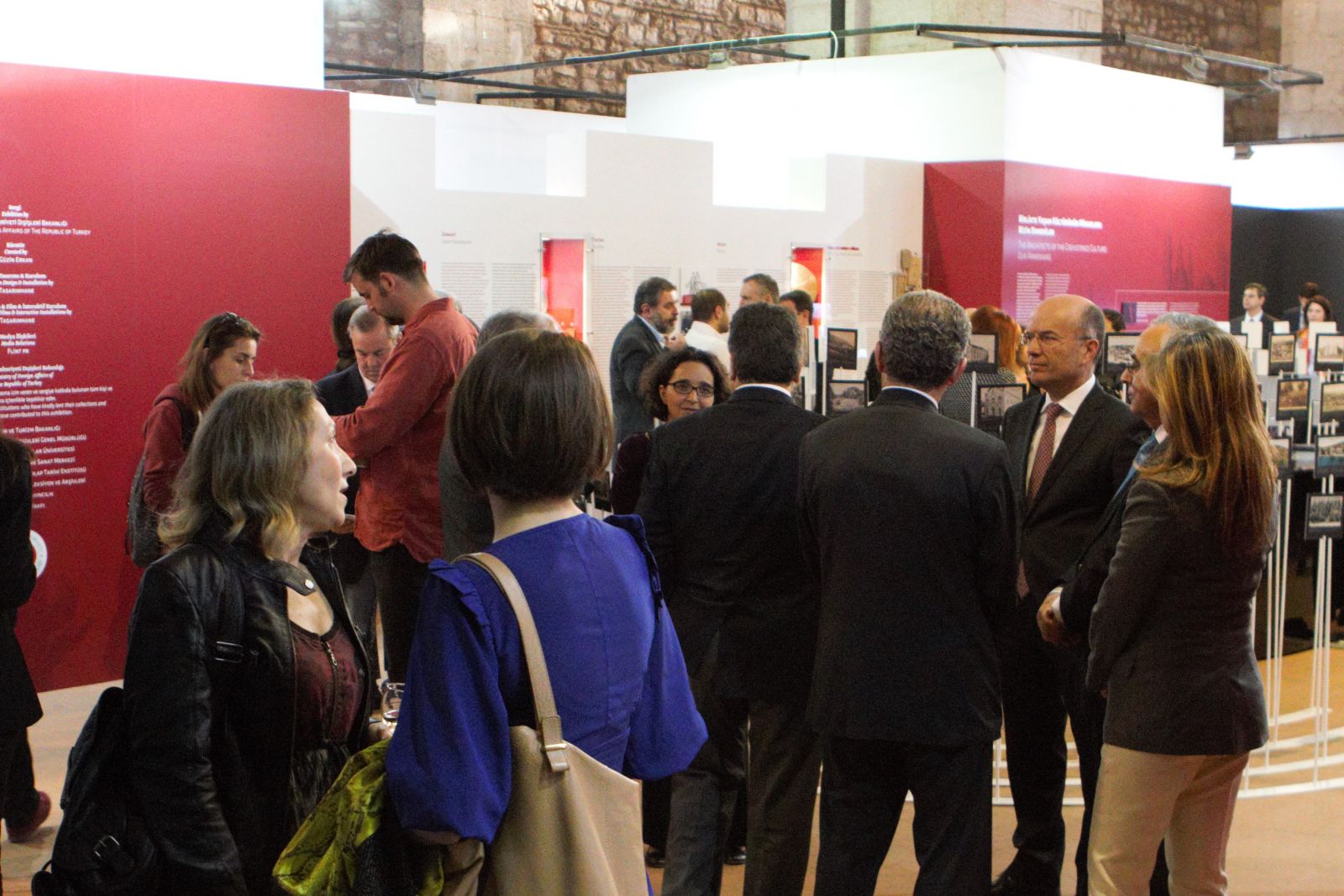 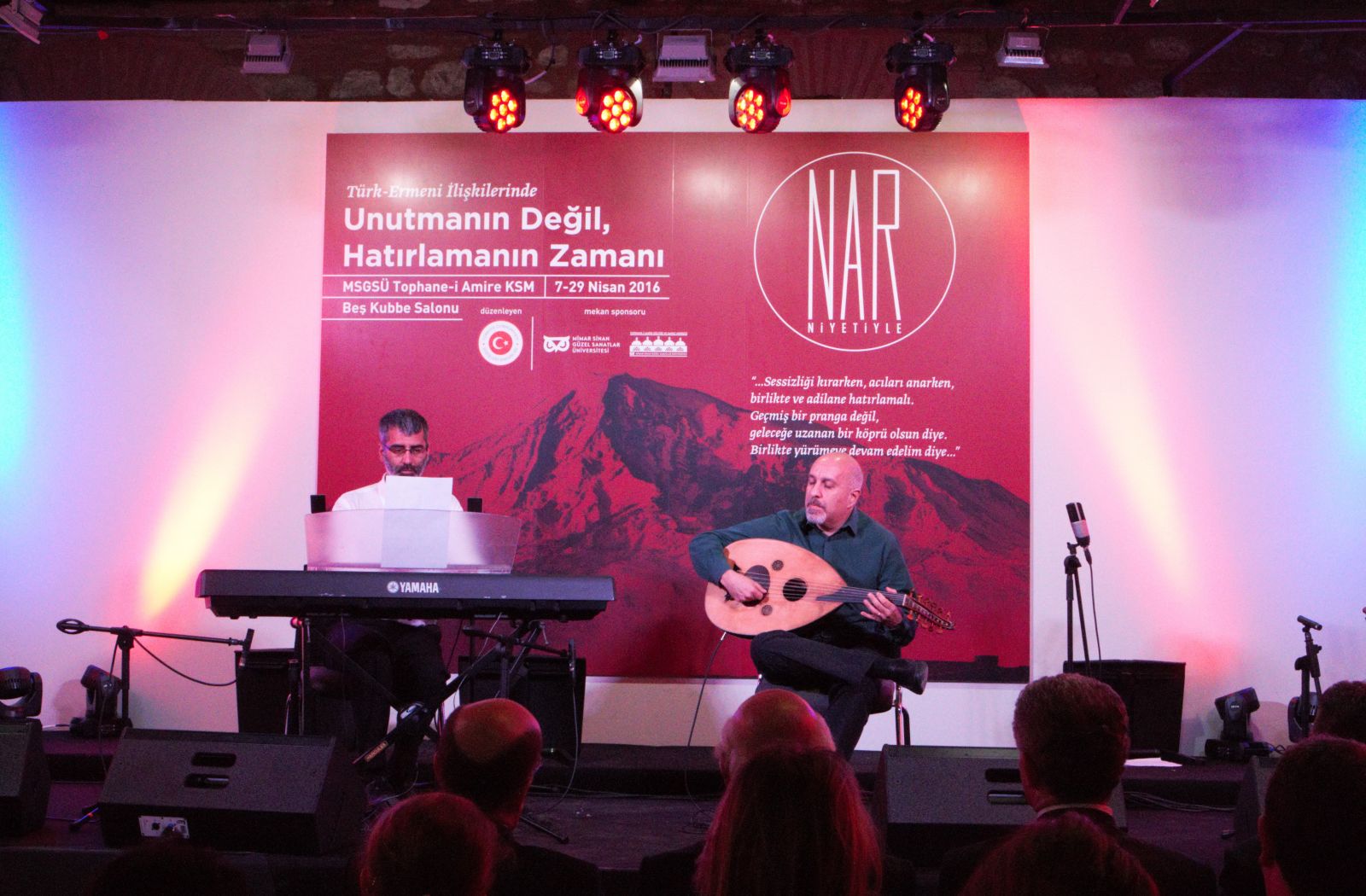