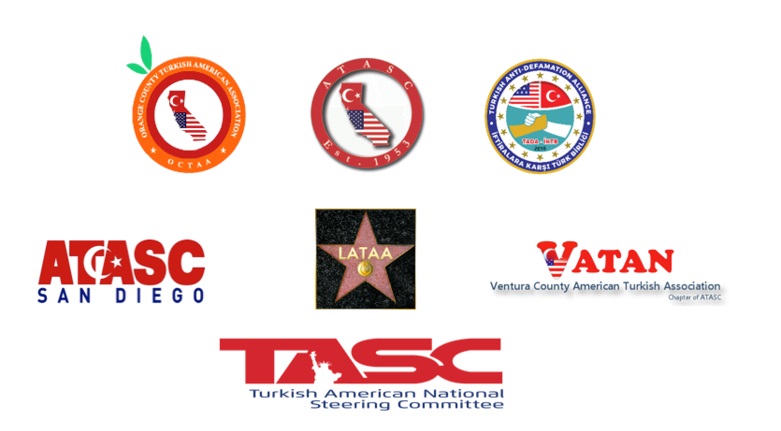 The Turkish American National Steering Committee (TASC) and American Turkish Association of Southern California (ATASC) led a national and international coalition to make sure Sassounian serves his life sentence, as thousands of letters were sent to the Governor from www.StopTerroristParole.org.

Sassounian and his partner in crime, Koko Saliba, shot Consul General Arıkan at a traffic signal, putting more than 11 bullets into his body.

The gruesome killing constituted a political assassination, hate crime, and murder of a public servant. Sassounian joins Sirhan Sirhan, who assassinated Senator Robert Kennedy in Los Angeles, as the only two assassins incarcerated in California at this time.

Sassounian stated in his parole hearing that he and Saliba celebrated the assassination by high-fiving each other. Immediately after the assassination, the extreme nationalist, “Justice Commandos of the Armenian Genocide” (JCAG) terror organization claimed credit.

Unbelievably, Sassounian denies any connection to the JCAG, as he conceals the names of the conspirators. The Armenian state has promised Sassounian employment in the military if he is ever paroled.

The Armenian terror campaign claimed the lives of more than 40 Turkish diplomats, including four in America.

Some widows and victims’ families sent letters to Governor Newsom, while others expressed they were too fearful to write. But, the I-CAN Foundation (Crime Victims Assistance Network), located in the California capital, represented all, the vocal and the silenced, with a letter to Governor Newsom.

Los Angeles County District Attorney Jackie Lacey and Chief of Police Michel Moore wrote to Governor Newsom, strongly objecting to release of Sassounian. Southern California was the location of over a dozen Armenian terrorist incidents in the 1970s and 80s, including Anaheim Convention Center and Disneyland, and the assassinations of two other Turkish diplomats.

Turkish Bar Association President Metin Feyzioğlu wrote to Governor Newsom, underscored the importance of proper punishment and rehabilitation of terrorists, and protection of victims of terrorism.

The federal government also expressed interest, as U.S. Secretary of State Mike Pompeo and Attorney General William Barr submitted a joint letter to Governor Newsom, stressing US policy to make sure that all assassins serve their life sentences. The United States seeks to ensure that countries, such as France, where assassins of US diplomats are incarcerated, never parole the assassins.

Turkish Ministers of Foreign Affairs and Justice, Mevlut Cavuşoğlu and Abdülhamit Gül, as well as Turkish Ambassador Serdar Kılıç submitted letters to California Governor Newsom opposing parole. Azerbaijan joined the US and Turkey, in opposing Sassounian’s parole, given Sassounian’s published intention to take action against Azerbaijan leaders if and when he is ever released.