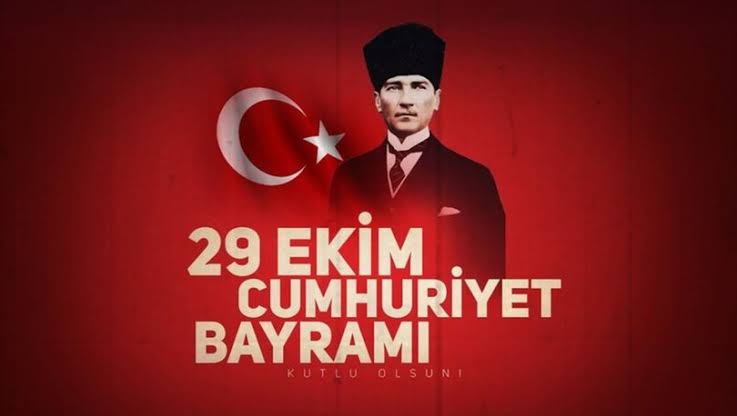 29 October 2019, marks the 96th anniversary of the foundation of the Republic of Turkey proclaimed by the Grand National Assembly of Turkey.

Having lost the First World War, Turkish nation launched the National War of Liberation in Samsun on 19 May 1919, under the leadership of Mustafa Kemal, in order to save their country from foreign invaders. Following the Battle of Dumlupınar, on 30 August 1922, and thereafter the conclusion of the Lausanne Treaty on 24 July 1923, the boundaries of the new Turkish State were established and its independence was proclaimed.

These developments were crowned by the establishment of the Republic of Turkey on 29 October 2019. In line with the principle of “Sovereignty rests unconditionally with the nation”, the road was paved for the realization of the political rights of the people, for putting the pluralistic democracy into force and carrying out reforms for modernization efforts.

On the centennial of the start of the National War of Liberation, we, at Center for Eurasian Studies (AVİM), remember once again the martyrs and veterans, Ghazi Mustafa Kemal Atatürk and his fellow fighters, with respect and our deepest gratitude.