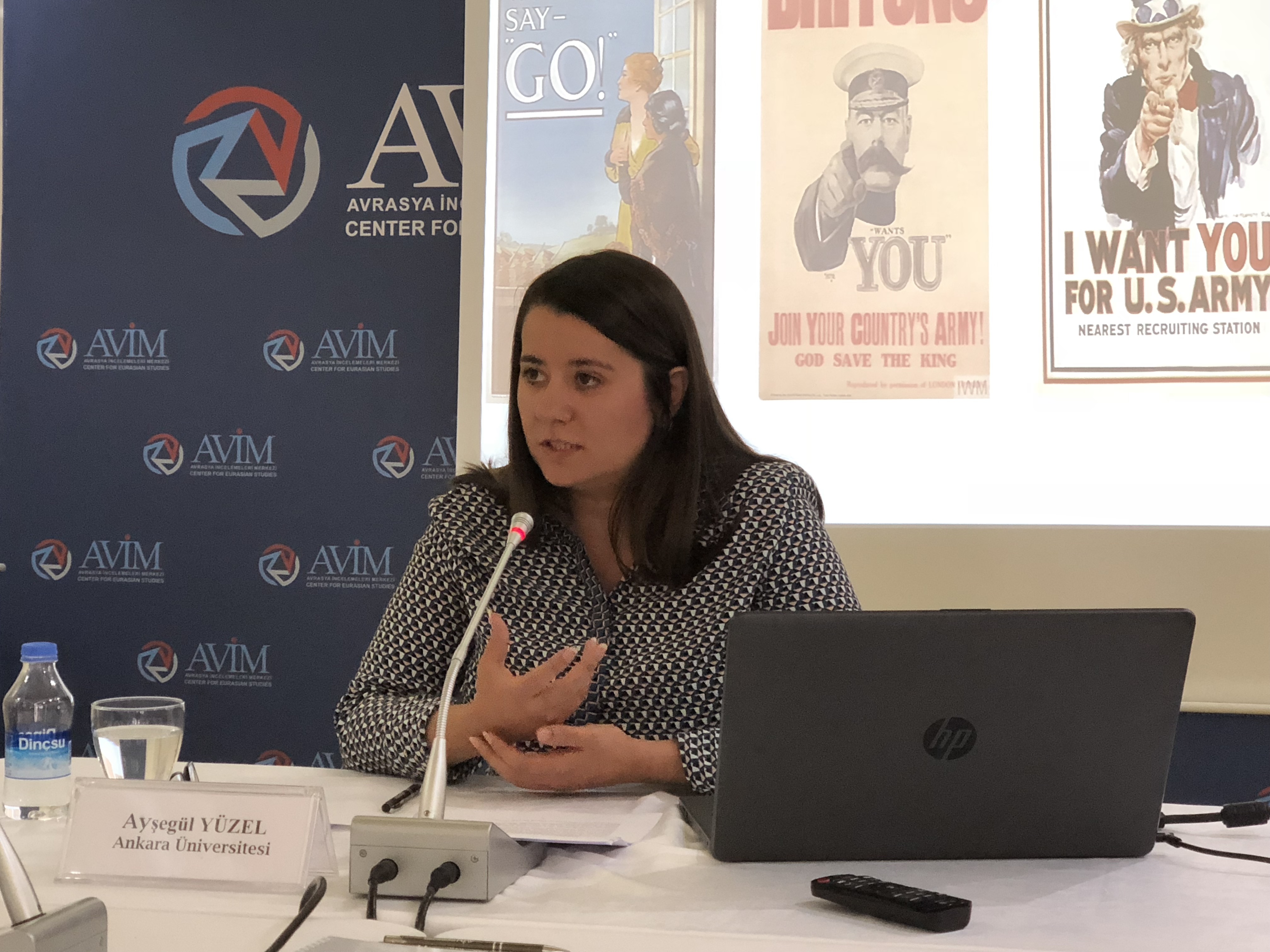 The sixth of AVİM’s Ömer Engin Lütem Lectures was held on 5 June 2018 with the presentation of Ayşe Yüzel, a PhD student at Ankara University Armenian Language and Culture Program.

After presenting an overview of the historical evolution of the concept and practice of propaganda, Ayşe Yüzel analyzed visual elements that were used in the post stamps, which were put into circulation “for the memorialization of the genocide” in Armenia between 1992-2016 as instruments for indoctrination. The conference was concluded with the Q&A session.