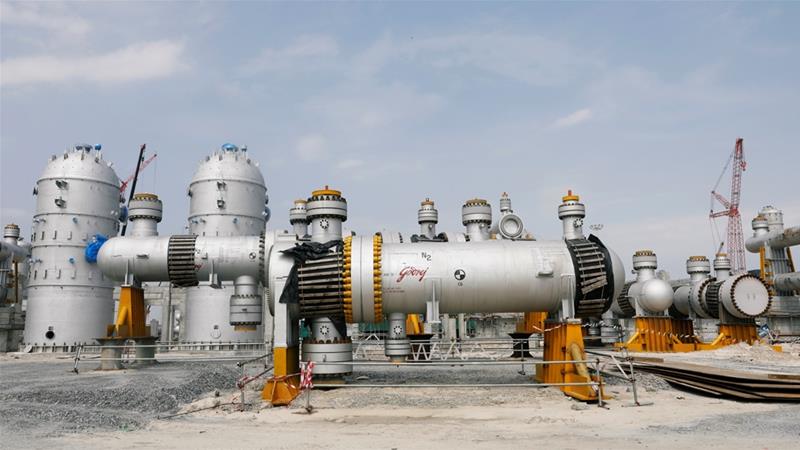 The Organization of the Petroleum Exporting Countries (OPEC) agreed on Thursday to trim oil output by asking over-producing members Iraq and Nigeria to bring production in line with their targets as the group strives to prevent a glut amid soaring United States production and a slowing global economy.

Oil prices have dropped below $60 per barrel in recent weeks from their 2019 peaks of $75 per barrel as fears of a global recession outweigh concerns about falling supply from sanctions-hit Iran and Venezuela.

A market monitoring committee formed by OPEC and its allies, a grouping known as OPEC+, met on Thursday in Abu Dhabi in the United Arab Emirates ahead of their policy discussions in Vienna, Austria in December.

OPEC+ has overcomplied on average with its agreed cut of 1.2 million barrels per day (bpd) as Iranian and Venezuelan exports collapsed due to sanctions. But some members, such as Iraq and Nigeria, have been producing above their quota.

Iraq, OPEC's second-largest oil producer, pledged on Thursday to reduce output by 175,000 bpd by October, while Nigeria is to reduce supply by 57,000 bpd.

The kingdom will voluntarily overdeliver on its targets and pump just below 10 million bpd, Prince Abdulaziz said.

He said the meeting on Thursday also discussed rising US shale output and exports, a global economic slowdown and a possible softening of US sanctions on OPEC member Iran.

Any formal decision on deeper oil cuts could be taken only at the next OPEC+ meeting in December, the prince said.

"I can tell you quite frankly that in all deliberations we have discussed all the potential uncertainties as any responsible organisation and we are mindful of them," Prince Abdulaziz said.

"There is clear readiness to continue to be responsible and responsive."

He added that the ministerial committee would gather again before the full OPEC meeting in December.

OPEC, Russia and other non-members agreed in December to reduce production by 1.2 million bpd - or 1.2 percent of global supply - from January 1 this year.

Oil prices tumbled more than two percent on Wednesday after a report that US President Donald Trump was considering easing sanctions on Iran, which could boost global crude supply at a time of lingering worries about energy demand.

Iraq has been raising its production and exports steeply in recent years, while Iran's exports have collapsed over the past year because of US sanctions.