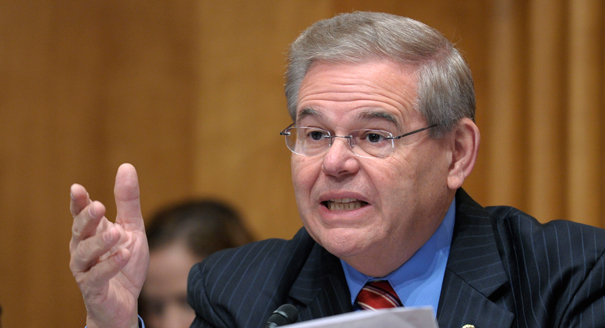 The US media is closely following the trial of the case of the main mouthpiece for the Armenian lobby in the US, Robert Menendez, who is accused of corruption.

A trial of Menendez, a 63-year-old Democratic senator from New Jersey, accused of bribery and corruption, began in the US on Sept. 6.

Lead prosecutor Peter Koski said wealthy Florida eye doctor Salomon Melgen gave Senator Menendez “a lifestyle that reads like a travel brochure for the rich and the famous” and hundreds of thousands of dollars in political contributions in exchange for official favors, according to the American political journalism company Politico.

Koski laid out the corruption case against Menendez and Melgen, his co-defendant, telling jurors in the federal court that the New Jersey Democrat had accepted bribe after bribe from a wealthy Florida doctor who wanted one thing – his influence.

Koski told the jury the details of Menendez’s stays at luxury hotel rooms paid for by Melgen, stays at Melgen’s luxury condo in the Dominican Republic, and free flights on Melgen’s private jet. In exchange, Koski said, Menendez “went to bat” for Melgen – who lived 1,000 miles from New Jersey – by pressuring officials at the highest levels of government to benefit Melgen, Politico reports.

That meant helping obtain visas for the doctor’s foreign girlfriends, pressuring US officials to help resolve a multi-million-dollar contract dispute between one of Melgen’s companies and the Dominican Republic, and working to influence the outcome of Medicaid billing dispute. Menendez even “threatened an assistant secretary of state,” Koski said.

“All of this to enrich one man who didn’t even live in the state, Sen. Menendez was elected to represent,” he added.

Senator Menendez has been a part of the so-called Group for Armenian Affairs in the US Congress since 1995. Being accompanied by other Armenian lobbyists, like Mark Kirk, he was one of the authors of resolution 339, which calls on the US government to recognize the so-called Armenian genocide. Menendez also periodically demanded recognition of the independence of the Armenian-occupied Azerbaijani region of Nagorno-Karabakh.

Menendez has always explicitly and, of course, not for free, acted in the interests of the Armenian lobby. He blocked a resolution authorizing the sale of helicopters to Azerbaijan by the US, as well as appointment of Matthew Bryza to the post of US ambassador to Azerbaijan.

In March 2014, the Russian Foreign Ministry included him in list of persons, against whom sanctions were imposed.

Despite the fact that the trial of pro-Armenian senator has just started, Republicans on Capitol Hill are already demanding the resignation of Menendez.

In case Menendez is found guilty but refuses to resign, then, under the Constitution, the Senate has the right to exclude him from its membership, if at least two-thirds, or 67 members of the Upper House, vote for it.