GERMAN PRESIDENT HAS URGED N. MACEDONIA TO ACKNOWLEDGE THE PRESENCE OF AN ETHNIC BULGARIAN MINORITY IN THE COUNTRY
Share : 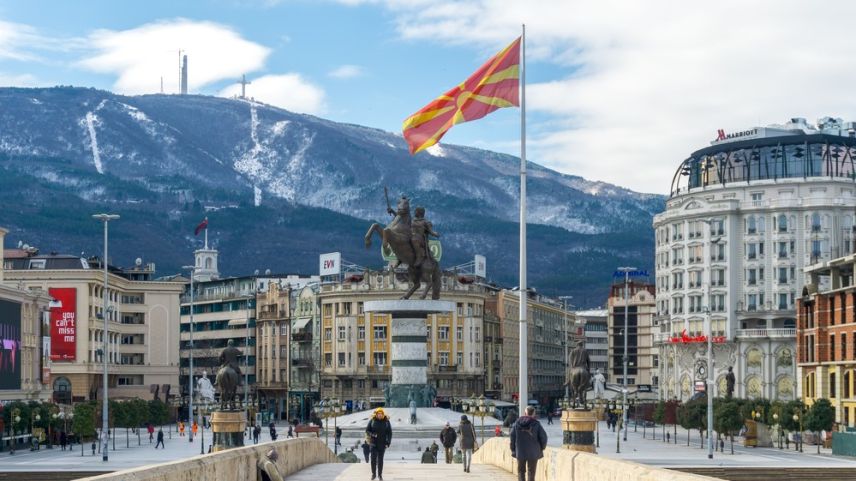 German President Frank-Walter Steinmeier has urged North Macedonia to acknowledge the presence of an ethnic Bulgarian minority in the country, amid other actions required to speed up its European Union accession process.

Steinmeier arrived in the capital, Skopje, Tuesday on a two-day official visit, and will then proceed to neighboring Albania.

Both Balkan countries started membership talks with the EU in July, in a process expected to last years. North Macedonia’s accession bid is being held up by a dispute with neighboring EU member Bulgaria, which can block EU expansion – a process that requires unanimous approval by member states.

The dispute focuses on history and cultural heritage. To solve it, North Macedonia has undertaken to amend its constitution to acknowledge the existence of an ethnic Bulgarian minority. But it’s unclear whether the leftist government will be able to secure the required enhanced majority in parliament for the amendment.

Pendarovski noted that his country has been preparing for the negotiations with the EU for 17 years.

Before the disagreement with Bulgaria emerged, Skopje settled another dispute with southern neighbor Greece that was also threatening to derail its EU candidacy.

During his visit to North Macedonia, Steinmeier will address Parliament and meet with Prime Minister Dimitar Kovachevski. He will also visit two large German investments on Wednesday – a wind park in the southern town of Bogdanci and a factory in the central town of Kavadarci.

Germany has been North Macedonia’s biggest trading partner for years, absorbing nearly half the country’s exports. About 200 German-controlled companies employ some 15,000 people in North Macedonia.