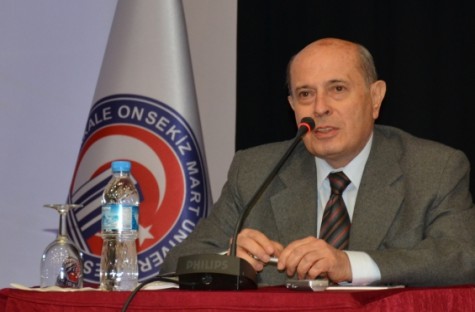 The Greek Parliament has adopted a law that provisions to fine those who approve, trivialize or deny genocide, war and crimes against humanity up to 3 years in prison or up to 25.000 Euros.

The aforementioned law, which was adopted on September 9 - which is the anniversary of the end of the Greek occupation of Izmir - considers the events of 1915 and the struggle against Greeks, particularly the Pontus Greeks during the Turkish War of Independence, as genocide and lays the foundation for a new defamation campaign against Turkey.

According to the law, for an event to be recognized as genocide, a judgment must be made by an international court or the Greek Parliament.  UN Convention on Prevention and the Punishment of the Crime of Genocide dated 1948 is the main international document that has to be complied with. According to Article 6 of this convention, the competent authority to rule that an event is genocide is either an international criminal court or a competent tribunal of the State in the territory of which the act was committed. In other words, parliaments are not competent to adopt decisions on genocide. The aforementioned law has acted against the Convention dated 1948 as it has authorized the Greek Parliament to make a decision on genocide. This is because there is no judgment by an international court that either the events of 1915 or the struggle carried out against the Greeks during Turkish War of Independence was genocide. Besides, according to the description “competent tribunal of the State in the territory if which the act was committed”, the Ottoman courts did not take such a decision, and furthermore, the word “genocide” did not even exist in those years.

The rationale behind denying authority to parliaments on genocide lies in the fact that criminalization of genocide is a legal concern, not a political one, thus it should be dealt by a national or an international court. It is seen that parliaments usually evaluate the subject more on the political side. Thus, the Greek Parliament ruled in 1995 that the events of 1915 were genocide and took similar decisions in 1994 and 1998 with regard to Pontus Greeks and other Greeks in Anatolia.

This law, naturally has led to reactions and objections by Turkey. According to the press, President Erdoğan told Greek Prime Minister Samaras - whom he met during the Wales Summit of NATO - that this law would affect the bilateral relations negatively, but Samaras responded that this law did not concern the relations with modern Turkey.

As is known, Armenia and the Armenian Diaspora are planning next year’s commemoration of the events of 1915 to be in the form of a defamation campaign, and as a result of this, are hoping to have Turkey recognize the genocide allegations and accept Armenian demands (restitution, the giving away of land etc). By adopting this law, Greece has joined the Armenian efforts, going beyond merely supporting it. Thereby, Greece now adds the genocide allegations on top of the many issues it has with Turkey.