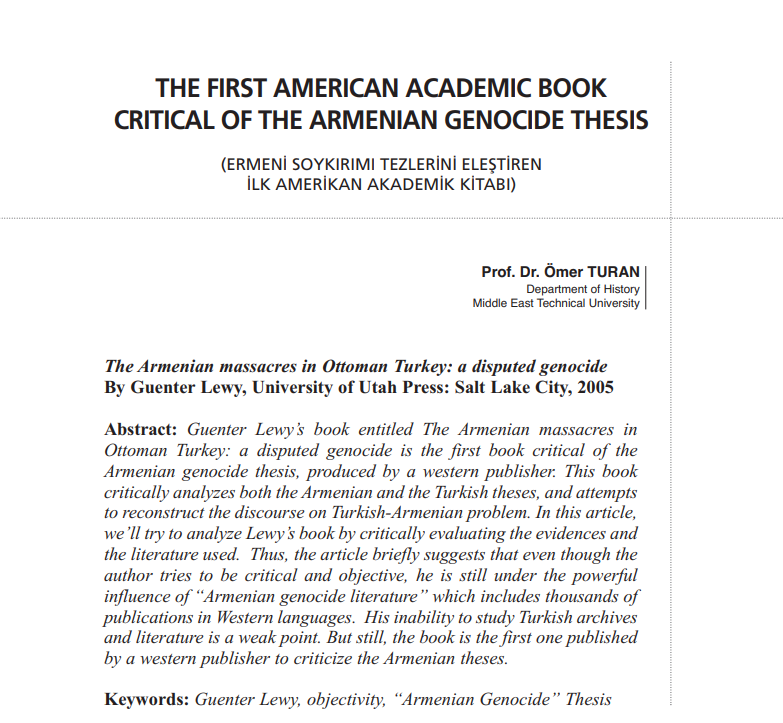 Guenter Lewy’s book entitled The Armenian massacres in Ottoman Turkey: a disputed genocide is the first book critical of the Armenian genocide thesis, produced by a western publisher. This book critically analyzes both the Armenian and the Turkish theses, and attempts to reconstruct the discourse on Turkish-Armenian problem. In this article, we’ll try to analyze Lewy’s book by critically evaluating the evidences and the literature used. Thus, the article briefly suggests that even though the author tries to be critical and objective, he is still under the powerful influence of “Armenian genocide literature” which includes thousands of publications in Western languages. His inability to study Turkish archives and literature is a weak point. But still, the book is the first one published by a western publisher to criticize the Armenian theses.