ARTICLE TITLED: “CENTRAL ASIA FROM DIFFICULTIES ON THE WAY OF RAPPROCHEMENT TO A NEW WAY OF INTEGRATION"
Share : 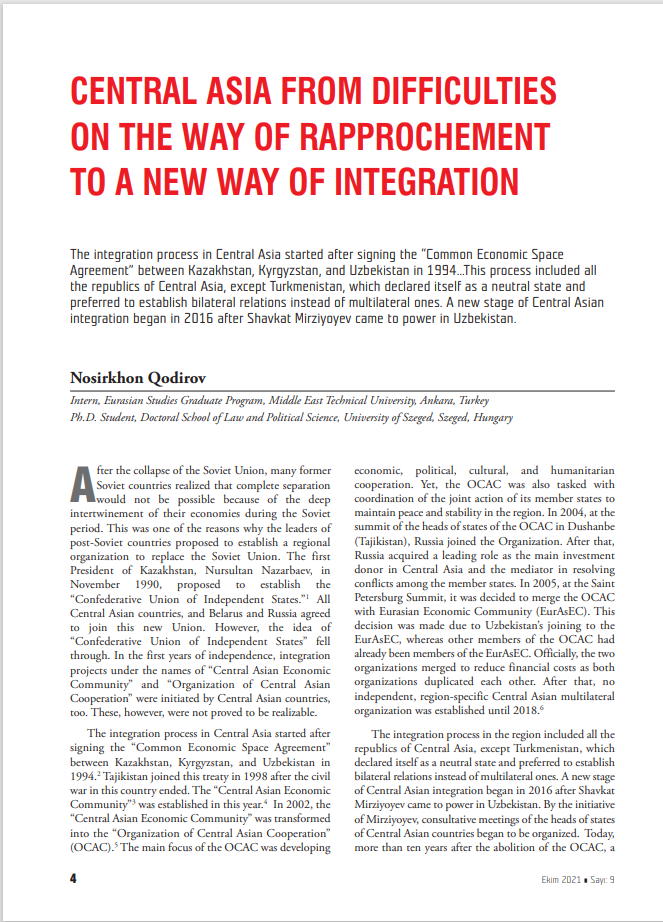 The integration process in Central Asia started after signing the “Common Economic Space Agreement” between Kazakhstan, Kyrgyzstan, and Uzbekistan in 1994...This process included all the republics of Central Asia, except Turkmenistan, which declared itself as a neutral state and preferred to establish bilateral relations instead of multilateral ones. A new stage of Central Asian integration began in 2016 after Shavkat Mirziyoyev came to power in Uzbekistan.