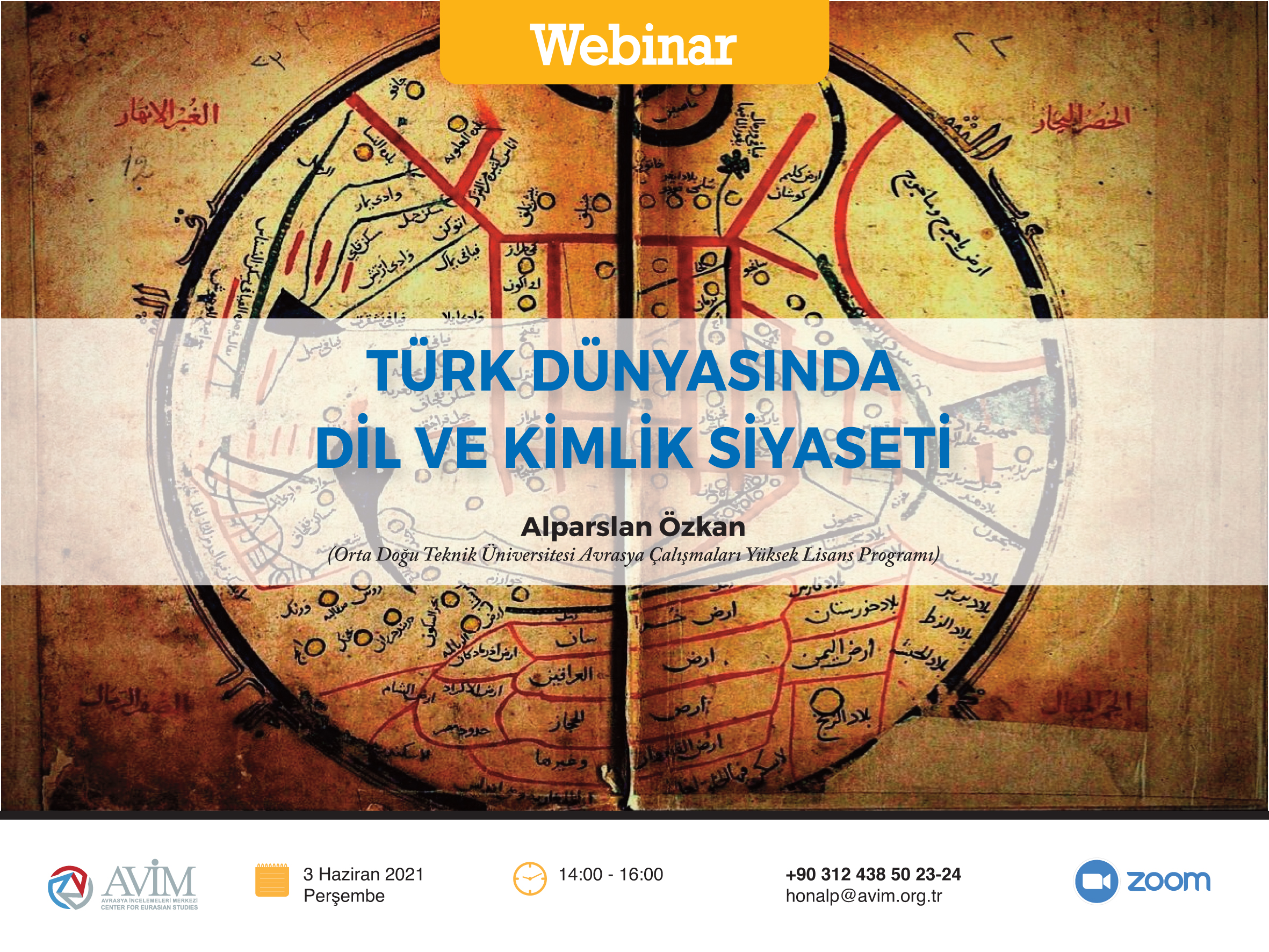 The webinar titled “Türk Dünyasında Dil ve Kimlik Politikası” (Language and Identity Politics in the Turkish World), the third of the Eurasian Conferences organized by AVİM, was held on 3 June 2021.

In the webinar, Alparslan Özkan addressed the changes in language and identity politics in the Turkish world in twentieth and twenty-first centuries and discussed the effects of Russian approaches and the conflicting pro-Russian and pro-Turkish policies in these processes. Özkan also focused on the recent debates in Kazakhstan and Uzbekistan on the adaptation of Latin alphabet with a particular emphasis on the relations of these countries with the Western world, Russia, and Turkey.

The Webinar was finalized with the Q&A.

Click to watch the video recording of the webinar: