THE REPORT TITLED "THE PONTUS NARRATIVE AND HATE SPEECH" HAS BEEN PUBLISHED
Share : 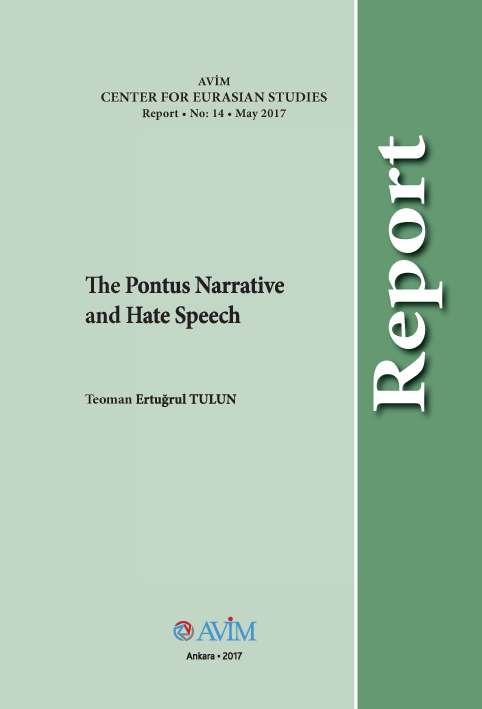 Since its establishment in 2009, The Center for Eurasian Studies (AVİM), in its activities and publications, mainly focused on the Armenian Question and made comprehensive studies concerning the Armenian claims and allegations. While working on this question, we observed a gap in the literature in Turkey regarding similar claims and allegations put forth by the Pontic Greeks.

Certain groups, taking advantage of this literature gap in Turkey over the years, developed one-sided and hostile narratives against Turks and the Republic of Turkey. For the sake of bringing a fair, objective, academic and scholarly perspective to the issue, we also did a study on the Pontus Question. This by the AVİM Analyst Teoman Ertuğrul Tulun was published in May as an AVİM report with the title “The Pontus Narrative and Hate Speech”.  It examines the Pontian Greek narratives in relation to the First World War developments and the baseless character of the claims and assertions of a “Pontus Genocide”. The study, which is based on a comparative analysis of Greek and Turkish sources, also dwells on, as a rare example of academic oriented studies in Turkey on this subject, the hate speech developed by the Pontic Greeks over the years against Turks and the Republic of Turkey.