THE NEW REVISED ENGLISH EDITION OF THE BOOK TITLED ‘ANASTAS MIKOYAN: CONFESSIONS OF AN ARMENIAN BOLSHEVIK’ HAS BEEN PUBLISHED BY AVİM
Share : 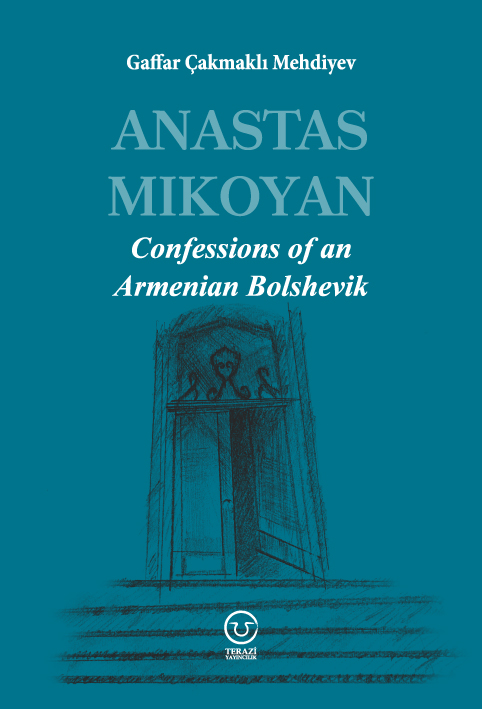 The first edition of the book titled Anastas Mikoyan: Bolşevik Bir Ermeni’nin İtirafları (En. Anastas Mikoyan: Confessions of an Armenian Bolshevik), written by Prof. Dr. Gaffar Çakmaklı Mehdiyev, was originally published in Turkish by Cedit Neşriyat in 2019. As the the Center for Eurasian Studies (AVİM), we are pleased to announce our publication of the revised English translation edition of this book in June 2020.

Anastas Mikoyan: Confessions of an Armenian Bolshevik chronicles the life of Anastas Mikoyan, a prominent figure who served in particularly important positions during the Armenian insurrection during the final period of the Ottoman State and Soviet-era Russia. In this four-chapter book, author Mehdiyev aims to reveal the contradictory views of Mikoyan regarding the Armenians’ struggle for independence, the Turkish-Russian-Armenian relations, and Armenian politics during the Soviet Union period. During this endeavor, Mehdiyev predominantly cites from both Russian and Armenian resources.

Mikoyan’s mentioning of the idea of establishing a ‘Great Armenia’ that comprised seven Ottoman provinces from the Black Sea to the Mediterranean as a complete fantasy or his consideration of the regions such as Zangezur and Karabakh needing to be inside the borders of Azerbaijan are just two examples with which readers can start to understand Mikoyan’s way of thinking outlined in this book. More than anything else, the success of the book lays in its contribution to the Armenian review literature by revealing very significant evaluations of Mikoyan regarding the Armenian question and his confessions-disclosures, which could turn Armenian historiography upside down.

Anastas Mikoyan: Confessions of an Armenian Bolshevik is mainly directed at an audience who look forward to having an opportunity to see the Turkish-Russian-Armenian relations during the Soviet Union period from the perspective of a politician, an old Bolshevik, who was barely paid attention to until recently. We hope that all the readers enjoy the revised English edition of Gaffar Çakmaklı Mehdiyev’s book published by AVİM.

The electronic version of the book can be accessed from following link.