THE CONFERENCE TITLED TURKEY AND RUSSIA in HISTORICAL PERSPECTIVE IN WHICH PROF. NORMAN STONE WAS THE SPEAKER WAS HELD AT AVIM
Share : 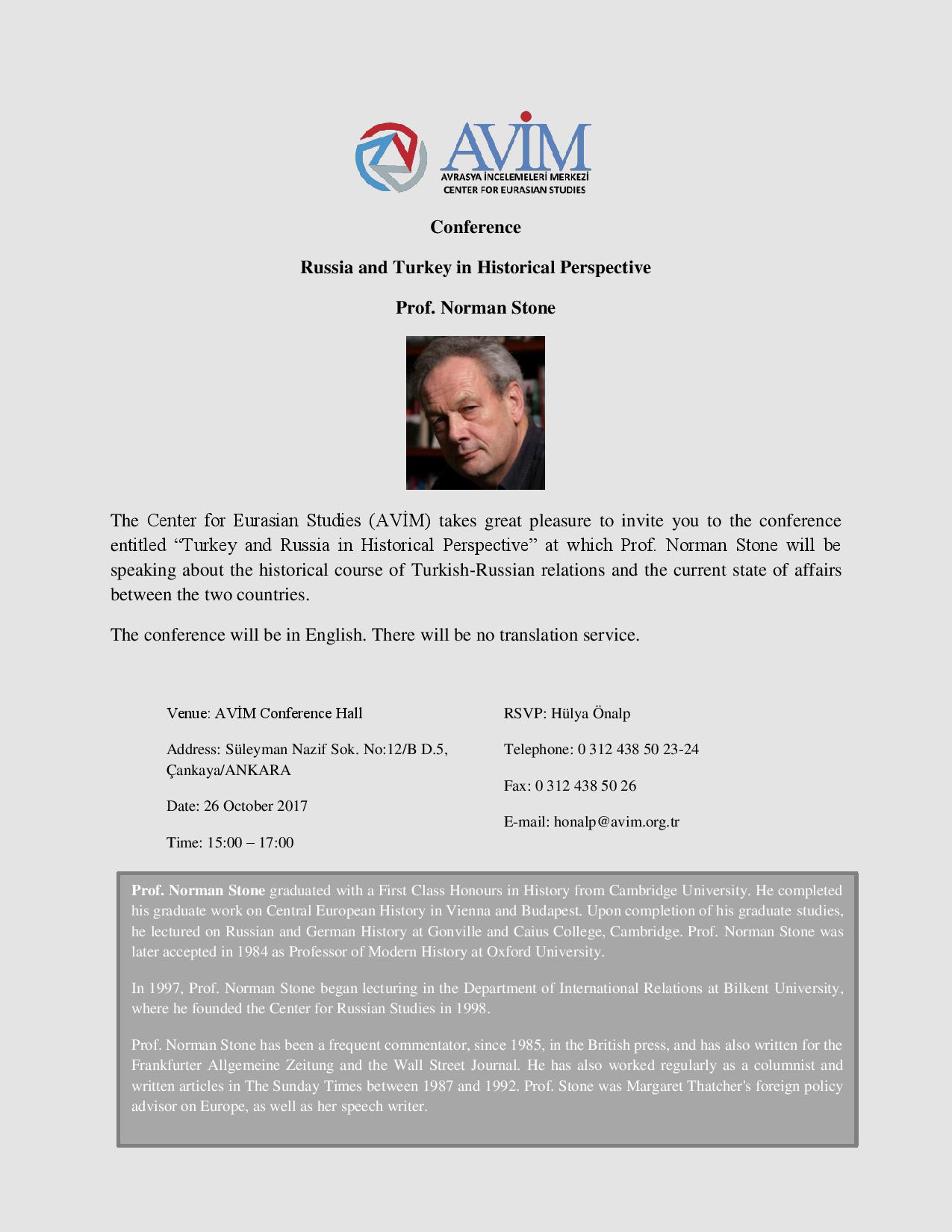 Throughout his academic career, Prof. Norman Stone has given lectures at Cambridge, Oxford and Bilkent universities, founded the Russian Studies Centre at Bilkent University in 1998, written articles, apart from his academic studies, for British papers and Frankfurter Allgemeine Zeitung (Germany) and The Wall Street Journal (USA), conducted Margaret Thatcher’s foreign policy consultancy on Europe. He was the spokesman at the conference titled Turkey and Russia in Historical Perspective took place at AVIM on October 26th with the participation of a wide audience.

At the conference where, together with university faculty members and students, many representatives from Ankara’s diplomatic corps were among the listeners, Prof. Norman Stone proceeded with a question-answer session after his speech.