THE CONFERENCE TITLED “MURDER AND MEMORY: ARMENIAN TERRORISM” WAS HELD AT AVİM
Share : 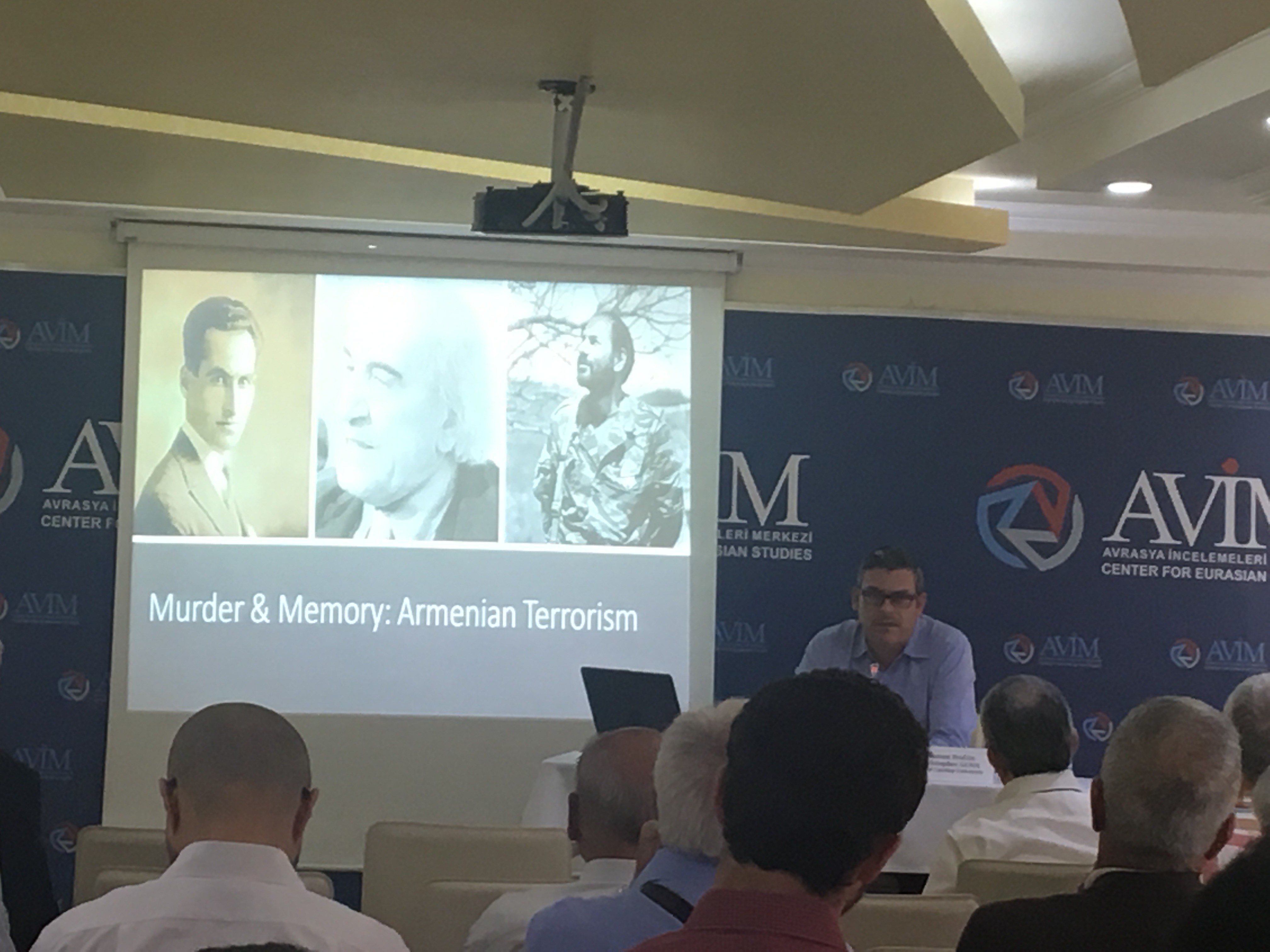 On 28 May 2019, Assist. Prof. Dr. Christopher Gunn, a member of Faculty at Coastal Carolina University, USA, spoke at a conference titled “Murder and Memory: Armenian Terrorism” that was held at AVİM.

Prof. Gunn, in his speech, focused on three infamous Armenian terrorists, namely, Soghomon Tehlirian, Gourgen Yanikian, and Monte Melkonian, glorified not only by the radical Armenian circles around the world, but also by the Armenian governments. Through a detailed elaboration of these three terrorists, who operated in early 1920s, 1973, and the last decades of the twentieth century, Prof. Gunn examined the patterns and continuities in ideologies, propaganda discourses and other characteristics of different Armenian terrorist groups, as well as the questionable attitudes of some Western states towards the Armenian terrorism.