THE CONFERENCE TITLED “EURASIA FROM THE PERSPECTIVE OF TURKEY AND MONGOLIA” HAS BEEN ORGANIZED IN ANKARA ON 5 DECEMBER 2018
Share : 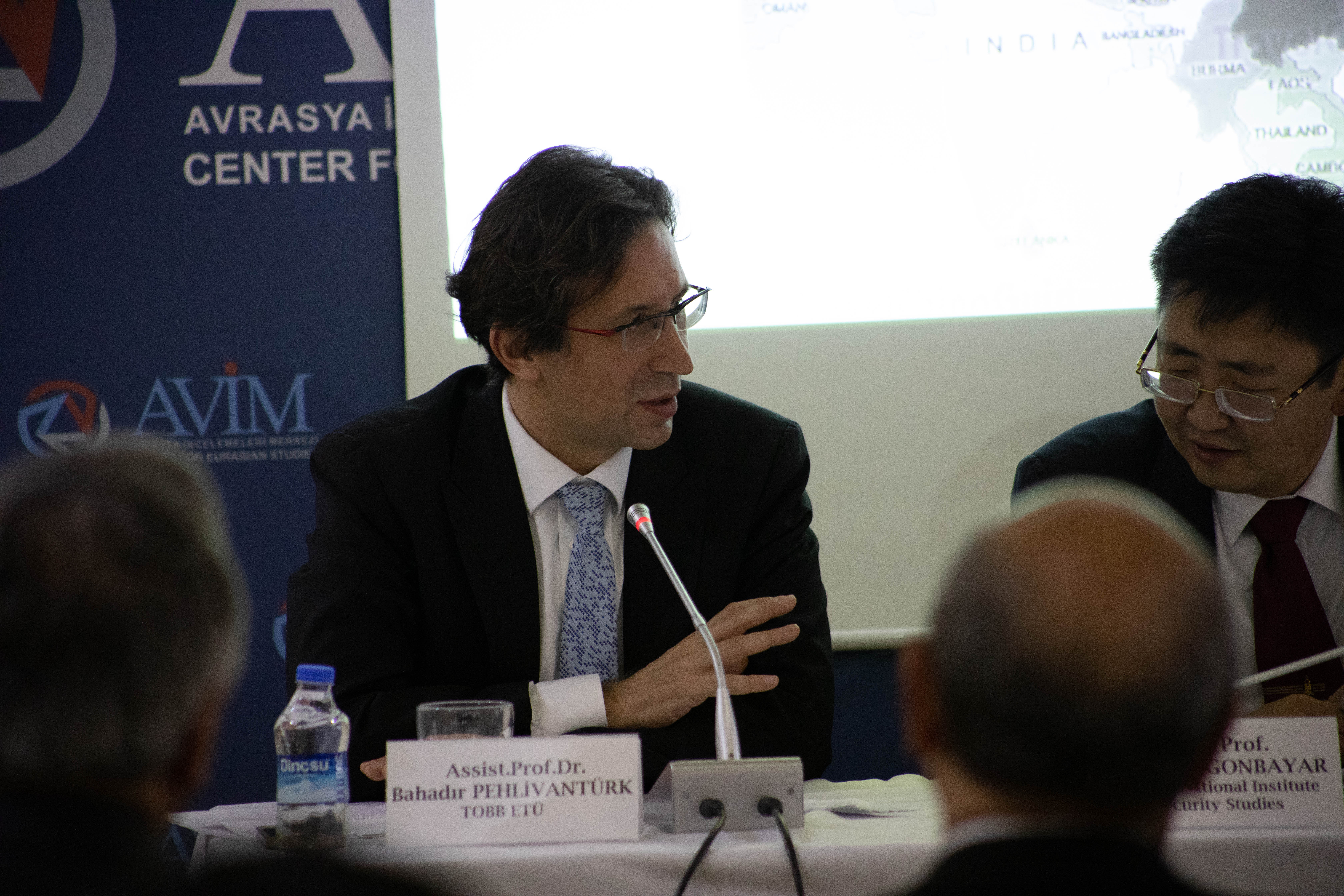 A panel titled ''Eurasia From the Perspective of Turkey and Mongolia'' was organized jointly by the Center for Eurasian Studies (AVİM) and Embassy of Mongolia in Ankara in AVİM on 5 December 2018.

Caucasus and Central Asia Deputy Director General of the Ministry of the Foreign Affairs Gokhan Turan, AVİM Director Alev Kılıc and Ambassador of Mongolia in Turkey Bold Ravdan, who made the opening speeches of the conference, emphasized the significance of the relations between the two states and the necessity of accelerating the relations.

After the opening speeches had been made, the panel session with three speakers continued. In the panel, Turkish-Mongolian relations from the perspectives of historical, sociological and political angles, were analyzed whilst the question of what ''Eurasia'' means for both states had been debated.

Prof. Dr. Huseyin Bagcı, from the Middle East Technical University, underlined the geopolitical significance of Mongolia and her mine resources in the 21st century. He also stated that Mongolia was made more open to outside by the globalization trend in the world, especially economic and trade relations are concerned.

Prof. Mashbat Otgonbayar, from National University of Mongolia, talked about the Third Neighbor Policy of Mongolia which has been in force since 2011. In addition to that, he highlighted the expectation that Turkey should be more visible in Mongolia.

Dr. Bahadır Pehlivanturk, from TOBB ETU, addressed the relations between the two states from the perspective of East Asian countries and he mentioned how this perspective interacted with the concept of Eurasia.

The conference was completed with the Q&A session.