"I can't breathe, I have to look from outside." These were the words of American novelist and civil rights activist James Baldwin to Turkish drama critic Zeynep Oral in the 1960s on his rationale for going into self-exile to Istanbul, Turkey.

As part of its African American-Turkish Connections through the Arts series, TCA, in collaboration with the Gay Professional Men of Color (GPMC) and the UK Foreign & Commonwealth Office LGBT+ Staff Association (FLAGG), will be hosting a screening of Sedat Pakay's short documentary, “James Baldwin/From Another Place” via Zoom.

After the film, there will be a panel discussion with Virginia State Delegate Joshua Cole (28th District), British Embassy Support Officer Dave Francis, and GPMC President Derrick Petit as the moderator.

After registering, participants will receive a confirmation email containing information about joining the forum.

Baldwin wrote several novels while in Istanbul, including Another Country (1962), The Fire Next Time (1963), and No Name in the Street (1973). These literary works highlight the struggles faced by African-Americans during the height of the civil rights movement. Even after 60 years, Baldwin's call for social activism and political engagement hold the same resonance and weight, especially today. In the documentary, Pakay chronicles Baldwin's impressions of Turkey and the world as a transnational African-American intellectual.

For more information on the documentary, please click here: https://www.sedatpakay.com/james-baldwin-from-another-place

Background on James Baldwin's decade in Turkey: https://www.trtworld.com/magazine/james-baldwin-s-decade-in-turkey-37322 and http://wapo.st/2mtbRqS 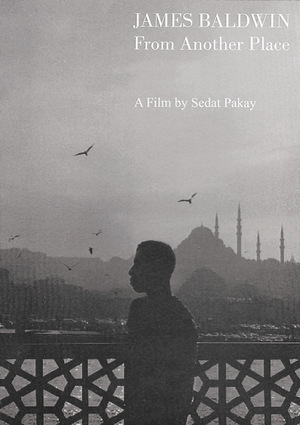