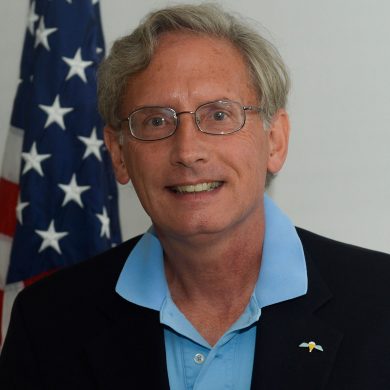 In the summer of 1974 Turkish military and naval forces launched the Cyprus Peace Operation in order to prevent a Greek Cypriot coup from achieving Enosis (or unification) with Greece. The operation was called Yildiz Atma-4 (or Operation Star Drop-4) and it was a brilliantly planned and exceptionally well-executed amphibious campaign against a defended island. Dr. Erickson has been working for several years writing a comprehensive study of the military history of the campaign. He will discuss the planning and execution of the two-phase operation as well as highlighting the difficulty of the geography as a tactical problem for the Turks to overcome. Dr. Erickson is retired US Army Middle Eastern Foreign Area Officer and recognized authority on Ottoman and Turkish military history.

Dr. Ed Erickson recently retired as Professor of Military History at the Command and Staff College, Marine Corps University in Quantico, Virginia. He now serves as a Scholar-in-Residence in the Clark Center for Global Engagement at the State University of New York at Cortland, Cortland, New York.

Dr. Erickson is a retired regular US Army lieutenant colonel and was commissioned in the field artillery in 1975. He also qualified as a Foreign Area Officer specializing in Turkey. During his career, he served in artillery and general staff assignments in the United States, Europe and the Middle East (including three tours in Turkey). In the Persian Gulf War of 1991, he served in the Third Armored Division as an artillery battalion operations officer, in Sarajevo in 1995 as a special assistant to the NATO Force commander, and in the invasion of Iraq in 2003 with the Fourth Infantry Division as General Raymond Odierno’s political advisor. He is the recipient of two Bronze Star medals, the Legion of Merit and numerous other military awards.

After retiring from active duty, Dr. Erickson worked as a high school social studies teacher and a school administrator in his hometown of Norwich, New York. He returned to Baghdad, Iraq in 2007 for a year to work as Professor of Political Science at the Ministry of Defense Training and Development College before coming to the Marine Corps University in Quantico in 2009. He has master’s degrees from Colgate University and Saint Lawrence University as well as a Doctorate in History from the University of Leeds in the UK.

Dr. Erickson is widely recognized as one of the foremost specialists on the Ottoman Army during the First World War. Among the numerous books he has written are "Ordered To Die, A History of the Ottoman Army in the First World War", "Defeat in Detail, The Ottoman Army in the Balkans,1912-1913", "Gallipoli, The Ottoman Campaign", "Ottomans and Armenians, A Study in Counterinsurgency", "Gallipoli, Command under Fire", and "Palestine, The Ottoman Campaigns 1914-1918". He is the co-author, with Dr. Mesut Uyar, of "A Military History of the Ottomans, from Osman to Ataturk". Dr. Erickson is also the author of "Strategic Water; Iraq and Security Planning in the Euphrates-Tigris Basin" and "A Soldier’s Kipling, Poetry and the Profession of Arms". Dr. Erickson is a frequent visitor to Europe and the Middle East and his latest book project is titled "Phase Line Attila, The Amphibious Campaign for Cyprus".