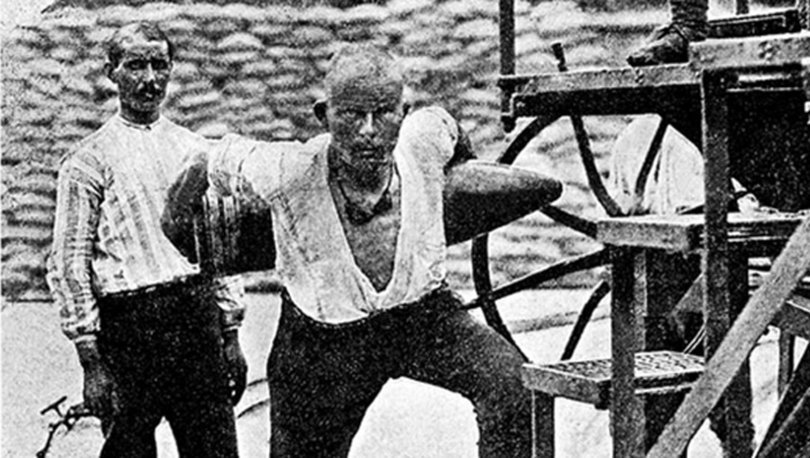 The Turkish American National Steering Committee (TASC) proudly remembers the Turkish soldiers and Turkish people who gave the ultimate sacrifice by fighting back Western colonialism in the Battle of Gallipoli/Çanakkale (Feb. 17, 1915 - Jan. 9, 1916).

TASC remembers Mustafa Kemal Ataturk who lead the Turkish victory by mobilizing an intelligent defense, and inspiring courage, dedication and determination among his troops and the Turkish people.

The British invasion of Gallipoli at the westernmost point of the Ottoman Empire occurred simultaneously with the Russian invasion at the easternmost point of the Ottoman Empire. For Western colonial powers it seemed to be an opportune time for an invasion of the Turkish homeland, as Ottoman security assets were spread thin and resources depleted, and the people were demoralized and exhausted.

On March 18, 1915, the British bombarded and set foot in Gallipoli, while in the same month the Russian Army lead the Armenian Revolutionary Federation (ARF) to mobilize massive insurrections and attacks in Van.

The Siege of Gallipoli caused massive casualties on both sides; over 260,000 British, Australian, French, New Zealand and Indian troops on one side, and over 250,000 Ottoman soldiers on the other side, totaling more than 500,000 sick, wounded, or deceased. The Rebellion in Van claimed the lives and displaced over 60,000 Ottoman Muslims and Jews at the hands of ARF.

Between 1915 and 1922, over three million Ottoman Muslims and Jews were killed and displaced in concurrent Greek, French, and Italian invasions of western and southern Anatolia. Over 1.1 Million Ottoman Muslims and Jews were massacred and displaced in the Armenian revolts that facilitated the Russian invasion in eastern Anatolia.

The Turkish victory at Gallipoli was more than a stand against foreign colonial occupation, which continues in the spirit of the Turk today. The victory provided confidence for the citizens of Anatolia to commence the Turkish War of Independence, which marked the end of the powerful 700-year Ottoman Era, and lead to the creation of a Turkish Republic in 1923, based on secular democracy, plural society, gender equality, and universal human rights.

Today, we honor the martyrs and veterans who have fought and continued to fight for Turkey's independence and sovereignty valiantly and selflessly.