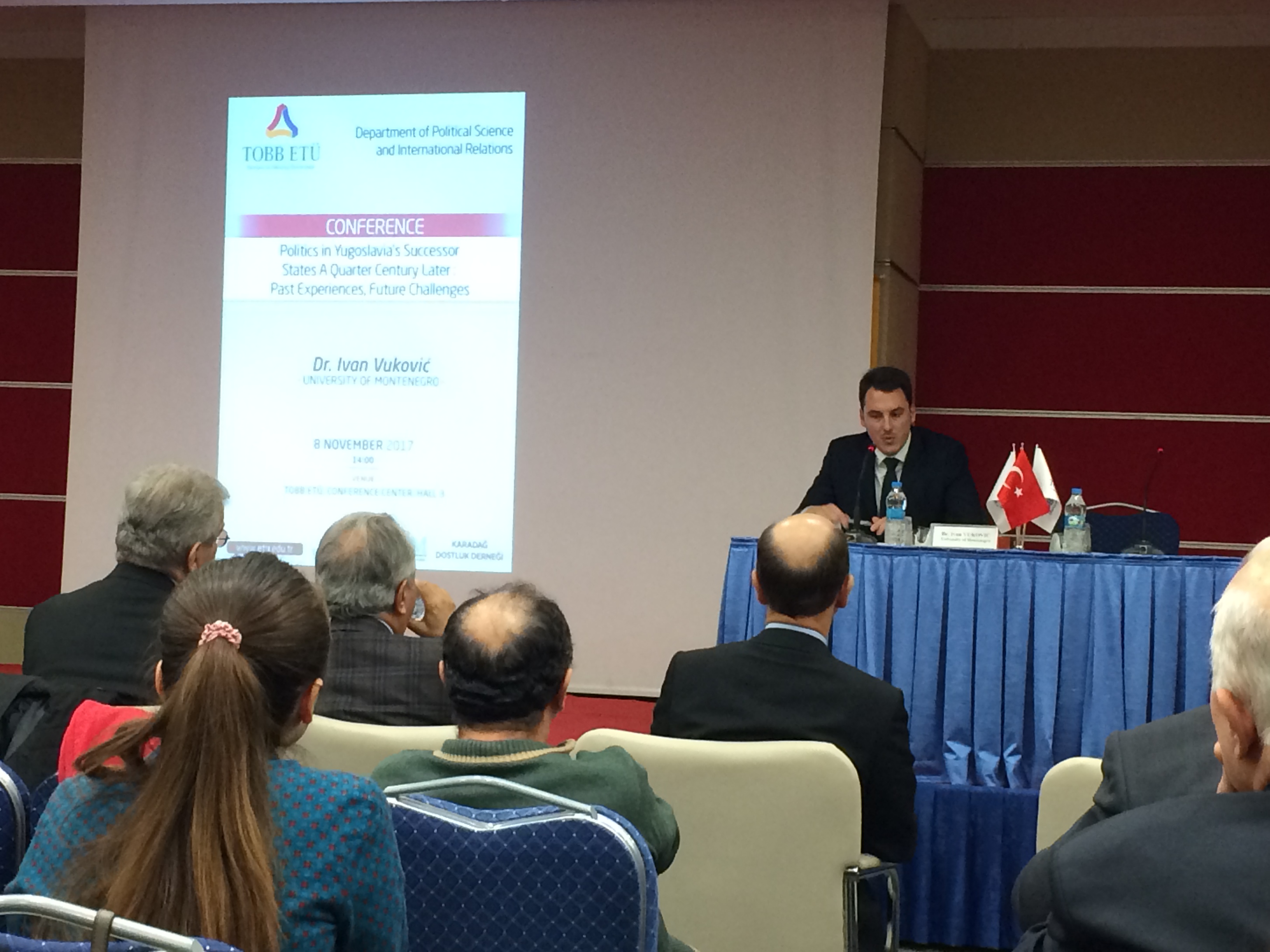 On November 8, the Center for Eurasian Studies (AVİM), the Department of Political Science and International Relations of TOBB Economy and Technology University, and the Montenegro Friendship Association jointly organized a conference on the current political developments in the Balkans. The keynote speaker was Dr. Ivan Vukovic from the University of Montenegro.

The introduction for the conference was made by Prof. Dr. Birgül Demirtaş, while Director of AVİM (R) Ambassador Alev Kılıç made introductory remarks. During his speech, Ambassador Kılıç underlined the significance of the Balkans for Turkey, being a Balkan country itself.

Dr. Ivan Vukovic divided his presentation into four segments. One part of his speech dealt with the creation of the Socialist Federal Republic of Yugoslavia. In this part, he dealt with the integration of different societies that compromised Yugoslavia and mentioned the beauty and importance of this society. The second part of his speech delved into the collapse of Yugoslavia. He explained the reasons for the collapse and how the process could not be reversed. In the third part of his speech, he explained the current environment in the Balkans. He not only explained the positions of the Balkan countries, but also the roles of the external factors such as the US, the EU, and Russia. The fourth and last section of his speech delved into the future of the region. Dr. Vukovic argued that significant patience and investment is needed before the region is able to reach the level of regional development and societal cohesion that existed during times Socialist Yugoslavia. The conference concluded with a Question & Answer session.