CONFERENCE TITLED “HYDROCARBONS IN THE EASTERN MEDITERRANEAN AND LEGAL RIGHTS OF TURKISH CYPRIOTS RELATED TO THE NATURAL RESOURCES” WAS HELD AT AVİM
Share : 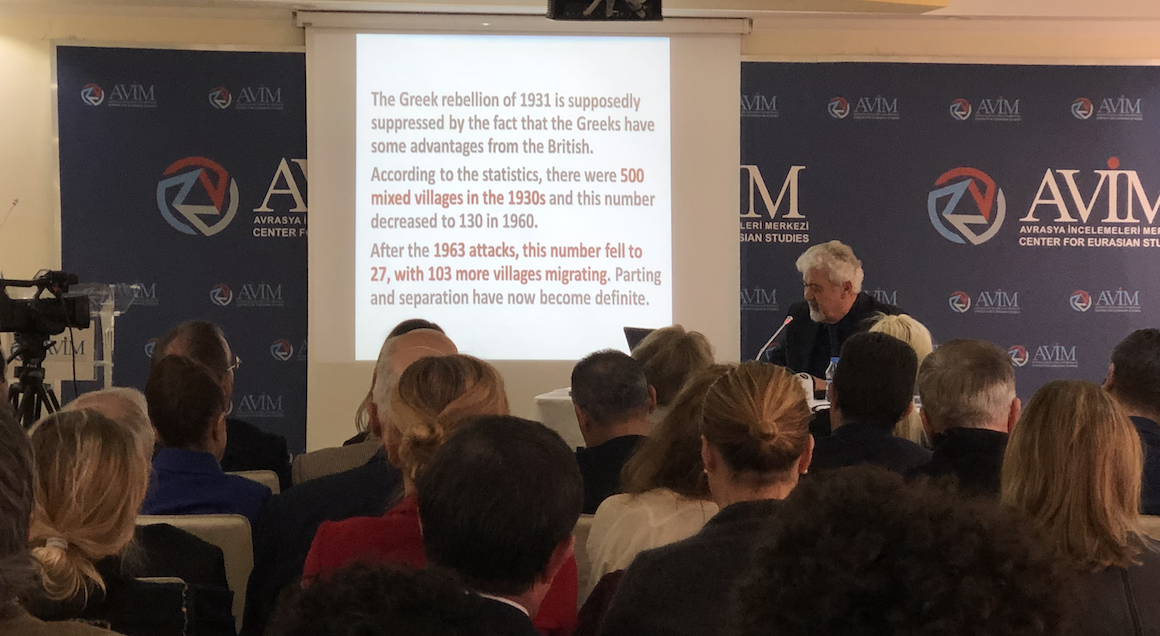 On 29 March 2019 a conference titled “Hydrocarbons in the Eastern Mediterranean and Legal Rights of Turkish Cypriots Related to the Natural Resources” was held at AVİM. The speaker of the conference was Prof. Dr. Ata Atun, who served as Political Consultant to the first President Rauf R. Denktaş of the Turkish Republic of North Cyprus, to 3rd President Dr. Derviş Eroğlu, and the former Deputy Prime Minister and Foreign Minister Serdar Denktaş. He as well  worked as the intercommunal talks negotiator from the Turkish Republic of North Cyprus in 2004 within the framework of the Annan Plan.

He has PhD degrees both in engineering and international relations. He has been appointed as the founding Rector of the International Aydın University in 2016. Prof. Dr. Atun is presently Dean of the Engineering Faculty of Cyprus Science University.

In his presentation Dr. Atun gave an insight of the past history of Cyprus, the roots and causes of the intercommunal conflict between the Turkish and Greek communities on the island since early 1950s. He then touched upon the Hydrocarbons issue in the Eastern Mediterranean giving detailed information about the exploration activities currently underway in the waters around Cyprus.

Attended by a distinguished group of members of the Diplomatic Corps in Ankara, the conference continued with Q&A session.