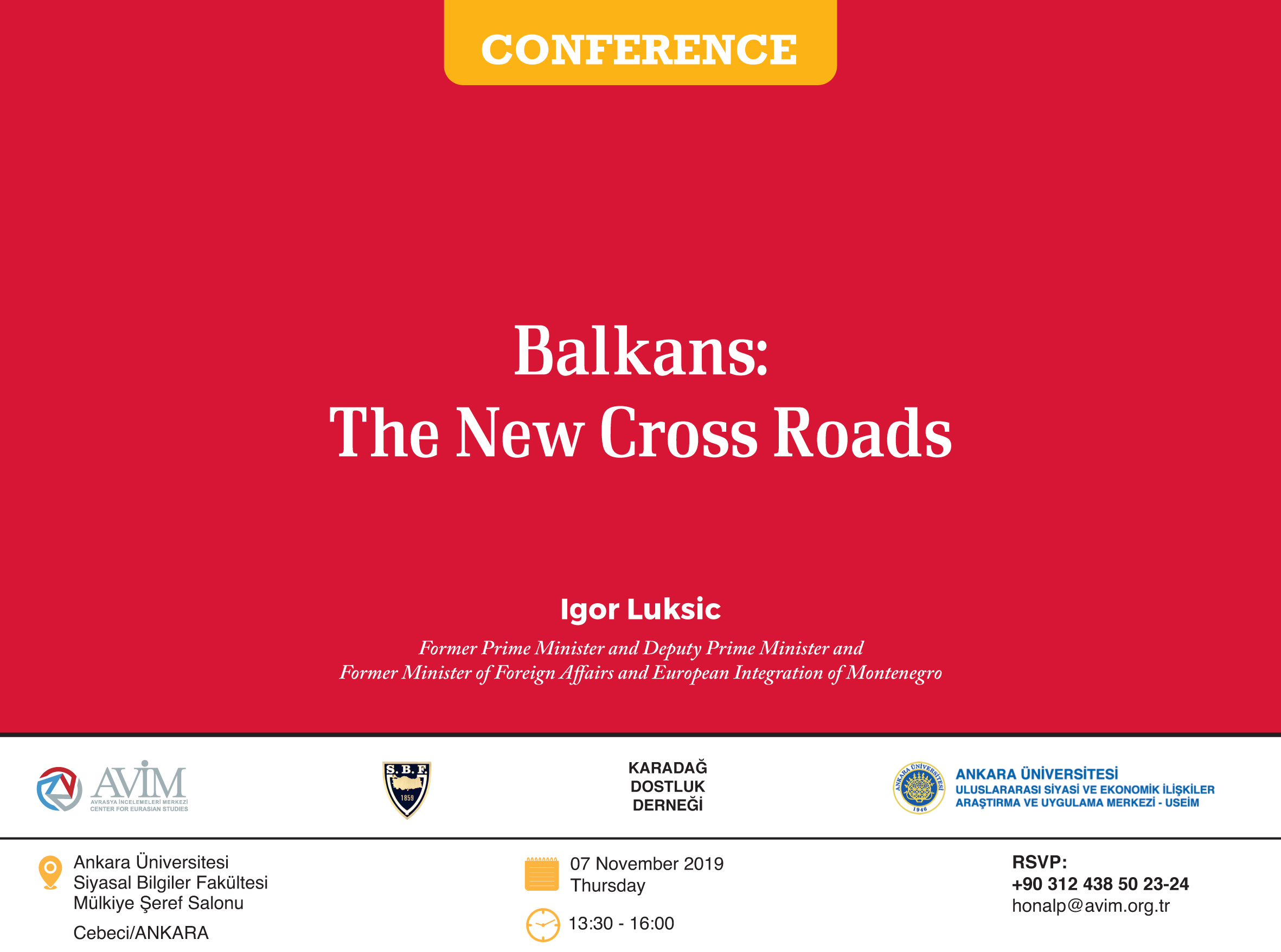 We are pleased to invite you to a conference titled “Balkans: The New Cross Roads” that will be held on 7 November 2019 between 13:30-16:00 hours
at the “Mülkiye Şeref Salonu”.

The conference will be in English. There will be no translation service.