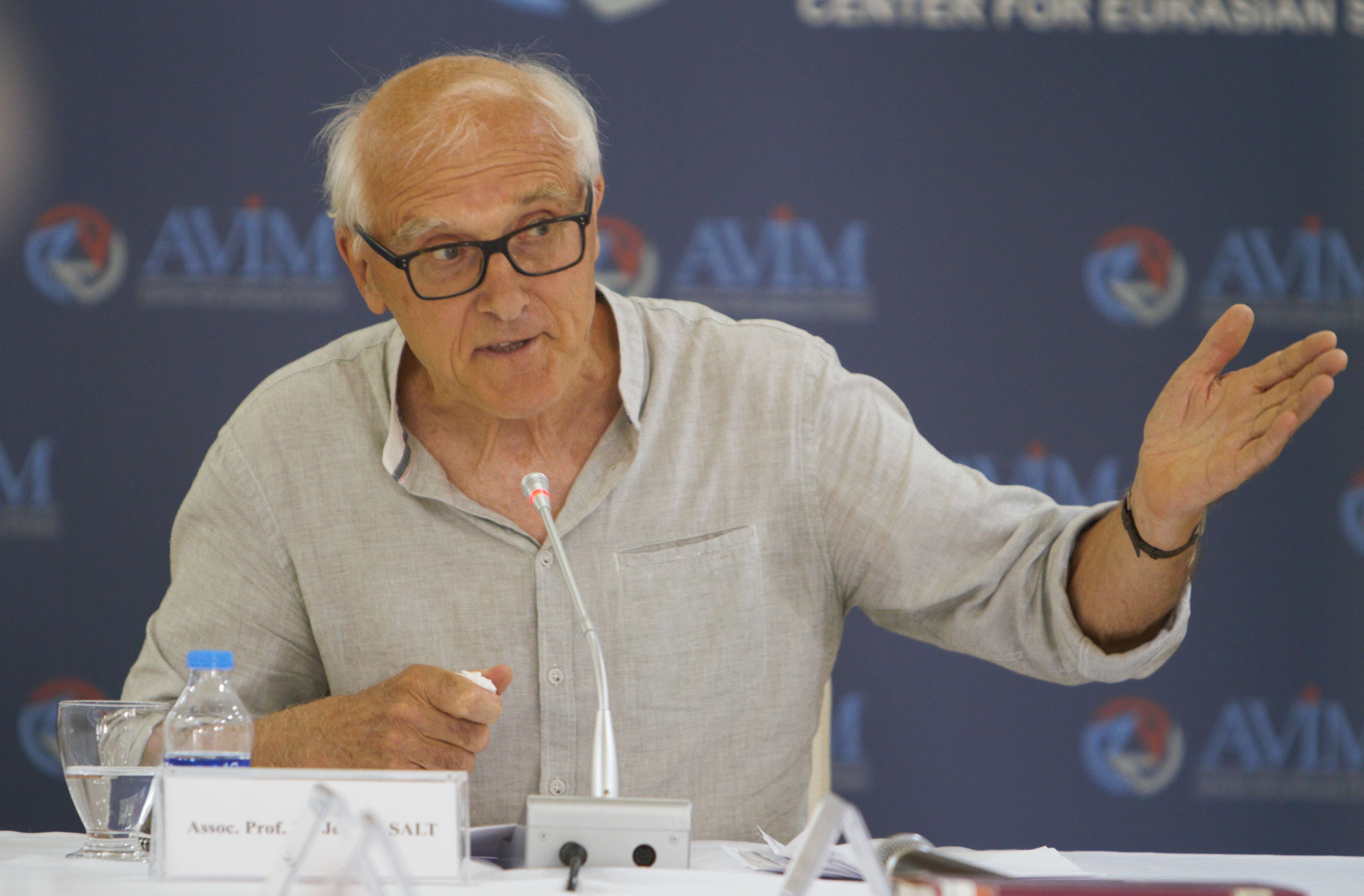 On 23 June 2016, Center for Eurasian Studies (AVİM) held a conference titled Civilian Victims of War in the Ottoman Empire 1878-1918: What 'History' Does Not Tell Us?, at which Jeremy Salt, a retired academic who taught courses on Middle East history and politics at Bilkent and Melbourne universities was the speaker. Jeremy Salt is the author of the books Imperialism, Evangelism and the Ottoman Armenians 1878-1896 and The Unmaking of the Middle East. A History of Western Disorder in Arab Lands, as well as numerous academic articles.

Jeremy Salt, for many years, has been researching Ottoman Armenians, Turkish-Armenian relations and the events of 1915. At this conference, Salt provided the audience with a socio-political picture of the last thirty years of the Ottoman Empire by relying on his decades long studies.

The conference was concluded with a lively Q&A session.

Photographs of the conference are available on AVİM website.