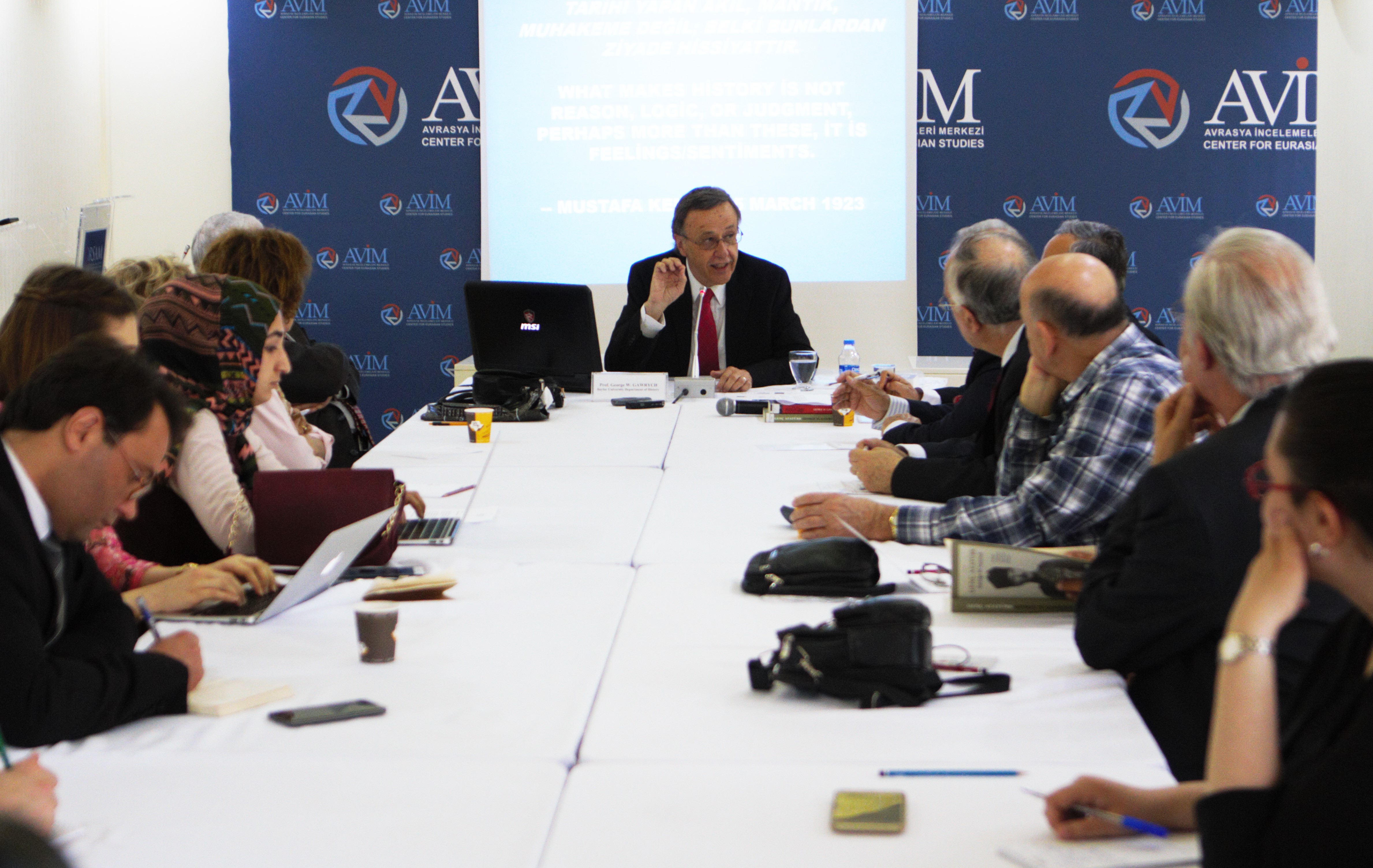 On Thursday, June 9, 2016, The Center for Eurasian Studies (AVİM) hosted George W. Gawrych, the author of the book “The Young Atatürk”.

Gawrych, differently from other biographies of Atatürk, analyzed Mustafa Kemal Atatürk’s military career. He underlined that, in order to better understand Atatürk who was one of the most important statesmen of the 21st century, it is necessary to know Atatürk’s youth and military career.

Gawrych’s book, which focuses on Mustafa Kemal Atatürk’s development during his years in the army, include archival documents, Atatürk’s notes, commands and correspondences. Gawrych revealed Atatürk’s thought process when solving the challenges he encountered during his military career.