A CONFERENCE TITLED “HYDROCARBONS IN THE EASTERN MEDITERRANEAN AND LEGAL RIGHTS OF TURKISH CYPRIOTS RELATED TO THE NATURAL RESOURCES”
Share : 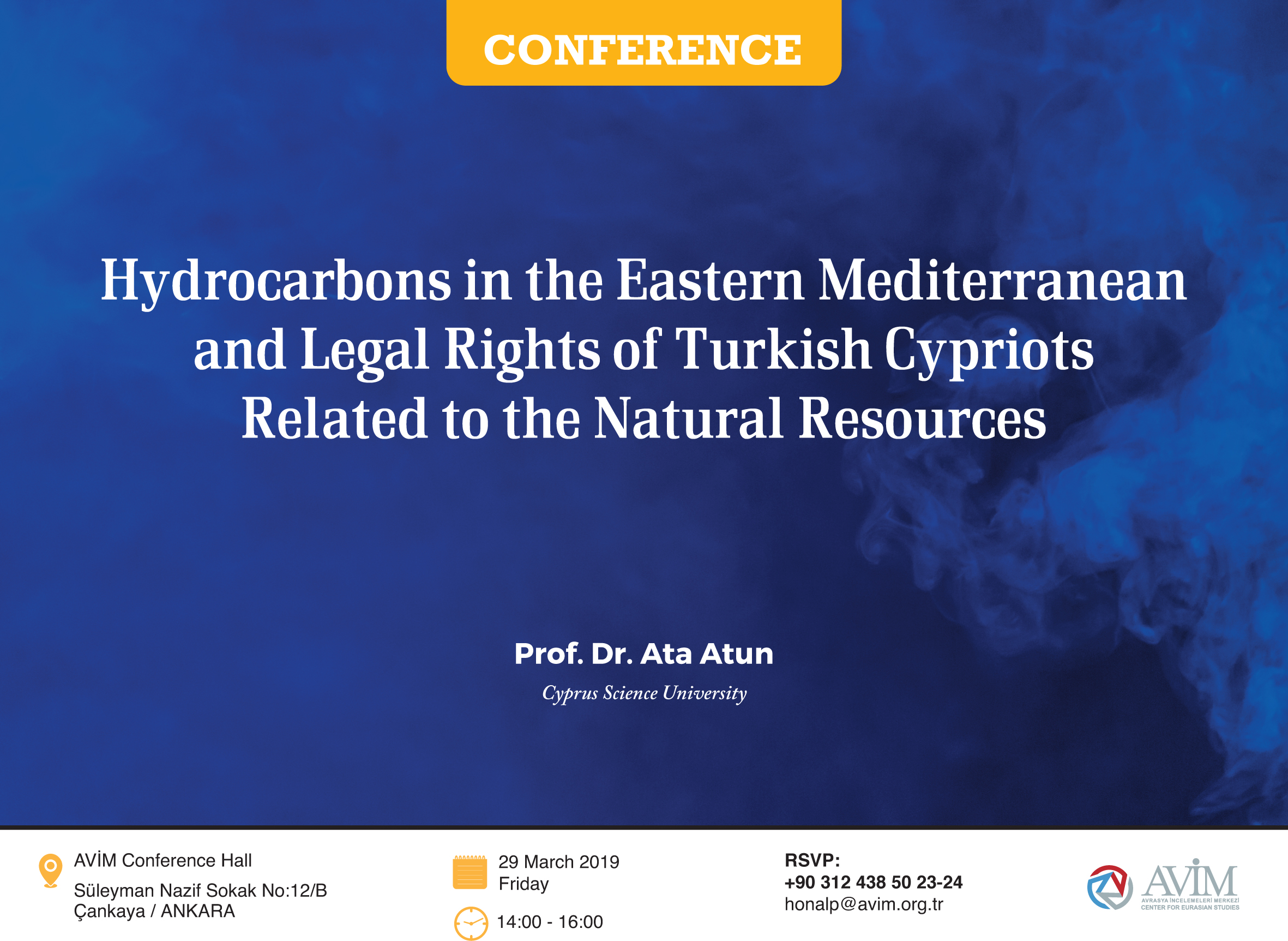 A conference titled “Hydrocarbons in the Eastern Mediterranean and Legal Rights of Turkish Cypriots Related to the Natural Resources” will be held on 29 March 2019 between 14:00-16:00 at the AVİM Conference Hall.

Prof. Dr. Ata Atun served as Political Consultant to the first President Rauf R. Denktaş of the Turkish Republic of North Cyprus, to 3rd President Dr. Derviş Eroğlu, and the former Deputy Prime Minister and Foreign Minister Serdar Denktaş. He worked as intercommunal talks negotiator from the Turkish Republic of North Cyprus in 2004 within the framework of the Annan Plan. He was selected as a member of the Science Committee of the International Academy of Sciences of Turkish World Researchers in December 2005 and, he is the chairman of the Turkish World Media Forum since 2013. He has PhD degrees both in engineering and international relations.

He has been appointed as the founding Rector of the International Aydın University in 2016. Prof. Dr. Atun is presently Dean of the Engineering Faculty of Cyprus Science University.

The conference will be conducted in English. There will be no translation service.