[BALKAN] PARTNERS INVITED TO THE SECOND PLENARY SESSION OF THE CONFERENCE ON THE FUTURE OF EUROPE
Share : 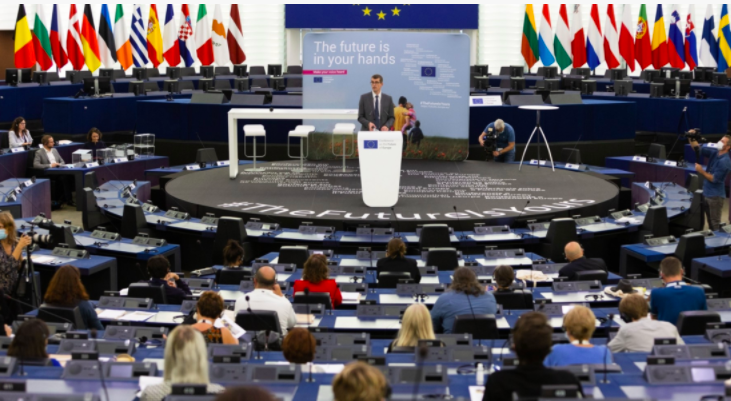 “The Conference on the Future of Europe focuses on content of interest to European citizens. They play a leading role in a broad debate on how the Union should be shaped in the future in order to meet their expectations,” stressed State Secretary Gašper Dovžan before the meeting. For the first time, the Plenary will discuss contributions from citizens who have previously attended the first meetings of the European Citizens’ Panels and citizens who have attended national panels and events in the member states or published on a multilingual platform. With the participation of the citizens, the Conference Plenary will be a real meeting with citizens and about citizens. “As the country holding the Presidency, we are particularly pleased that the Western Balkan(*) partners will participate for the first time, as the European future is also their future,” added State Secretary Dovžan.

(*)AVİM considers the term "Western Balkans" to be a politically motivated separatist terminology and persists on the use of the geographical and historical identification "Balkans" regarding the region.