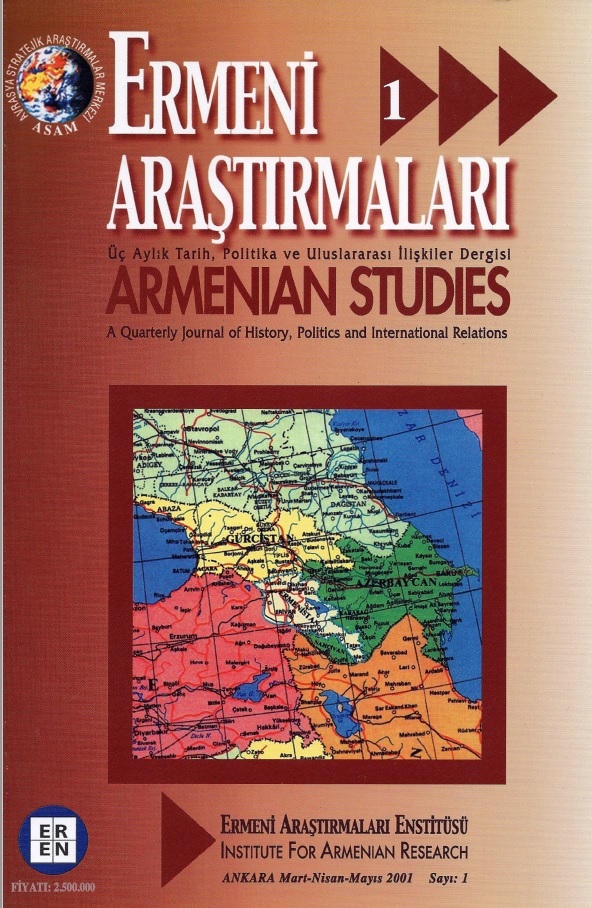 Prof. Özdağ criticizes the general stand of the Turkish governments which did not work in an organized, systematic, scientific method  and subsquently faces defeat in many cases. This is especially true for Armenian issue. Today all Turkish  institutions  considersthat the fight the  against Armenian claim is not their exclusive responsibility.

When Armenian terrorism began, a group of diplomats and scholars under the guidance of the Turkish Ministry of Foreign Affairs successfully worked to make publicly known the Turkish thesis on this issue. But after Armenian terrorism came to an end, Turkish governments considered that the Armenian issue has also ended and they did not support any more efforts on that field. On the other hand Armenians who always viewed the terrorism as the first step of their struggle, inaugurated a new phase which based on numerous pseudo-scientific books and articles which aimed to have the public opinion accept that the Armenian "genocide" is the second important genocide.

The effors of Armenian Diaspora on that field was backed up by Armenia after its independence. As a matter of fact Armenia became an aggressive state by occupying 20% of the Azerbaijani territory, by not recognizing the invariability of the Turkish borders and by constantly interfering to Javakheti in Georgia.

A new factor on this issue appeared in Turkey with the publication of some books which supported Armenian views and by the formation of a small pro-Armenian group composed by some scholars and businessmen. This contrasted with the diminishing number of the Turkish scholars who followed the traditional line on that matter.

Ankara upto now showed no proper reaction to this issue. It’s not compatible with the intellectuals’ responsibility to expect everything from the government, they also could act on their own. To that extend it is necessary to establish a center which will constitute a scientific "headquarter" to face the covert war led by the Armenians against Turkey.

The task of this Center should be to study Armenian history, culture and religion as well as Armenian Republic and Diaspora’s policies and activities; to collect all the publications concerning all the Armenians and Armenia, to grant fellowship also to foreigners, to study different aspects of the issue, to publish books, articles and mainly a journal in Turkish and in English, to give conferences abroad on that subject, to support and encourage master and doctor thesis etc.

That kind of a center called " Institute for Armenian Research" has been established by the "Center for Eurasian Strategic Studies". This journal that you have in your hand is the first product of this Institute.