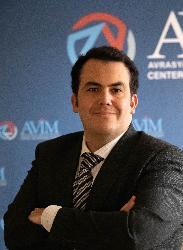 Teoman Ertuğrul Tulun has completed his undergraduate studies at McGill University in Political Science (Major), International Relations (Minor), and History (Minor) and graduated in 2003. Between 2003-2004, he worked as senior research assistant at the European Union Communication Group (ABİG).

Since 2010, he is continuing his doctoral studies at Bilkent University Department of Political Science and Public Administration. Between 2010 and 2015, he worked as research assistant and teaching assistant at the same department. Between 2012-2015 at the same department, he taught Introduction to Sociology and Introduction to Political Science I courses.