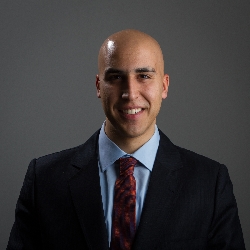 Mehmet Oğuzhan Tulun completed his undergraduate degree in 2008 at McGill University Faculty of Arts, with a major in political science, minor in international relations, and minor in history. In 2012 he completed his master’s degree on the European Union at Başkent University European Union and International Relations Institute. His master’s thesis focused on the evaluation of the citizenship policies of the Baltic states within the framework of the European Union. Between 2013 and 2017, he took doctoral level courses from the Department of Political Science at Ankara University Faculty of Political Science.

Tulun has been working as a analyst at the Center for Eurasian Studies (AVİM) since October 2013.