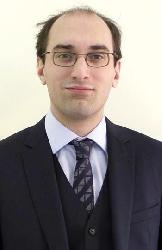 Dr. Maxime Gauin has been AVİM’s scholar in residence since August 2012. Gauin got his B.A. in History from université Bordeaux-IIIin 2005 and M.A. in Contemporary History from université Paris-I-Sorbonne and École normale supérieure de Lyon in 2010. He received his Ph.D. degree in History from Middle East Technical University in 2019. Previously, Gauin worked as a researcher at the International Strategic Research Organization (USAK). He has published articles in various academic journals including the European Journal of International Law, the Journal of Muslim Minority Affairs, the International Review of Turkish Studies. He also contributes to different dailies such as Hürriyet Daily News, Daily Sabah, Haaretz, The Jerusalem Post, and Cumhuriyet.