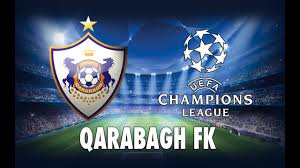 If you have never heard of Qarabağ FK, I would not blame you. Even the most diehard soccer fans were probably googling them after AS Roma legend Francesco Totti pulled them out of the fourth pot to complete Group C in the Champions League this year. Predicted by many to be a group of death, the pool already included English champions Chelsea, Spanish powerhouse Atlético Madrid, and Totti’s old team and Italian runners-up Roma.

Qarabağ FK, or the Horsemen, as they are called by their fans, are the first team to ever qualify for the UEFA Champions League from Azerbaijan. The Champions League is the most prestigious club tournament in the world, and is composed of the winners of Europe’s top leagues and other highly ranked teams. While leagues like Spain’s La Liga can have up to four teams in the competition, lower leagues like the Azerbaijan Premyar Liqa can only have their champion, who must go through a rigorous qualification process just to make it to the group stage.

Even though their qualification is impressive on its own, the five-time Azeri champions have a deeper story than their improbable European exploits.

The team was founded in 1951 and was an original member of the Premyar Liqa in 1992. The club was formed in the small town of Aghdam, located in the southeastern corner of Azerbaijan. This area is called the Nagorno-Karabakh region and it has an Armenian ethnic majority. When Armenia and Azerbaijan gained their independence from the collapsing USSR in 1991, the Armenian majority in Nagorno-Karabakh began agitating for independence from Azerbaijan or unification with Armenia. Conflict erupted between Armenian-backed separatists and Azeri minorities which caused an estimated 30,000 deaths and displaced over one million people. Tensions still run high in the area, with neither government willing to relinquish control of the area.

During the war, Qarabağ FK frequently played through bombings and their stadium was attacked on multiple occasions, although no one was ever hurt. Aghdam was evacuated and occupied by separatist forces on June 23, 1993, a mere ten days before Qarabağ won its first ever league championship. It was little compensation for the loss of their homes and destruction of its city. To this day, Aghdam remains a desolate ghost town, with only combatants still living in the city.

After relocating to the capital of Baku, Qarabağ emerged twenty years later as a powerhouse in its league, winning the last four Premyar Liqa titles. However, it was the qualification of the Horsemen to the Champions League that cemented their place in soccer history.

In its first official Champions League group stage game, away at Chelsea, Qarabağ was destroyed 6-0. Though its fans celebrated just being there, most of the soccer world figured that the Horsemen would have almost no effect on the outcome of the group. Some even predicted standings could be determined by who scored the most goals against Qarabağ. However, the Horseman soon began to show their mettle. In their first ever home game in the Champions League, they battled Roma, and only lost 2-1. Yet the biggest results would come in the next two games.

In back-to-back match days, Qarabağ came up against Atlético Madrid. The Spanish team was Champions League runner-up twice in the last four years, and had made the semifinals in three of the last four. In both games, the Horsemen held Atléti to 1-1 draws, essentially knocking Atlético out of the Champions League while also winning the first ever points by an Azeri team in the competition’s history.

It is unlikely that Qarabağ FK will make it out of the group, but it has shown that it is capable of playing with some of the top competition in Europe. This team with no home also shines as a beacon of hope to the people of Aghdam, who see them as the last remnant of their beloved city. Additionally, the ability for their team to travel to the capitals of England, Spain, and Italy has generated international interest in understanding the suffering felt by those affected by the war.

A Qarabağ fan stated this momentous achievement for the club and the country perfectly before the game against Chelsea:

“Even if we lose, we have already won.”