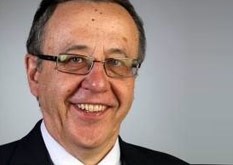 1. From the Armenian Youth Federation, with video (see Nov. 10 post):

Armenian students at California State University Northridge (CSUN) shut down a planned lecture about Mustafa Kemal Ataturk, citing historical evidence Ataturk continued Turkey’s genocidal policies and the event’s purpose to distract from the crisis in Turkey today. The lecture is a part of a series of events around Southern California in celebration of “Ataturk Week” on November 9–13, 2016.

Our presence at these events will send a clear message to the Turkish community that college and university campuses are not incubators for denialists. Treating college campuses as breeding grounds for Turkish nationalist ideology is offensive for the number of Armenian students who attend these colleges.

Scholar George Gawrych got through no more than five sentences during his presentation on his book about Turkish army officer Mustafa Kemal Atatürk before students raised their voices in protest Thursday at the Aronstam Library in Manzanita Hall.

Over 20 protesters stood up from their seats, turned their backs on Gawrych and repeatedly chanted “Turkey guilty of genocide” and “genocide denialist.”

Gawrych waited briefly as other attendees voiced their opinions to let him speak, until he began walking up and down the aisle trying to get the protestors to face him.

Two police officers who guarded the entrance escorted Gawrych, a Baylor University Boal Ewing chair of military history, out of the library to sounds of chanting protesters.

CSUN professor Owen Doonan had “invited Gawrych to speak for the Middle Eastern Islamic Studies program.” Prof. George Gawrych’s book, “The Young Ataturk: From Ottoman Soldier to Statesman of Turkey,” won one of the Society for Military History 2014 Distinguished Book Awards. And yet it turns out that even a faculty-invited scholar with impressive credentials isn’t allowed to speak at CSUN. Naturally, no speaker should be shouted down this way, whether he wrote an award-winning book or not — but the stature of Gawrych’s work is just a reminder of how deeply the movement to suppress speech has spread at American universities. (Something similar, by the way, seems to have happened the next day at Chapman University.)

Defenders of free speech often warn of the slippery slope: Once we allow suppression even of foolish, lightweight, uneducated speakers, this will lead to suppression of serious scholars as well. Such slippery slope concerns are often pooh-poohed as a paranoid “parade of horribles.” Well, here’s the latest float in that parade, come to a university near me. And you’re not paranoid if they really are out to get you.

Last week, a talk by visiting Professor George Gawrych was cancelled in the interest of public safety when it was determined that the event could not go on due to the student protest you referenced. Specific information about the conduct giving rise to the need to cancel the event is being gathered, and the need for further action will be determined.

CSUN is proud of its strong ties with the Armenian community, which has provided the university with the opportunity and resources to offer a distinguished and respected Armenian Studies program and serve the largest number of Armenian students at any university outside of Armenia. At the same time, and as a higher education institution committed to the values of scholarship, knowledge and the exchange of ideas, it is important for our university to be open to a wide range of visiting speakers and scholars, even those whose ideas we may disagree with.

I asked whether any disciplinary measures were expected for students who shouted down the speaker, and caused the “public safety” danger; the response was, “At this time, information about student conduct is still being gathered.” If you look at the video, you’ll see that police officers were present. I would have expected that the university would have said at least something about how shouting down speakers is bad behavior — but nothing along those lines has come around yet.

3. Before the talk was scheduled, three groups, including the CSUN Armenian Students Association, wrote a letter to the dean of students protesting the talk; in an e-mail responding to my query, the president of ASA said that “members of ASA did join alongside AYF” in the “protest” of the talk that I discussed at the start of this post:

This letter is from the Presidents of the Armenian Students Association, Alpha Gamma Alpha (the Armenian Sorority), and Alpha Epsilon Omega (the Armenian Fraternity) at Cal State University, Northridge. We would like to express our deepest disappointment regarding The Association of Turkish Americans of Southern California (ATASC) scheduled event at CSUN this Thursday, November 10th, 2016. The event entails bringing in a guest speaker, Professor George G. Gawrych, to discuss and celebrate Mustafa Kemal Atatürk, who served as a soldier in the Ottoman Empire and later Prime Minister and President of Turkey from 1920 until 1938. Upon initially hearing about this event and seeing the flyer, we were baffled. As executive members of our respective Armenian organizations, we were confused as to how it was deemed acceptable or appropriate.

Please do not dismiss our concerns as hyperemotional. This issue is about intolerance — both the ATASC and, historically, Mustafa Kemal Atatürk are well-known deniers of the Armenian Genocide and misanthropes towards the Armenian community. If you were not aware, the Armenian Genocide was the systematic killings of 1915 ordered by the Ottoman Empire (present-day Republic of Turkey) towards the Armenian community for the purpose of ethnic cleansing. Men, women, children, and elderly were all either murdered, raped, tortured or starved to death to carry out these actions. Currently, the government of Turkey denies that such an order was ever established and continues to carry an agenda to falsely educate others regarding the historical occurrences during that time.

It is quite bizarre that an event revolving around the ignorance and injustices against humanity is being allowed to take place on campus. This is for two reasons: 1) CSUN is a large proponent of the inclusion and respect of all individuals, regardless of gender, race, and ethnicity, with a zero tolerance policy regarding hatred and 2) Our campus is a well known supporter of the Armenian Community and its cause. It is reported that 10% of the CSUN student body and 125 members of full- and part- time faculty and staff are Armenian. Our university is currently in the process of establishing a study abroad program with the American University of Armenia. The president of CSUN’s Associated Students, Sevag Alexanian, is also Armenian. The Associated Students has passed a resolution to recognize the Armenian Genocide every year on April 24 by honoring the victims with a tradition of the rose ceremony and educating members of AS with the historical events during that time. Our campus also has an Armenian Studies department, where students can minor in Armenian Studies. Around this time last year, it was announced that the the Armenian Studies program was awarded a $250,000 grant from the TF Educational Foundation, the family foundation established by philanthropist Jerry Turpanjian. The funds will provide scholarships for students who have both enrolled in CSUN’s Integrated Teacher Education Program (ITEP) and declared a minor in Armenian Studies.

We would like to add that we are in no way denying ATASC’s right to the freedom of speech. However, for CSUN to give a platform to an organization that glorifies a government killing its own people is not only an atrocious act within itself, but also degrading to this university’s reputation as a world-class public institution. For CSUN, with its large population of Armenian students, faculty members, and donors — not to mention its expanding Armenian Studies Department — this is an embarrassment.

Our wish is that the situation is rectified and that this event is cancelled, to further prevent the spreading of false information and hatred toward our community. On behalf of the Armenian student body, we are deeply offended that an event such as this was over sought by the CSUN administration and we hope that it will never happen again.

So let’s see: The university is supposed to exclude historians who want to speak positively about important historical leaders, based on students’ ideas about which views are not “acceptable or appropriate.” Indeed, the university is not supposed to “allow” such a talk “to take place on campus.” That’s not just true of talks that themselves disagree with the position that the Ottoman Empire engaged in genocide; as best I can tell, there was no indication that this was the purpose of Gawrych’s talk. It’s also true of a talk that praises a leader who disagreed with that position (and who did other bad things).

Moreover, the theory goes, the university’s policy of “zero tolerance … regarding hatred” means that scholars who want to express favorable views about such leaders must be excluded. That’s the new suppression ideology in a nutshell.

Thanks to Charles Chapman for the pointer.