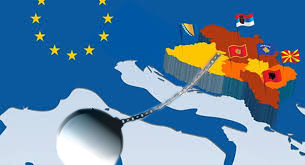 My last article on the Balkans titled “Why is [Emmanuel] Macron skeptical about playing Ode to Joy for the Balkans?” ended with the following foresight: “Time will show us whether the EU, with the rivalry mentality of French President Macron, will succeed in finding ways not to get stuck in a cul-de-sac in the Balkans.” As it can be remembered, the European Commission adopted the strategy this February under the title of “A credible enlargement perspective for an enhanced EU engagement with the Western Balkans.” Then, in April, the College of Commissioners recommended to the European Council to open accession negotiations with Albania and Macedonia. However, at the very same time, Macron, in his speech to the European Parliament, ruled out any expansion of the EU until its member states undertake serious reforms and stressed that he does not want to see Balkan countries turn towards Turkey or Russia.

The EU-“Western Balkans” summit took place in Sofia this May. Per European Council’s press release, “EU leaders agreed on the Sofia declaration, with which Western Balkans partners have aligned themselves.” In the Summit Declaration, the leaders of the EU and of its member states, after welcoming “the shared commitment of Western Balkans partners to European values and principles” and affirming their “unequivocal support for the European perspective” did not pronounce any meaningful vision for enlargement towards the Balkans. Instead, they only referred to a vague, new concept of “connectivity.” Firstly, the declaration states that “building on progress made, including through regional initiatives, we pledge to enhance substantially connectivity in all its dimensions: Transport, energy, digital, economic and human.” Then, in the Annex of the Declaration, it is elaborated that a new package of connectivity projects is to be launched including support for the Blue Highway and the Peace Highway. According to press reports, Albanian Prime Minister Edi Rama told a group of journalists after the summit that “a perspective without accession talks is like a marriage where we do not talk. How will it happen?”

“Connectivity” is not an often used term in EU enlargement or integration terminology. “Connectivity” is in fact one of the foundational concepts of the Association of Southeast Asian Nations (ASEAN). According to ASEAN, “Connectivity is an integral part of building the ASEAN Community that will contribute to a more resilient and well-connected ASEAN. Enhancing ASEAN Connectivity would continue to benefit all ASEAN Member States through improved physical, institutional and people-to-people linkages.” It should be noted that ASEAN’s conception of regional integration is not as comprehensive and deep as that of the EU’s, meaning that it leaves much more room for individuality among member states and is not geared towards the creation of a supranational entity.

In some of the speeches made by top European Commission officials concerning the Asian context, like the one delivered in the Chinese Belt and Road Forum in Beijing and in the document titled EU-ASEAN Action Plan (2018-2022), we find references to “connectivity.” However, it should be underlined that this term and the concept it represents cannot be considered as part of the usual EU terminology and derives its meaning from a different conception of integration. It seems that the EU, in order not to get stuck in a cul-de-sac in the Balkans, tries to import ASEAN-origin concepts to be used by the EU. From my perspective, this move might be an indication that the EU is running out of creative and original ideas about enlargement and integration. If the EU loses its creativity and originality, it will further lose its already limited influence on the global scale. We are still in need of a lively and balancing EU that can take its place in the center stage of the international arena.

**Photo: Photo has been taken from the following source "http://thesrpskatimes.com/" and modified.