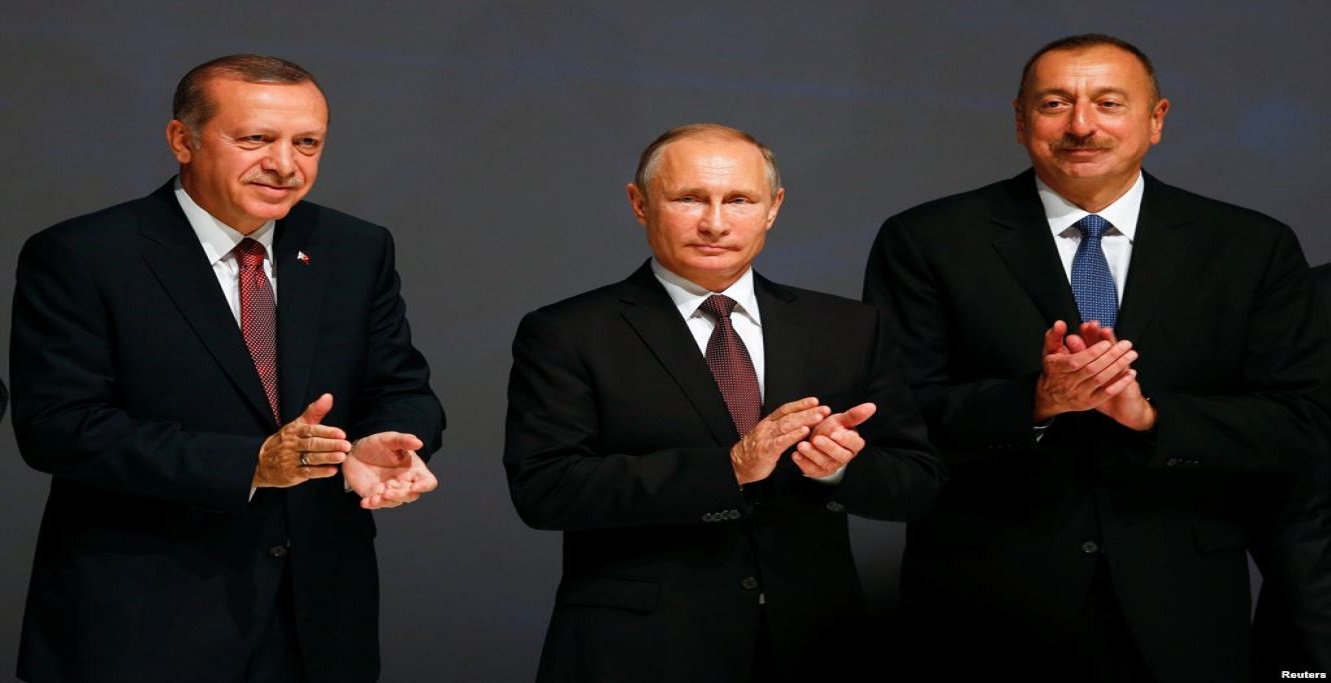 The year 2016 has come to an end. Political and economic instability has continued in many countries of the world. Turkey and Russia are trying to normalize the relations and recover stability in the region. But the recent events (The assassination of Russian ambassador to Turkey) have shocked both Russian and Turkish sides. Syrian conflict, the Nagorno-Karabakh conflict, Russian-Turkish relations are the main topics of today.

To find out more information, Azenglishnews.com addressed a few questions to Mehmet Oğuzhan Tulun who is an expert at the Center for Eurasian Studies on Eastern Europe, the Caucasus, Turkish-Armenian studies, Turkey-Armenia Relations, International Crimes, International History, Religion and Politics

Can this incident lead to confrontation between Russia and Turkey?

The assassination of Russia’s Ambassador to Turkey, Andrey Karlov, was both shocking and tragic. However, this terror attack will not lead to confrontation between Russia and Turkey. This is because the attack was carried out by a terrorist who acted based on his own volition or his associates’ directives.

The attack had nothing in common with Turkey’s foreign policy approach towards Russia. In fact, after mending their ties this year, both countries have been busy cooperating in political, economic, security spheres. Russia and Turkey are among the most influential actors of their region and beyond.

The absence of constructive relationship between these two countries not only leads to a bad economic climate for both, it also opens the way for instability in their region, as exemplified by what happened in Syria. Only through strong cooperation and compromise between Turkey, Russia, and other relevant actors, the Syrian crisis, which has a globally destabilizing effect, can be brought to an end.

Also, this attack is very shocking for Turkey, because many Turkish diplomats and security servicemen were the victims of an organized assassination campaign by extremist Armenians belonging to the terrorist organizations called ASALA and JCAG-ARA from the 1970s to 1980s (to some extent the 1990s as well). In this timeframe, Turkish diplomats were also murdered in the attacks carried out by extremist Greeks and Iranians belonging to other terrorist organizations. In fact, no other foreign service in the world has lost as many of its personnel to terrorist attacks as the Turkish Ministry of Foreign Affairs did. Turkey is deeply familiar with the pain associated with losing a diplomat.

From the very outset of the assassination against Ambassador Karlov, Turkey expressed its revulsion and its willingness to cooperate with Russia in any way possible to uncover the circumstances of this attack. Russia responded positively and in an equally determined manner. Considering that the assassination of Ambassador Karlov was carried out just when Russia-Turkey relations were rapidly improving and right before an agreement between Turkey, Russia, and Iran for a peaceful resolution to the Syrian crisis, both the Turkish and the Russian leadership considered the assassination to be provocation designed to destabilize the bilateral relationship between Turkey and Russia.

As long as Russia and Turkey are determined to work together to resolve Ambassador Karlov’s assassination and keep the above-mentioned parameters in mind, this assassination will serve as a reminder that these two countries need to improve their bilateral relations and cooperation.

Can the USA be concerned? if yes, why?

Yes, the US should be concerned, because the hesitance on part of the US government towards combatting and cooperating against international terrorism has caused a deep sense of disappointment in Turkey.

Turkey, for the last couple of years, has been battling domestic and foreign terrorism on multiple fronts.

The US government’s lukewarm approach to Turkey’s sensitivities concerning terrorism (just take a look at friction between Turkey and the US after the July 15 coup attempt by FETÖ), its insistence on cooperating with the YPG (which even American officials themselves admit to having strong ties with the PKK), its attempts to stall Turkey’s operations against DAESH in Syria, and its inconsistent policies towards Syria and the rest of the instabilities in the Middle East and North Africa exasperated the terrorism problem faced by Turkey.

The tragic assassination of Ambassador Karlov on Turkish soil has led to the need for the enhancement of cooperation between Turkey and Russia in combatting terrorism and bringing the perpetrators of this attack to justice. Since Turkey and the US are key NATO allies, one would expect the US to show the same kind of determination and cooperative spirit. We should remember that not so long ago, several Turkish diplomats were the victims of terrorist attacks in American soil, perpetuated among others by Harry (Hampig) M. Sassounian, the terrorist who assassinated Turkey’s Consul General to Los Angeles Kemal Arikan in 1982. Sassounian is a member of JCAG-ARA and has throughout the years shown absolutely no remorse for murdering Kemal Arikan.

Yet, Sassounian was recently released on probation by a US court. His release should be seen as an affront to Turkey and Russia, both of which have lost diplomats to terrorist attacks. It should be known that Turkey rightfully expects the US government to take a firmer stance against terrorism and show determination to retract Sassounian’s release.

How can Turkey prevent a new terroristic act? What is the biggest issues in which Turkey is involved?

Terrorism is not a problem solely of Turkey. Terrorism is a global problem, and looking at current trends, terrorist attacks throughout the world will continue to escalate in the years to come. In fact, it can be said with confidence that terrorism will be one of the defining global problems of this century.

Turkey has been forced to deal with terrorism for a very long time now, but this should be seen in a global context, where the international community has failed to come to a common understanding of terrorism. Individual countries of the international community unfortunately have a habit of choosing who to define as “terrorist” according to their national interests, which give extremist groups (advocating violence for the sake of some cause) maneuvering room in their aggression directed at various countries, including Turkey.

Attacks in Turkey, Iraq, Germany, France, Belgium, Lebanon, Nigeria, Somalia, or Kenya are all connected in the sense that terrorism is a worrying global phenomenon on the rise. The age of the Internet means that terrorism in one place has the potential to serve as an inspiration for extremist groups espousing terrorism somewhere else. Countries must prevent the creation of an environment in which terrorist groups can thrive, just look at the support PKK (considered by the EU as a terrorist organization) and its offshoots finds for their operations in European countries. Finally, the international community must come to a shared understanding on the definition of terrorism acceptable for all members of international community, strengthen their intelligence gathering and sharing apparatus, and act with the understanding that terrorism is a problem for the international community as a whole.

If Russia and Turkey break the relations, How can this break affect Azerbaijan?

Based on what I have outlined above, I do not foresee that Russia and Turkey will break relations. Given the circumstances, and their mutual interests, such a break would be illogical and extremely counterproductive.