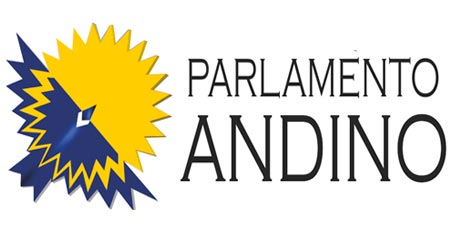 As all the attention is focused on Syria and Iraq, Turkey-EU relations, and the Turkey-Russia accord, some recent developments that bear importance for Turkish foreign policy are being overlooked. As to that, we shall point out the three resolutions in South America and a vote at a municipality council in Europe on 1915 events. The attempts to effectuate resolutions that identify 1915 events as ‘Armenian genocide’ at different legislative bodies have been boosted by different lobbies for quite a long time. The aforementioned resolutions and the vote, however, seem to be the very first instances of the reversal of this unconstructive conduct.

Overall, we have three cases and one attempt of invalidation of resolutions on 1915 events adopted by different legislative bodies. Although it did not result in a modification, the vote at Malaga municipality council has been the first attempt in the European setting to cancel a former ‘Armenian genocide’ resolution. The Amazonas and Espirito Santo examples in Brazil are cases of annulment at the state level. Andean Parliament’s resolution has been an important turning point for being the first resolution of an international organization that invalidates a previous resolution on 1915 events.

Besides the significance of these cases that perhaps indicate the reversal of a tide, the content and considerations of these resolutions and counter-resolutions also reveal several crucial points. For example, the September 29th resolution of the Malaga municipality council that partially states “from 1915 to 1921 a series of massacres and deportations of Armenian population took place…as result of which 1.5 million Armenians were killed and another 2 million have to leave their homes…” is striking for demonstrating the lack of knowledge of the legislative organs that pass resolutions on 1915 events. Whereas the year 1921 does not bear any significance as regards to the 1915 events, the claim that 3.5 million Armenians were effected by these events is simply absurd. There are different records showing different numbers as regards to the Armenian population in the Ottoman Empire, yet the largest number that can be found in these records is around two million. This is one of the indications that councils or parliaments are not qualified to make claims on historical events.

The Andean Parliament resolution on October 20th rightly states that, as a legislative organ, it has no mandate to make judgements on the events that are not recognized by relevant international juridical authorities, and which lead to polarization between third countries. As anyone who has even a slightest insight about the Turkish society would confirm that third-party resolutions on 1915 events, which often include statements on the wish for friendly relations between Turkey and Armenia, result in the deepening of the siege mentality in Turkish society, which, by no means, helps reconciliation efforts. The Andean Parliament proves that the world is coming to understand this very basic sociological fact. What is more important, however, is the Andean Parliament’s emphasis on competent courts as the only authority that can make a judgement on the legal character of the 1915 events. This is a basic principle that has been overlooked for a long time. It is necessary to underline that genocide is not a historical, sociological, or political term, but a legal term very narrowly defined by the 1948 UN Genocide Convention.

To conclude, the recent resolutions in South America and the vote in Spain are developments that hint at the correction of a wrong and unconstructive approach as regards to the resolution of a century-old conflict. At this point, third-parties should refrain from uninformed and irresponsible interferences, and Turks and Armenians should engage in constructive dialogue without repeating old mistakes.