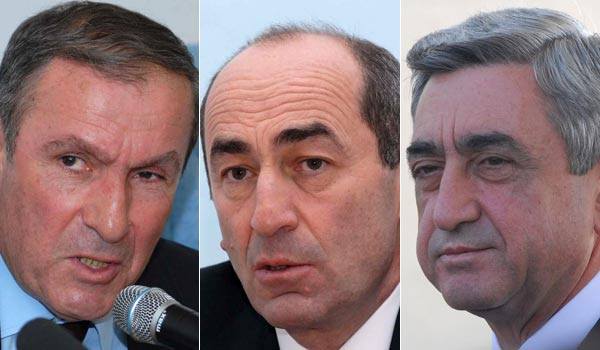 Last week, the Armenian Parliament elected the former-President Serzh Sargsyan as the new prime minister. The parliament had been formed after the first parliamentary elections on April 2, 2017 following Armenia’s transition from semi-presidentialism to parliamentarianism by the December 2015 constitutional amendments.

With the election, Sargsyan secured another four years in power until 2022. Given that Sargsyan will be running the country for 14 years in a row, not to speak of his Republican Party of Armenia (RPA) that has been in power since 1998, the question is whether Armenia’s transition to parliamentarianism is likely to bring a change in the country.

In 2015, too, those who were in power argued for democratization, advocating a constitutional amendment. The opposition argued that Sargsyan’s real motive was to hold onto power by changing the system, as the existing constitution did not allow him to run for presidency for a third time in a row.

It was claimed that Sargsyan intended to stay in power by becoming the prime minister in the new parliamentarian system. The opposition also claimed Sargsyan strived to de facto hold onto power as the leader of the Republican Party of Armenia (RPA). There were also those who sustained that the wider RPA clique wanted to remain in power by establishing parliamentarianism.

To refute these allegations, Sargsyan publicly announced he would not run for prime minister once the parliamentary system was established. He said, “I believe one person should not aspire to hold the reins of power in Armenia for more than twice in their lifetime.”

Democratization or Sargsyan’s grip on power

Nonetheless, after the constitution was amended, Sargsyan made a U-turn and began giving hints that he, indeed, may run for prime minister. On March 19, he alleged that the situation in the country was significantly different from the past. He added that “I have never regarded myself as someone who is guided by prejudice or rigid thinking. I cannot fail to reckon with reality and think I bear no responsibility for the future and our country’s smooth course.” Eventually, Sargsyan was nominated for prime minister on April 16 and the next day, parliament elected him as the new prime minister.

These developments attest that the transition to parliamentarianism was not so much of an attempt for democratization or to trigger a change in Armenia. Rather, it was as the opposition in 2015 argued, a maneuver of Sargsyan and the RPA circles to have a grip on power. As such, transition from presidentialism to parliamentarianism is not likely to prompt changes in the domestic and foreign policies of Armenia. Therefore, we can conclude that in Armenia, all will remain the same in the foreseeable future.

*Turgut Kerem Tuncel is a senior analyst at the Center for Eurasian Studies.