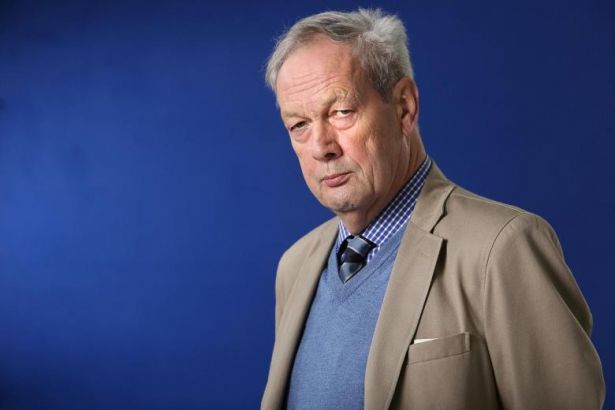 The great British historian Norman Stone, born in 1941, died on June 19, 2019. He mastered a dozen languages, including French, German, Hungarian, Russian and Turkish - not as much as the fifteen languages known by Bernard Lewis, but much more than most of his contemporaries, even academics. This francophone was also a francophile, who was an admirer of Robert Mantran, Gilles Veinstein and Stéphane Yerasimos, but very few of the French know this because of the timidness and prejudice of some, and the ideological sectarianism of others.

His work on the Eastern Front of the First World War (titled “The Eastern Front”), for the first time published in 1975, and periodically reprinted, has had much impact on his peers as well as on a wider audience. His mastery of languages ​​and his effort to work on archives renewed knowledge on an aspect of this conflict much less studied than the Western Front. His book “Europe Transformed: 1878-1919” on the rise to the top and fall of liberal Europe and its domination of the world was examined by Eric Hobsbawm, a scholar at the New School for Social Research in New York.

Stone also made history, having advised Margaret Thatcher. Furthermore, even the majority of his opponents -Stone was a powerful propagandist- would agree with his articles in the Daily Telegraph, Spectator, Frankfurter Allgemeine Zeitung and Cornuccopia. Anyone who had the chance to talk to Stone could see that he was much better at speaking than writing. He was a modest and sometimes sarcastic man of profound knowledge and with a sharp-tongue (when necessary).

This exceptional spirit discovered Turkey in 1995. Stone was seduced by this country, which has a rich history and sincere citizens. As an anecdote, which he often mentioned, were the six policemen smoking under the sign "No Smoking" at Atatürk Airport, Istanbul. Cowed by the sectarianism of some students of extreme left (while all those who have dealt with him by being politically opposed, including the author of these lines, knew that the intolerance in the matter was foreign to him), he was planning to go to Germany to continue with his studies, having left Oxford. He ended up in Bilkent, from 1997 to 2017, with a two-year parenthesis (2005-2007) at Koç University.

This great teacher accumulated a considerable knowledge on the history of the Turks, the Ottoman Empire and the Republic of Turkey in a few years. This brave man did not hesitate to say what he thought of the Armenian Question. In The Spectator of April 27, 2004, he published a critique of an awful book titled “The Burning Tigris”, by the author Peter Balakian (the future reference of the extreme right terrorist Anders Breivik), on the Turkish-Armenian tragedy. Then, he responded more fervently than other scholars in this case to the letter sent by Robert Melson, which was inaccurate and off-topic. In the autumn of the same year, following the publication of criticism of Mr. Balkian’s same book by historian Andrew Mango, Stone crossed paths with sociologist Vahakn Dadrian (a dangerous sexual maniac, expelled for harassment from the University of New York) and others in the Times Literary Supplement. Conversely, Norman Stone (rightly) recommended Guenter Lewy's book. He maintained, and defended, that the qualification of 1915 events as "Armenian genocide" was unfounded - in his books “World War I: Short History” (Penguin Books, 2007) and “Turkey: A Short History” (Thames & Hudson , 2010), also in the Chicago Tribune and the London Times. In an interview with Radio MIT in 2013, he bestowed honour upon me by describing me as a “great” historian.

Beyond the Armenian Question, Norman Stone,  wrote against the prejudice about Turkey for more than ten years. He underlined the economic success from 1980 to 2000 (during which the scientific development of the country accelerated significantly). He recalled that Turkey was a shelter for the German and Austrian scholars who escaped from Nazism. Newsweek magazine called him “Great Defender of Turkey”. A great country deserves great defenders. Professor Stone was one of them. We have lost an honest researcher and an extraordinary educator; some of them, myself included, also lost a friend. Goodbye, Norman.