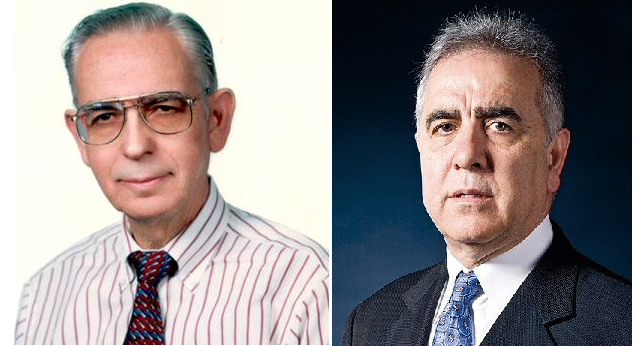 In an opinion piece dated August 15, 2017, a leading Armenian Diaspora lobbyist Harut Sassounian, also the publisher of The California Courier, used selective parts of an article I had written on Armenian lobby’s successful efforts to have the US State Texas recognize Armenian “genocide.” Sassounian did so to suit his agenda, while disregarding some important points.[1]

Sassounian’s op-ed was widely distributed in the Armenian news outlets and was translated into French and both Eastern and Western Armenian.

In analyzing the recognition of Armenian “genocide” by the Texas of House of Representatives on May 19, 2017 (bill HR-191), the points I had made were:

1. The recognition was a major victory for the Armenian lobby.

2. The Armenian lobby had tirelessly campaigned for the passage of the resolution, in contrast to the Turkish efforts which, in comparison, were feeble.

3. For introducing HR-191 to the Texas House, at a 2016 gala, Armenian activists had solicited and received the endorsement of a Texas State representative, Scott Sanford, who was the Executive Pastor of a Baptist church in Texas, thereby introducing the religion factor into consideration.

4. It was a grotesque irony that at that gala, a number of Texas politicians heard the human rights pitch of Armenian National Committee of Armenia (ANCA) Executive Director Aram Hamparian, clearly unaware that Hamparian’s predecessor was an ex-convict who had served almost 3 years in federal prison for illegally storing explosives and owning machine guns – some of which may have been used in terror attacks on Turkish diplomatic missions.

5. The Trade & Intergovernmental Affairs Committee (TIAC) that processed HR-191 was disgracefully partisan, in that:

(a) Of all the dates available, it held a public hearing on April 24 in an effort to please the Armenian lobby.

(b) It announced the public hearing with one week’s notice, giving the Turkish side only a few days to be prepared, while the Armenian side had been informed and had prepared well in advance.

(c) It invited Rep. Sanford as an “observer” at the hearing, even though he was not a member of the Committee.

(d) It allowed equal time for all the testimonials, which, considering that there were 21 testimonials from the Armenian side as opposed to only 4 from the Turkish side, gave the Armenian lobby a major advantage.

(e) It cut short this author’s attempt during his testimony to display a panel of Turkish diplomats assassinated by Armenian terrorists.

6. The vast majority (137) of the politicians that voted yes on HR-191 had inexcusably ignored not only the Turkish oral testimony given during the hearing, but also detailed written documentation submitted earlier by the Turkish side.

Sassounian largely ignored the prejudicial stance of TIAC as outlined in item 5 above and dwelled on my observation that the passage of HR-191 was a major victory for the Armenian lobby. He seems comfortable with the fact that TIAC was in cohorts with the Armenian lobby in moving forward with HR-191.

On the contrary, HR-191 was a wake-up call for the Turkish community to shake off its apathy and passivity to combat the deep-pocketed Armenian lobby’s efforts to mislead the American public.

Nor did Sassounian seek to opine how the Texas politicians present at the 2016 gala would have reacted had they known that the predecessor of the speaker at that gala, ANCA Executive Director Aram Hamparian, was a federal ex-convict.

However, Sassounian should be given credit for correctly reporting the fact that the passage of HR-191 was a feat masterminded by ANCA, and that the Turkish response to the proposed resolution was weak, with the “happy-hour-conscious” Houston-ATA organization being a cogent example.

Sassounian’s selective use of parts of my article while ignoring important points is not surprising. The Armenian Diaspora has a habit of “massaging” news and distorting facts to suit its agenda. A primary example came to light in the wake of European Court of Human Right’s (ECHR’s) October 15, 2015 decision on the Switzerland-Perinçek case. The legal disappointment for the Armenian side was peddled by the Diaspora as a “victory.”[2]

A similar disinformation attempt became unfolded when the Danish Parliament adopted a resolution relating to the 1915 relocation in Ottoman Empire on January 26, 2017. Even though the resolution did not recognize the events as genocide, it was reported otherwise by the vast majority of Armenian media.[3]

Sassounian concludes his op-ed by stating that HR-191 was adopted “because it tells the truth.” If it were so, Mr. Sassounian should explain why the ECHR and the French Constitutional Council say otherwise. If he chooses to delve into history, at the minimum he should read about the 1920-21 Malta Tribunal and the 1923 Bucharest Manifesto of his fellow party member Hovhannes Kachaznuni, a leading Dashnak who categorized the relocation of Armenians as a necessity for the Ottoman government.

Or at the least, Sassounian should explain why the Armenian side keeps its archives closed and refuses to participate in a committee of historians and experts to debate its genocide allegations. Deriding your opponents as “denialists” while running away from such a debate is inexcusable.