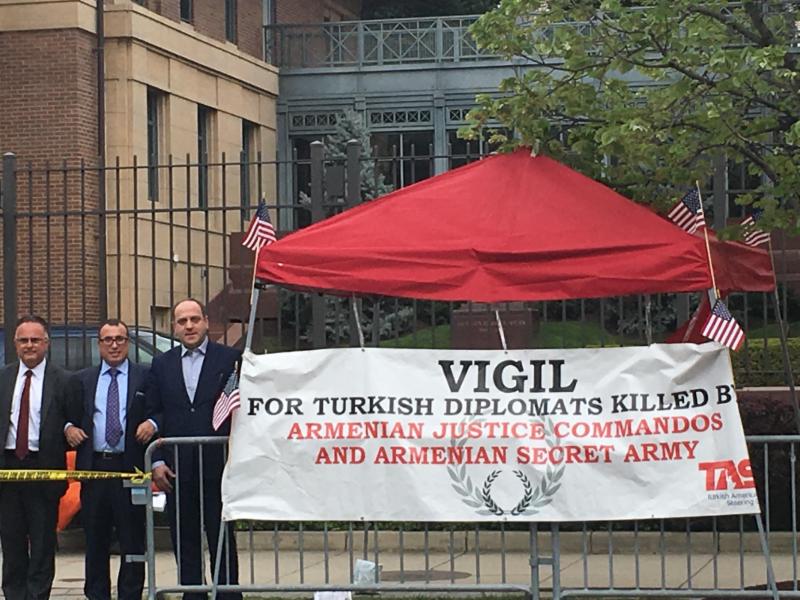 I wanted to tell you about a personal experience I had at the Turkish - Armenian protests of April 24, 2019. The air was thick with rage by Armenians against Turks. They were cursing and using fighting words against us. Their faces were contorted. I felt so sad for them, for everyone.

My body and mind were very tired with all planning and implementation of the 7-day- 24-hour TASC Vigil, which had now culminated in the TASC counter-protest which had over 150 participants. I was stressed that there might be an altercation in the heat of the moment. I was focused on the safety and security of my people, as I worked with the DC police, National Park police and US Secret Service. That the police were also stressed, filled me with fear as well a sureal heightened awareness.

All of a sudden, out of the crowd, a distant by sincere woman friend of mine shined through and exclaimed to me, “Gunay Kardeshim!!  You look like you need a hug!!!!” I took a look at myself — sweat on my face and neck, my shirt coming untucked, my stoic ghostly face, my heart pounding without rhythm. And, then she came to me and she hugged me long and strong — kind of like my rahmetli Kani Dayi’s rahmetli sturdy, solid, Amazon wife —Sevim Yenge.

I started to feel much better and strong again, assured by the brave and dignified people around me. None of us is alone. We are one. As the Armenian group started to shut down its protest, TASC Co-Chair Halil Mutlu read the names of more than 40 Turkish diplomats and diplomat family members who were assassinated by JCAG and ASALA. Following the pronouncement of name, the air resounded with the robust voices of Turkish Americans, replying, “BURDA”! Then, we sang the Turkish National Anthem.

There is no feeling like the feeling of BURDA.

Co-Chairman of the Board