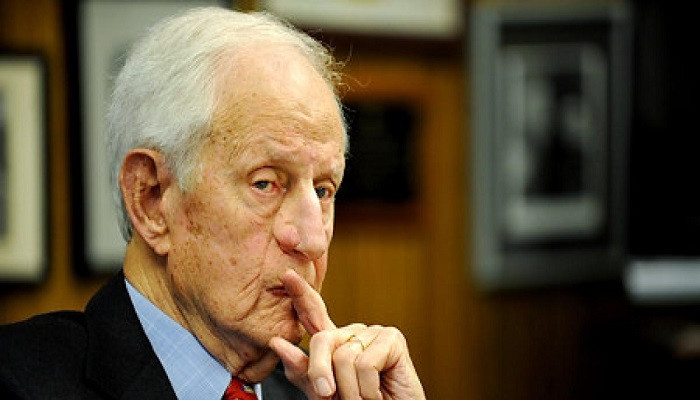 The letter below was sent on February 9, 2018 to Wall Street Journal (WSJ) which published an earlier article by R.M. Morgenthau, grandson of Henry Morgenthau, former U.S. Ambassador to the Ottoman Empire.

With all due respect to the retired Robert Morris Morgenthau who served previously as District Attorney in Manhattan, his article “Will Trump Tell the Truth About the Armenian Genocide?” (Jan. 25, 2018) is disturbing. If Trump tells the truth, he will have to disagree with Mr. Morgenthau.

The reports of his grandfather, Henry Morgenthau, US Ambassador to the Ottoman Empire, (1913-16) regarding the Ottoman – Armenian conflict (1885-1919) are highly skeptical, as he relied on two Embassy subcontractors, Arshag Schmavonian and Hagop Andonian, who were members of the Armenian Revolutionary Federation (ARF), which was at war against the Ottoman Empire. Neither Morgenthau nor his Armenian staff witnessed the events they reported. Worse, Morgenthau referred to people of Turkish and Muslim heritage “an inferior race.” The truth is that ignorance and prejudice define Ambassador Morgenthau’s perspective on the Ottoman – Armenian conflict.

Former DA Morgenthau seems to carry that bias in his own perspective, relying on Adolph Hitler as his expert witness. The infamous Hitler quote, “...who talks of the extermination of the Armenians?”, on which Robert Morgenthau relies, was rejected by the Nuremburg Tribunal in November 1945 as unreliable. The false quote was first mentioned in an article in the Times of London on November 24, 1945, “Nazi Germany’s Road to War,” regarding a conversation between Hitler and his Commanders-in-chief on August 22, 1939, prior to the invasion of Poland. Multiple versions of this fateful speech were reported, but only one contained the incendiary quote, which sadly has gained traction, driven by ignorance and prejudice.

Unsurprisingly, former DA Morgenthau ignored legal precedents. In 2015, the European Court of Human Rights ruled that the Armenian allegation of genocide has not been legally proven. In 2016, the French Constitutional Council decided the same. In 2012, the US Supreme Court let stand an 11-0 en banc decision of the 9th Circuit that it is US foreign policy not to characterize the Armenian case as genocide. As far back as 1920, the British-led Malta Tribunals dropped charges against 144 Ottoman Officials because there was absolutely no evidence in the British, French and U.S. diplomatic and intelligence archives of an Ottoman policy of persecution and extermination against Armenians.

Indeed, former DA Morgenthau does not appear too concerned with the rule of law, or he would have also not ignored the United Nations, which promulgated the 1948 United Nations Convention on Genocide. The UN rejected the Armenian case as genocide in 1985, and restated that position in 2000, 2007 and 2015.

It takes the Robert Morgenthaus of the world to underscore, not the Armenian tragedy, but the tragedy of prejudice and ignorance in understanding history and ourselves.