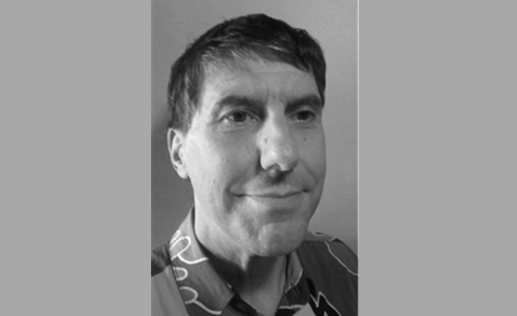 Originating from a scholar of Armenian background, reflecting sincere views in a free environment with an academic objectivity, AVİM has decided to publish the letter in parts over the course of several days. You can read the third part of the letter below.

As for the Hunchaks and the Dashnaks, only a few of the documents that they published long ago have been translated into other languages. Even those few, however, are revealing. The Dashnaks in particular were explicit in their aims and methods. For instance, in a pamphlet they published in 1890 in Vienna, the Dashnaks explained that their goal was "the political and economic freedom" for the Armenians of Anatolia "by means of rebellion." Among the methods they listed for attaining this "freedom" in Anatolia are the following: (#2) "To organize fighting bands," (#8) "To stimulate [instigate] fighting and to terrorize government officials," and (#11) "To expose government establishments to looting and destruction."

The list above is presented in a book title The Armenian Revolutionary Movement, first published by the University of California in 1963. The author of the book was an Armenian woman named Louise Nalbandian. She was an honest scholar. She writes in detail about Armenians from ancient times until the late 19th century, and she points out all our strengths and weaknesses without embellishment. She is a prime example of the few courageous Armenians who are candid about what we did over a century ago. Unfortunately, Dr. Nalbandian died shortly after the publication of her book, from injuries she incurred in a car accident.

I have found very few living Armenian scholars who have written impartially about the Armenians of that era. One is an American professor named Ronald Grigor Suny. In 1993, he wrote a noteworthy book titled Looking Toward Ararat. He mentions, for instance, that the Hunchaks sought to use "propaganda, agitation, and terror" to achieve their goals. He also notes that, in the Caucasus during the 1890s, "the principal victims of the Armenian terrorists were Armenians themselves." Suny is one of the very few Armenian academics to describe the violent Armenians of that era as "Armenian terrorists." Suny's allegiance is to Armenians and Armenia, but, like Nalbandian, he has the courage to point out our imperfections.

Unfortunately, the works of Suny and other more even-handed Armenians are not widely read or discussed by the general public. Their books get very little publicity. Instead, the most widely read books on Ottoman Armenians by Armenian writers are sensationalistic and misleading. Occasionally, they even contain blatant lies.

In 2003, an Armenian professor in the US named Peter Balakian published a book called The Burning Tigris, which got much praise from book critics. For me, though, it is a difficult book to read, for many reasons. One reason is that I do not like Balakian's anti-Turkish bias, which is evident on nearly every page. For example, taking two sentences quite at random, near the end of his book, Balakian writes the following regarding the years right after the end of the First World War: "The nationalist stance against Armenia became increasingly virulent. Procrastination by the Entente in Paris gave the Turks the time they needed to invade Armenia." In these two sentences Balakian attempts to disparage the Turkish nationalists who were led by Atatürk; he describes their stance towards Armenia as having been "virulent." What comments does he provide by nationalist leaders to demonstrate this virulence? None. Balakian often fails to substantiate the hundreds of claims he makes throughout his book.

The second sentence from The Burning Tigris demonstrates another of my objections to Balakian's book; his twisting of facts. He says that there was "procrastination" among the nations of the Entente -- Great Britain, France, and Russia -- regarding the nationalists' conflict with Armenia. That is false. There was no procrastination. Surely even a high-school student in Turkey would know that the governments of Great Britain and France had simply become unwilling to fight the Turkish nationalists militarily. Instead, they sought to impose their will on Turkey diplomatically. It did not work. As for Russia, the Bolsheviks never opposed the Turkish nationalists. On the contrary, they soon became allies of the nationalists.

However, my biggest objection to the second sentence from Balakian's book lies not in what he says, but in what he leaves out. That may, in fact, be my biggest objection to the whole book. Balakian says that the Turkish nationalist army invaded Armenia. Technically, that is correct. However, Balakian neglects to write anything about the Armenians' acts of aggression towards Turkey that came right before that invasion by the nationalist army. He also neglects to mention that in 1918, the Turkish government gave thousands of tons of wheat to Armenia so that its inhabitants could survive their first winter there.

We, Armenians repaid Turkey by invading Turkey in 1919 with the assistance of the French army, committing many atrocities. It seems that the town of Oltu was particularly badly pillaged. As all Turkish historians know, it was these attacks -- not any sort of "procrastination" by European governments -- that compelled Atatürk's nationalist army to attack Armenia. But most Westerners, particularly Americans, are most apt to accept the tales of Balakian and other Armenians than to dig out the truth. This is unfortunate, and unfair to the people of Turkey.

I am also upset that Armenians were so stupid as to attack Turkey in 1919 when we should have been doing everything possible to make Armenia stable and more habitable instead. Our priorities were wrong. Lastly, I am upset by Armenians' ingratitude to the Turkish government after its delivery of wheat. That act of kindness by the Turkish government seems to have vanished from Armenians' consciousness.

We did other shameful things in 1919. That year, the inhabitants of Armenia held a mass celebration to mark the first year of Armenia's existence. Ordinarily, there is nothing wrong in celebrating the founding of one's country. However, in our case, Armenians celebrated by singing "Mer Hayreneek," the Armenian national anthem. In 1919, the fourth stanza of our national anthem had the words "Let Turkey be destroyed." Those lyrics have been replaced by less inflammatory lyrics. When we sing "Mer Hayreneek" now, we no longer sing the words "Let Turkey be destroyed," but those words were there in the song in 1919 and for well over a decade thereafter. For many years, all Armenians who sang Armenia's national anthem implicitly called for the destruction of Turkey.

When Balakian wrote The Burning Tigris, he was either unaware of all these facts, or he ignored them. In a chapter on Van in 1915, Balakian says the following in his book: "The Armenians were neither attempting to destroy the Turks or the Ottoman Empire nor attempting to secede." These are arguments that Armenians often make. Many Armenians say that any acts that we Armenians carried out a century or more earlier were only to defend ourselves. I disagree. Furthermore, many documents from that era do, in fact, show that many Armenians wanted secession from the Ottomans. As for not wanting "to destroy the Turks or the Ottoman Empire," one merely has to consider the lyrics of "Mer Hayreneek" to see the falseness of that argument.

There are other major omissions in Balakian's book. For example, Balakian says nothing about the Dashnaks' attempt to murder the Ottoman sultan Abdülhamid II in 1905. It is known in Western media as the Joris Affair, because the Dashnaks hired a Flemish man named Edward Joris to help carry out the deed. The Dashnaks arranged for the bomb to go off on 21 July 1905 in front of the Yıldız Hamidiye Mosque, where the sultan was expected to be, however, the plan failed. The bomb went off precisely as scheduled, but the sultan was unharmed. Instead, the bomb killed 28 other people and injured 58 more. Ironically, a few of the victims were Armenians. The entire incident is completely absent from The Burning Tigris.

Perhaps the most glaring example of willful omission on Balakian's part is his failure to mention Andranik Ozanian anywhere in his book. Ozanian is a revered figure among Armenians all over the world. In Armenia, there are monuments dedicated to him and coins stamped with his image. He was in many major battles in Ottoman lands during the late 19th and early 20th centuries. Sometimes he commanded regiments in the Bulgarian army. Other times, he commanded regiments within the Russian army, or simply battalions of Armenians independently, without any affiliation to the army of any country. Invariably, however, he and his soldiers always fought against Ottoman soldiers. That never changed. One of the most famous photos of him shows him sitting at a table in his uniform, with many medals pinned to his chest. All those medals were from the governments of countries that opposed the Ottomans. I have come to agree with many writers who have said that, to a certain extent, Ozanian's acts as a military commander are what led to the removal of Armenians from their towns and villages. Yet Balakian says nothing about him.

I must apologize if some of the things I have said so far are common knowledge among Turkish people. I do not mean to be condescending. I am not a historian, and, even after reading many books and thousands of pages of documents, I feel that I still have only a meager understanding of what happened over a century ago in Turkey and its surrounding regions. I am sure that the average elementary-school students in Turkey knows more about the country and its history than I do.

As for information about Armenians, I have come to believe that for people who do not speak Armenian, the biggest obstacle to finding out what Armenians did a century ago in Turkey is that we Armenians have no desire to reveal to non-Armenians all our cruel acts from back then. Armenian politicians and writers demand that Turkish people confess to having caused its Armenian population great harm over a century ago. However, we Armenians do not want to divulge to the world anything about the killing and pillaging that we ourselves carried out in Anatolia and elsewhere during that era. We quietly keep it to ourselves. Meanwhile, in Armenia, we memorialize the Armenian leaders who committed those acts of violence and who led other Armenians to commit such acts. (3/5)