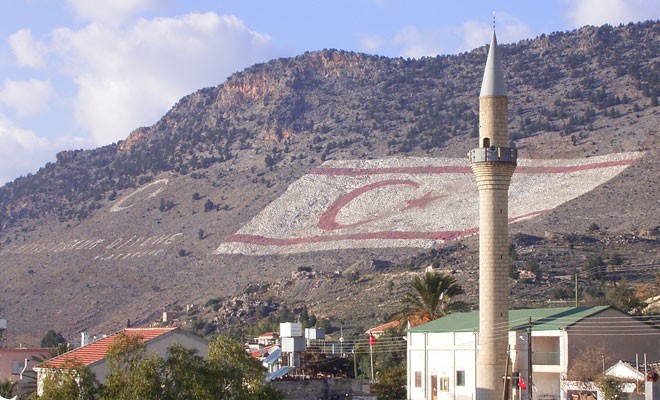 IS AN ALTERNATIVE FOR TURKISH CYPRIOTS ON THE CARDS?

Following the failure of the last round of talks aimed at paving the way for the reunification of Cyprus earlier this year, a consensus seems to be emerging that recognizes the improbability of reunification in the immediate future and the need for an alternative. The Cyprus issue is just but one of the post-imperial conflicts that have lingered on after the collapse of imperial order. While many similar conflicts have been resolved, the efforts to reunite Cyprus remain at an impasse.

Following independence from Britain in 1960, Greek nationalists on the island began to raise demands for unification with Greece. The violence that had been exercised in pursuit of independence eventually became channeled against the Turkish Cypriot community, who were considered by Greek nationalists as the major obstacle to unification with Greece. The inability of the international community to stem the ensuing violence resulted in Turkey intervening militarily in July, 1974, citing its rights as a guarantor power. Talks were held in Switzerland the following month but the intransigence of both the Greek Cypriot representatives and the Greek government resulted in little headway being made.

Since then, Turkish Cyprus has existed in a legal limbo. It is not recognized by any country other than Turkey, on whom it is highly dependent economically. Yet it is becoming abundantly clear to most observers that Turkish Cypriots can no longer afford to prolong the isolation and blockade. The emerging consensus emerging from the continual failure of talks between the two communities appears to support the view that Turkish Cypriots need to go at it alone. Not only is it clear that reunification is a pipe dream but it will also prove detrimental to the rights of Turkish Cypriots given the majoritarian demands of the Greek Cypriot leadership who see Turkish Cypriots as a minority whose rights must be subject to the will of the Greek Cypriot majority.

Turkish Cypriot Foreign Minister Tahsin Ertuğruloğlu recently raised the prospect of Northern Cyprus being annexed by Turkey. Observers have speculated that annexation would take the form of Northern Cyprus deferring matters of defense to Turkey while continuing to administer its own local affairs. Other proposals raised by the minister included the possibility of adopting the models pursued by Taiwan, Monaco and Kosovo in an attempt to gain international recognition. These comments, although censured by the European Union, echo previous calls made by figures in Turkey. Most remarkably, former UK Foreign Secretary Jack Straw also recently called for an “end the charade,” emphasizing that the “solution is to partition the island and give international recognition to the Turkish-Cypriot state in the north.” Despite Straw’s comments, both the UK government and much of the international community are insistent that the Cyprus issue can be resolved by reunification alone.

The economic situation on the island is one of the most pressing matters underpinning Turkish Cypriot demands for international recognition. The disparity between the two sides is most evident in economic terms. Greek Cyprus recorded a nominal GDP of $19,810 billion in 2016, compared with Turkish Cyprus’ paltry $4,039 billion in 2014. Efforts to extract offshore gas has both sparked a renewed interest in Cyprus from other Eastern Mediterranean states and has resulted in tensions between the Turkish Cypriot and Greek Cypriot governments. Turkish Cypriot Foreign Minister Tahsin Ertugruloglu has stated that the "rights of Turkish Cypriots over the island’s natural resources must be ensured at all costs, and the Greek Cypriots will not be allowed to go it alone in exploiting hydrocarbons.”

However, economic concerns are not restricted to the issue of natural resources. The isolation of Turkish Cyprus has resulted in lost revenue totaling billions of dollars. This is most evident in the difficulty that Turkish Cyprus has in attracting tourists. This is in the main due to the fact that no international flights can land in Turkish Cyprus and tourists must enter the country via Turkey. While tourist facilities and infrastructure in Turkish Cyprus are subpar compared to the south, there is a huge potential for investment.

The former tourist resort of Varosha/Maraş on the outskirts of Famagusta/Gazimağosa has been held by the Turkish Cypriot side as a bargaining chip since 1974. Greek Cypriots insist that Varosha be returned to its original owners. Yet the Turkish Cypriot side has little else to bargain with. It is doubtful that there is even a genuine desire on the Greek Cypriot side to see Varosha reopened given the development of alternative tourist resorts elsewhere in the south. Northern Cyprus could therefore generate additional income by opening the area to tourism, perhaps as a special economic zone within Turkish Cyprus but under the ownership of the original Greek Cypriot owners. Tourists could arrive at nearby Larnaca airport in Greek Cyprus before crossing to the north.

Given the less than rosy economic situation in Greek Cyprus, the government has attempted to raise money by selling citizenship to foreigners. This program has raised €3.3 billion as of the end of 2016. Another program has provided residence permits to those who purchased homes with a value greater than €300,000. This program has raised €700 million. On the other hand, those with Turkish Cypriot citizenship but who migrated to the island after 1974 are in most cases ineligible to receive a Republic of Cyprus passport issued by the Greek Cypriot administration.

The difficulties surrounding the resolution of the Cyprus issue are destined to continue. This has been demonstrated most recently by the statements of both Greek Cypriot leader Nicos Anastasiades and the Greek Prime Minister Alexis Tsipras that they consider Turkey’s right as a guarantor power as anachronistic. This is strongly rejected by both Turkey and Turkish Cyprus who argue that the Turkish Armed Forces play an indispensable role in securing peace on the island.

Not only is there no longer a political incentive for the Greek Cypriot side to push for reunification but efforts have been made to reshape the regional conjuncture in favor of Greek Cyprus. Seeking to benefit from Turkey’s poor relationship with Israel and Armenia, Greek Cyprus signed an agreement in 2012 that permitted the Israeli Air Force to use Greek Cypriot airspace and which also facilitated the sharing of classified information between both states. Greek Cyprus and Israel have also cooperated on the exploration of offshore natural gas and a project set to begin in 2018 plans to connect the electricity grids of Israel, Greek Cyprus and Greece. Most recently, a drill involving 400 Israeli commandos took place in Greek Cyprus in June, 2017.

Another recent development has been the efforts undertaken by Armenia to coordinate diaspora political activities with Greek Cyprus. This was cemented by an agreement between Greek Cyprus and Armenia signed in June, 2017. The Greek Cypriot parliament has also passed laws criminalizing what it terms the “denial of the Armenian genocide.”

The insurmountable barriers blocking the resolution of the Cyprus issue are largely the result of the intransigence of the Greek Cypriot leadership when it comes to putting forth equitable solutions that the Turkish Cypriot community would find acceptable. It appears that sections of policy makers in Turkish Cyprus, Turkey and further afield are warming to the idea of an alternative approach that would guarantee the rights of Turkish Cypriots. What form that alternative would take, however, remains to be seen.