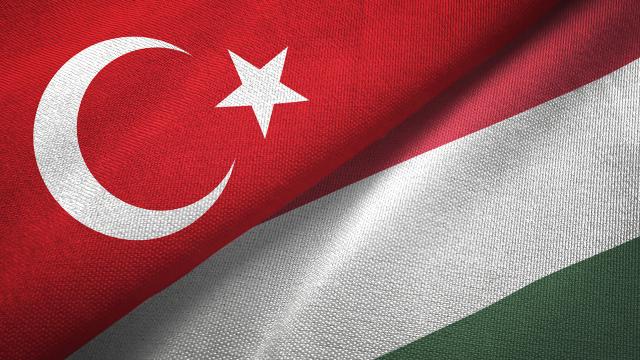 Hungarian-Turkish relations date back to the Middle Ages. Hungarian tribes living in the Eastern European steppes shared common culture with other nomad Turkic tribes. Later, after establishing the Kingdom of Hungary, the state allowed the settlement of various Turkic groups on its territory, such as the Cumans whose descendants still leave in certain regions in the Hungarian Great Plaines. In recent decades, we can see a revival of cultural and historical interest towards the Cuman ethnic past in several towns.

Later on, from the late 14th century until the early 18th century Turkish-Hungarian relations entered in an ultimately belligerent epoch. Military campaigns, conquests have become the permanent part of the interactions between the rising Ottoman Empire and the Kingdom of Hungary. The conflict between the two states culminated in the battle of Mohács (1526) which ended with the total defeat of the Hungarian army. In the next two decades, the country had been divided in three parts: the Ottomans conquered Buda (1541) and established rule in the central part of the country (the majority of current day Hungary) while the eastern territories named Principality of Transylvania became the vassal state of Istanbul. The northern and western part of the country was ruled by the Habsburgs. The next roughly one and a half century brought various military conflicts between the Habsburgs and the Ottomans. However, after the defeat at Vienna (1683), the Habsburg-led forces conquered Buda (1686) and acquired the majority of the territory of Hungary at the peace agreement of Karlóca/Karlowitz (1699).

After these wars, the character of the relations between Ottomans and Hungarians changed.  Despite the possible threat for Hungarians of being re-conquered by the Ottoman Empire (during the 18th century, Habsburgs entered three times in war with the Ottomans, 1716-18, 1735-39, 1788-91), the empire also served as a place for refuge for the Hungarian nobility revolting against the Habsburgs. Several leading Hungarian figures, like Imre Thököly, Ferenc Rákóczi II, or later on, in 1849, Lajos Kossuth fled to the Ottoman Empire. In the 19th century, the debate about the origin of Hungarian language and the historical and ethnic roots of the nation put focus on the Ottoman Empire and the Turkic world.

The emerging Hungarian Turanism in the early 20th century had a comprehensive concept for creating close relations with the East (e. g. Ottoman Empire) in form of economic and scientific cooperation. Thus, the first Hungarian cultural centre was opened in Istanbul, in 1916. After the defeat of WWI, Hungary was among the first states which recognised the new Republic of Turkey and entered into diplomatic relations with. Following the WWII, as Hungary became the member of Eastern bloc while Turkey joined the NATO in 1952, the bilateral relations were rather low profile between the two countries. After the regime change in Hungary in 1989-1990, relations started to improve.

After 2010, Hungary launched its project labelled as ‘Eastern opening’ to diversify its economic relations and increase its trade and investment activities with the non-EU countries. Within this endeavours, Turkey got a special role. The turning point was President Recep Tayyip Erdogan’s visit to Budapest in 2013 which led to the establishment to High Level Strategic Economic Council having regular summits (last one was organized in November 2021). The economic cooperation paved the way towards increased investments and booming trade which passed last year the 3 billion USD.

The political cooperation was strengthened after the failed coup attempt of 15 July 2016. Then, Hungary demonstrated a strong solidarity with Turkey and the Hungarian Minister of Foreign Affairs, Péter Szijjártó was among the first Ministers to visit the country after the event.

Turkey is perceived by Hungary as a depositary for the security of the country and Europe as well. As the refugee crisis hit Hungary in 2015-16, Budapest supported Turkey’s efforts to cope with (illegal) immigration and demonstrated several times its understanding towards Turkish grievances (e.g. Northern Syria or Eastern Mediterranean). Not surprisingly, Hungary supports Turkey’s full EU membership. Cordial relations are maintained by relatively frequent visits by the leaders.

As the number of Turkish citizens living in Hungary (around 3000 people) is small there is no domestic pressure to cope with the Turkish Diaspora at political level like in several Western European countries. The Turkish community in Hungary is relatively well integrated as well.

At the cultural level, the two countries have several common issues. In cooperation with the Hungarian authorities, Turkey endeavours to save the Ottoman heritage in Hungary and boost its cultural presence by several institutions (like TIKA or Yunus Emre Cultural Center). In reciprocity, Hungary opened Hungarian Cultural Centre in 2013 in Istanbul which provides various language courses and programmes about the country to the visitors. Since the late 1980s, a Hungarian-Turkish Friendship Association has been operating in Hungary. In Turkey, there are several Turkish-Hungarian Friendship Associations (the first one was established in Ankara) which contribute to shape the perceptions about Hungary and help to maintain the cultural and historical ties (like the one in Tekirdaǧ).

A relatively new social phenomenon, the rising Neo-Turanism in Hungary also brought Turkey to the domestic agenda. Several social groups, associations etc. are propagating the idea of common Turkic heritage in Hungary. Events, like the so-called Kurultáj (a gathering of Turkic people in South Hungary) got attention in the Turkic world as well as in Hungary. The current government taking into consideration this domestic development started to approach to the Turkic states. Hungary benefitting from the concept of common historical and cultural heritage joined several Turkic organisations. In September 2018, the Hungarian Prime Minister decided to join the Cooperation Council of the Turkic Speaking Countries (Turkic Council) with observer status.  In November 2021 the Council transformed itself into the Organization of Turkic States, Hungary continuing with its observer status. This decision constitutes, without any doubt, an important step towards the realisation of the deeper cooperation and coordination among the Turkic States.