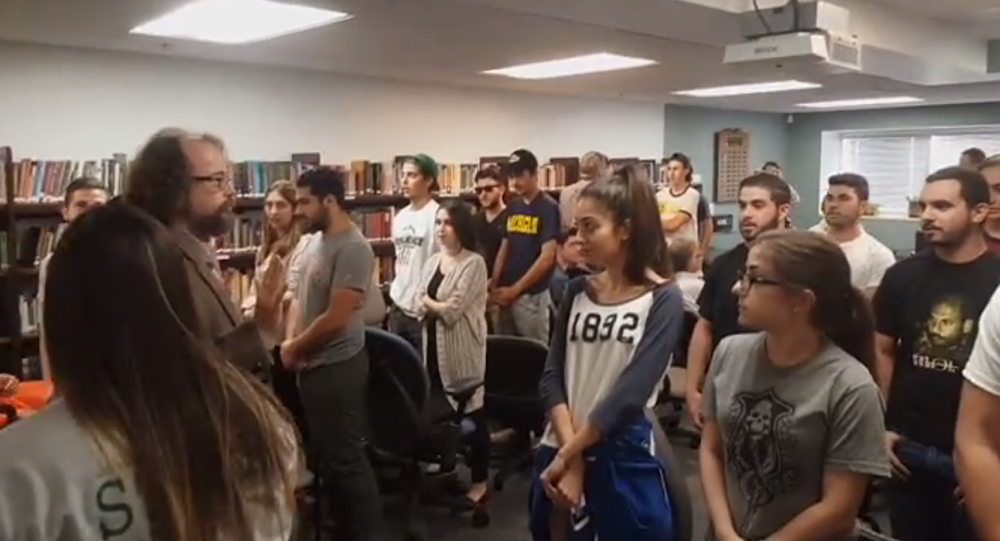 I am writing this letter to inform you about a serious incident at CSUN campus that trampled upon the freedoms of a group of us.

On November 10, around 10 am, members of the Turkish American community and some CSUN students and faculty gathered at the Aronstam Library in Manzanita Hall to listen to Prof. George Gawrych who traveled from the East Coast to talk about his recent book about Ataturk, the founder of modern Turkey and one of the great leaders of the 20th century. The lecture was disrupted by a group of Armenians, who claimed to be CSUN students. In their chants these people were blaming Turkey of genocide, calling the audience genocide deniers, and telling us that this campus belonged to the thousands of Armenian students and that they would never allow any Turkish event there. The two campus police officers, who were trying to control the situation decided, after removing the protestors, that it was dangerous for the audience to be there. They declared the event canceled due to “safety concerns.”

President Harrison, we are Californians and tax payers of this state. Some of us took off work and canceled important business appointments to come to your campus to listen to a professor lecturing about the founder of Turkey who is equivalent to George Washington here in the US. There were CSUN students there who wanted to attend the lecture for extra credit. Members of the Turkish American community travelled long distances, spent time and money to be there. We believe it was totally unfair and against the audience’s freedom of learning to cancel an event because a group of young Armenians felt that Turkish American presence on the campus could not be tolerated. Please understand that we respect the right to protest. But if the protest is against presence of Turkish Americans on the campus; this is racist and it is illegal. This lecture had NOTHING to do with Armenians or their history. Professor Gawrych did not even speak five sentences before the Armenians started chanting. Therefore, their interest was not to hear, question, debate or oppose. Their interest was to censor him and scare the audience out of that room. The audience did not want the leave after the protestors were taken out of the room. They wanted to hear this lecture. But the police decided to cancel the event.

I am a UC graduate. I was appalled that such bullying tactics could be tolerated on a campus. I was distressed that a few students (if they were really students at CSUN) could threaten an audience and trample over their freedom in the manner they did. I would love to hear what you and CSUN will do about this event and what kind of measures will be taken in the future.