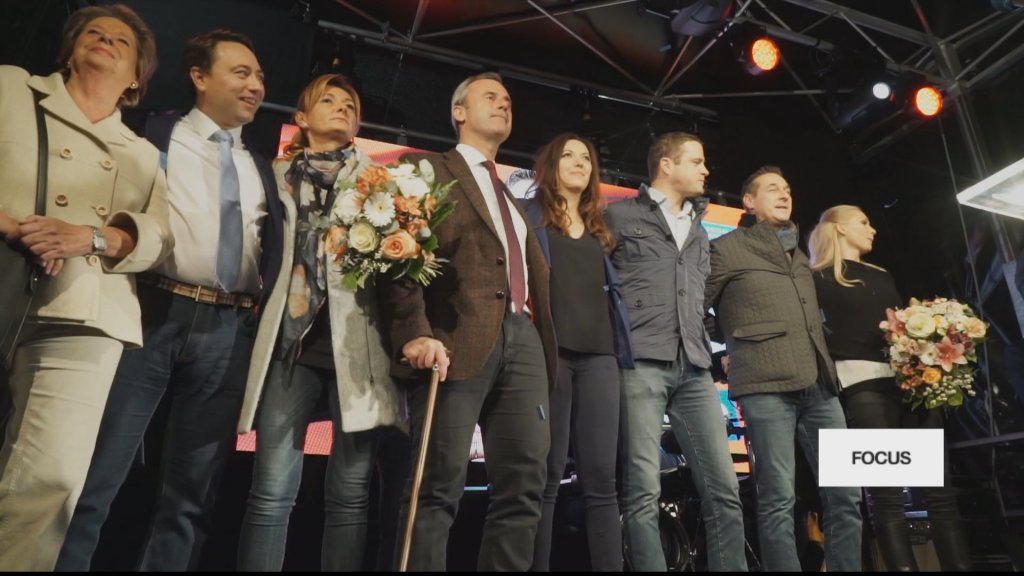 On March 12, Austria marked the 80th anniversary of its annexation by Germany, which was under the rule of the Nazi regime at the time. In 1938, Nazi Germany's supreme leader Adolf Hitler ordered 200,000 of his soldiers, the SS and police officers to invade Austria, his native country, subsequently declaring its Anschluss (annexation).

The anniversary commemorations were justifiably reported in the international press with the reminder of Austria's Nazi past and the remarkable rise of the far-right Austrian Freedom Party (FPÖ) in the recent elections. It is known that the FPÖ was founded by former Nazis in the 1950s.

In 2000, when the FPÖ had won 27 percent of the vote in the general election and joined the center-right Austrian People's Party (ÖVP) in government, governments in Europe and beyond reacted with shock and outrage. The EU imposed diplomatic sanctions.

The European Parliament stated that Austria should be suspended if the new government breached European principles. Israel withdrew its ambassador. Major news outlets such as The New York Times voiced their condemnation as well. The New York Times urged the Clinton administration to withdraw its ambassador as well. Despite all this international condemnation and pressure, the ÖVP-FPÖ coalition survived its pariah status uneasily for five years and then fell apart in 2005.

Seventeen years after this first coalition, in the last Austrian general election, the ÖVP and the FPÖ emerged as the big winners, gaining 32 percent and 26 percent of the vote respectively following a campaign in which they vied with one another to prove that they were more anti-immigrant and anti-Muslim than the other. Both of them were so successful in their campaigns that they are now in power as coalition partners.

A number of past and present academic studies have pointed to a tendency in Austrian society: placing all the blame of the misdeeds of Nazi era and the horror of the Holocaust on their "bad brother" Germany.

After World War II, a considerable portion of the Austrian population successfully claimed that they were the first victims of Nazi Germany's expansionist policies. They self-consciously distanced themselves from having the slightest connection with Nazi Germany, in spite of the obvious facts that they consider themselves so strongly as "German-Austrians".

Moreover, the Anschluss of Austria by Nazi Germany on March 12, 1938 was accompanied by euphoric celebrations by large segments of the Austrian population. Certain academic sources point out in this respect that when German troops marched into Austria in March 1938, they were greeted with such frenzied acclamation that apparently it took even Hitler by surprise.

A few weeks later, a plebiscite was organized, in which the Austrians were asked to endorse the Anschluss. As mentioned above, the plebiscite resulted in an almost unanimous affirmative vote (99.73 percent).

These examples, from my perspective, not only discredit, but in some sense defeat the claims that Austria was the first victim of Nazi Germany's aggression and that it shares no blame in the atrocities committed by the Nazi regime.

This victimhood theory might be valid for some segments of Austrian society. However, taking into account the historical evidence, it seems that it is very hard to make generalization in this respect and to say that Austrian society as a whole was innocent in the terms of the atrocities committed by the Nazi regime.

What was said above on the basis of the academic research studies was confirmed by the Austrian President Alexander Van der Bellen a few days ago during a ceremony held in Vienna at the former imperial palace where Hitler had addressed a crowd of hundreds of thousands to announce the Anschluss.

According to news reports, in his speech, President Van der Bellen urged Austrians to be vigilant about the threats to democracy and said that "Austria used to see itself as the first victim of National Socialism [Nazism]. That is certainly true for all those who fought in the resistance, whom we cannot thank enough, and who will always be shining examples… But the ones who stood in such great numbers and celebrated in March 1938 in Heroes' Square were no victims. The ones who watched and participated when their neighbors were robbed, expelled and murdered were no victims."

He further said that "we have realized that Austria was not only a victim but also a perpetrator."

These words of the Austrian president clearly demonstrate what I am trying to argue: Austria shares the blame of atrocities perpetrated by the Nazi regime. The disturbing mentality that induced so many Austrians to go out and express support for Germany's Nazi regime in 1938 continues today, albeit in a "modernized" form. Today, more than 25 percent of Austrian voters support the far-right FPÖ which was founded by ex-Nazis.

In Germany, the sister of the FPÖ, the Alternative for Germany (AfD) party came in third place with 13 percent of the votes in the last general election. It became the first far-right party to enter Germany's parliament since the World War II. Taking into account undecided voters who contemplate about voting for them, these percentages for FPÖ and AfD may comfortably rise to one third of the voters of these countries.

For years, the EU has reminded others of the importance of European Values. The EU, on its official website, describes these values as being "common to the member countries in a society in which inclusion, tolerance, justice, solidarity and non-discrimination prevail" and considers that "these values are an integral part of our European way of life."

If these are the European values that are an integral part of the European way of life, the EU and its organs such as the European Parliament should immediately set into motion procedures for questioning just how much its member states take into account the application of the values of inclusion, tolerance, and especially non-discrimination in their societies.

Failing to do this, the EU is instead patronizing other countries about European values its own member states are neglecting. As rightly mentioned in the title of one of a Guardian editorial, nowadays all European countries, whether they are EU members or not, are faced with "an old threat in a new guise."