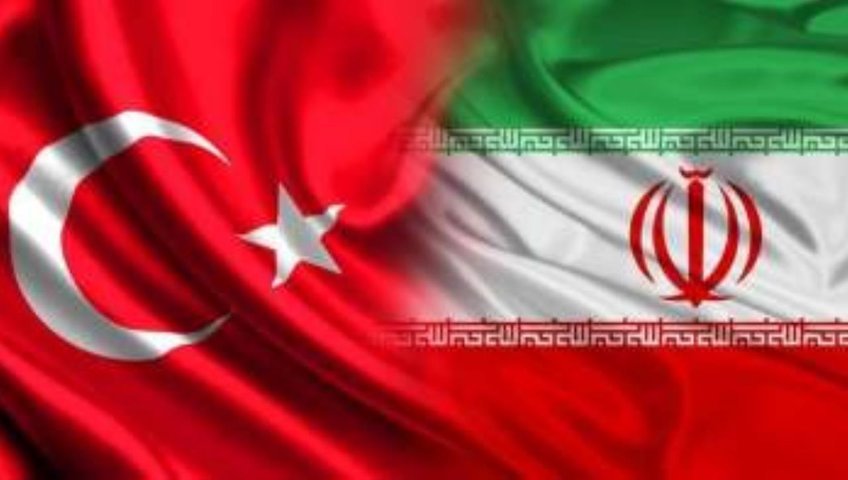 Statement of the Problem

1.      Rarely are religious-ethnic approaches constructive and able to create stable political co-existence and sustainable peace. Nevertheless, whether we like it or not, the Middle Eastern political life has always intertwined with different religious and ethnic variables during history. For this, we must ponder a methodology based on common values such as rationality, philosophy, moderate democracy and original balance of power free from zero sum-game approaches, in order to be able to cross identical gaps.
2.      I would like to highlight a spiritual, intellectual and ideal scope that is inspired by the "hermeneutics" of Ibn-e- Khaldoon and the "sociology of history" of Max Webber to raise the following questions: How do Iranian and Turkish narratives co-act and interact with each other in the Middle East? Why it is likely that they lose their civil credibility in the vicious circle of the Middle East? How can they exit from this context, and preserve their own lofty civilization and moral reputation?

Iranian and Turkish Narratives in the Middle Ages: Historical Example

1.      The golden age of the Islamic civilization during the Middle-Ages was an outcome of ethnic and religious "reconciliation" in the Middle East. Religious and social reconciliation transformed the region from tribal sword to civil pen and laid out a platform of huge intellectual and infrastructural development in the Islamic lands. Followers of sects and ethnicities benefited from the tolerance of the governors and in return they offered their own achievements to society, a fact which brought about robust socio-political dynamism. Hence, civilization replaced tribal conflicts.

2.      Thereafter, due to the political game between the Shia Fatemid and Sunni Seljuk empires, religious-ethnic rivalry in the Islamic World was fueled and ended in the big decline. In effect, the political actors misused religion and ethnicity to balance each other geopolitically, and embarked on expanding their own strategic depth via religious-ethnic provocative elements. Accordingly, they tried to defuse each other's spiritual platforms. For instance, the Seljuk political dynasty, who owned hegemonic influence in the region and reigned over the Caliphate of Baghdad, accompanied by their supporting schools of thought, mulled a grand strategy to overthrow "philosophy". It was aimed at dismantling the basic spiritual platform of Shia inside their empire and Fatemids in Egypt. This malicious reactionary style of the political actors overshadowed any positive endeavors and replaced it by negative hysterical approaches which restricted dialogue amongst the narratives, and caused a spiritual void and identity crisis. In the end, in the absence of philosophy, the productive potentiality of the Islamic civilization under the Seljuks declined. In a nut- shell, due to a zero-sum game logic among the actors, the intellectual capacity of both Iranians and the Turks, and Shia and Sunni, such as rationality and philosophy, faded and made the Islamic lands susceptible to a spiritual gap. It finally ended up in extremist Salafism coincident with the Mongol invasion.

Iranian and Turkish Narratives in the Contemporary Era: History Repeats itself

1.      Developments in the Middle East as well as intra-regional coalitions and alliances have mostly an ideological or identity dimension. In other words, regional strategies are inspired and fueled by ideas and identities. Bobby S. Sayyid, the author of “A Fundamental Fear: Eurocentrism and the Emergence of Islamism,” believes that at present four worldviews and narrations: that is, the Western one as well as Iran's revolutionary worldview, Arab Sultanism, and Turkish Kemalism (with the latter being developed and revised by Turkey’s ruling Justice and Development Party) rival in the region. He says that while sultanate regimes are in decline, other worldviews are not able to offer any complete and absolute substitute and replacement for them. As a result, about 20 years ago, he imagined an uncertain and undetermined situation for the Middle East in which Turkey’s Kemalism would compete with the Iranian way of thinking.

2.      At present, we practically see that the rivalry among the aforesaid worldviews, the existence of theoretical, spiritual and identity gaps, in addition to foreign and security-based interventions have joined hands to shape a tragic situation in the Middle East. When rationalist worldviews such as Turkish and Iranian views defuse each other’s energy, the result is that both damage their reputation, and their rich civilizational potential becomes undermined. Secondly, instead of engaging in a "civil" environment, the atmosphere of life inside and outside of the two heavy-weight actors of the region is mixed with a "security" environment. In a securitized atmosphere, economic and civil developments are being curtailed.

3.      Within this ill- situation, instead of developing their power in the region as a "process", Iran and Turkey must develop themselves as a "project". It means that their "process" aspect will be damaged in the current climate of the Middle East and it will be a major blow on both countries.

4.      Instead of productive competition, if the Iranian and Turkish worldviews rival, the final outcome of this situation will be an identity gap that will result in the historical incentive for further expansion of Salafi ideas, extremism and terrorism. Under these circumstances there would be no room for the development of the Islamic Republic of Iran's tenets. The civil ideas of the Muslim Brotherhood would not thrive either. Moreover, the political philosophy of civil and economy-based AKP, which claims not to be bound by party limits but to be a political movement, will not have the chance to develop its own political philosophy.

5.      The current situation of relations between the two countries with regard to regional issues is to some extent reminiscent of a lose-lose game and will be detrimental to both sides and only beneficial to Salafism, Gulenism and Zionism who are their common enemies.

1.      Iran and Turkey have to be careful about their intellectual and "process" assets. They should release themselves from the above- mentioned fabricated structure which offers breathing space for dogmatic tribal discourses. Despite the differences between the two countries over regional issues and Turkey’s membership in NATO, one of the easiest solutions could be a relative expansion of cooperation between Tehran and Ankara.

2.      Due to historical and religious reasons and since they have been a venue for encounters among different worldviews, Turkey and Iran have basically been free from fanaticism and promoters of "moderation" and constitutionalism. First of all, the Anatolian Islam has always felt some kind of affinity with Iran throughout history due to three major factors that abound in it, that is, mysticism, philosophy, and the love of Prophet Muhammad (PBUH)’s Household. Secondly, the two sides enjoy common grounds including commonalities in the fields such as religious and cultural identity and history as well as common experiences in the area of modernity and interaction with the Western powers. The bilateral ties are mostly free from any religious and ethnic hatred. Thirdly, the two countries share a common fate right now in the face of major trans-regional powers.

3.      Through a Turkish- Iranian cooperation it would be possible to tone down or defuse psychological operations and propaganda that aim to fan the flames of a Shia-Sunni war. I am confident they can open unprecedented channels to help peace and security of the Islamic world through moderation.

4.      Through moderation and fighting with extremism, unique spiritual opportunities will be in the hands of each to develop itself as "process" particularly in the tribal lands.

5.      Master plans of the big powers against the region will inflict noticeable danger upon both. Joint performances of Tehran and Ankara must defy common threats particularly when it comes to the risk of territorial disintegration of the neighboring countries. The historical trip of the Iranian chief of staff to Turkey is a decisive contribution.

*The views expressed in this article are the authors’ own and do not necessarily reflect IRAM’s editorial policy.

Link to the where the article was originally published: http://iramcenter.org/en/iran-turkey-spiritual-beacons-of-moderation-and-peace-in-the-middle-east/